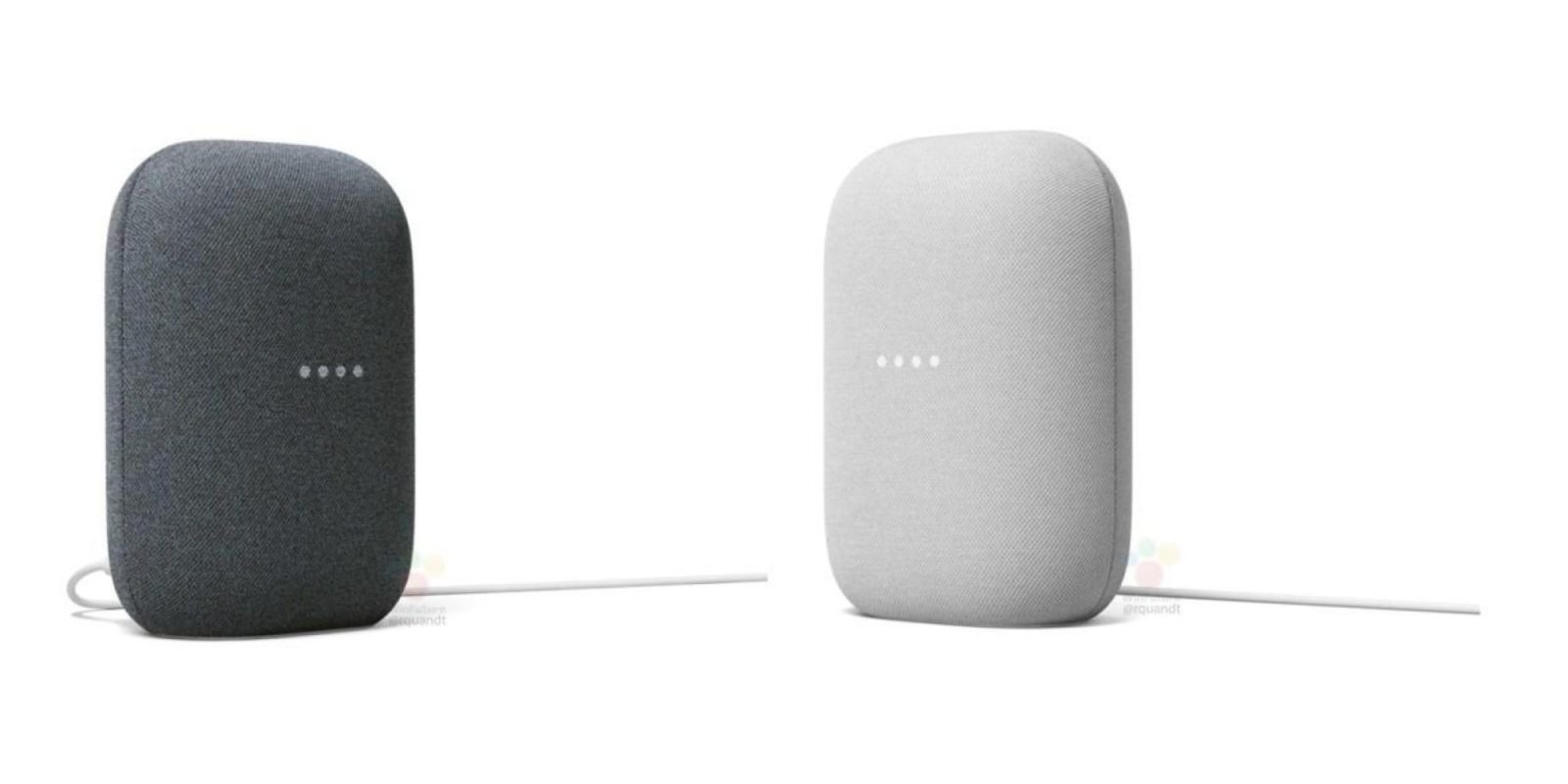 Back in June, we exclusively reported on a new Nest speaker. Images of that device were inadvertently revealed by a Japanese regulatory agency and Google later confirmed the design. It’s set to be officially announced at the end of this month under a possible “Nest Audio” brand. A leak today (via WinFuture) shows off official product images of the Nest Audio.

In addition to revealing the Chromecast with Google TV, WinFuture today posted a gallery of leaked Nest Audio imagery. Like the official confirmation in July, we see a rather tall speaker that is not too wide. When listening for a voice command or replying, four centered lights will activate on the speaker’s front face.

The rear is home to the standard microphone mute switch that disables the hotword. Placed pretty high above, it should be easy to access without looking. Underneath that is a “G” logo, while the bottom right corner is home to the power plug and white cable, which should be removable.

Everything is covered by a fabric covering and we today see the very standard “Charcoal” (dark gray) and “Chalk” (light gray). Other colors we’re expecting include a pink/sand that’s like the Pixelbook Go, and a light blue.

The WinFuture leak does not provide any Nest Audio specifications, but it should be fairly standard smart speaker internals. We previously reported that the sound quality could slot in somewhere between the discontinued Google Home and premium Home Max.

Meanwhile, earlier this week, we discovered how there’s a reference to the “Nest Audio” in the Google Home companion client for Android.