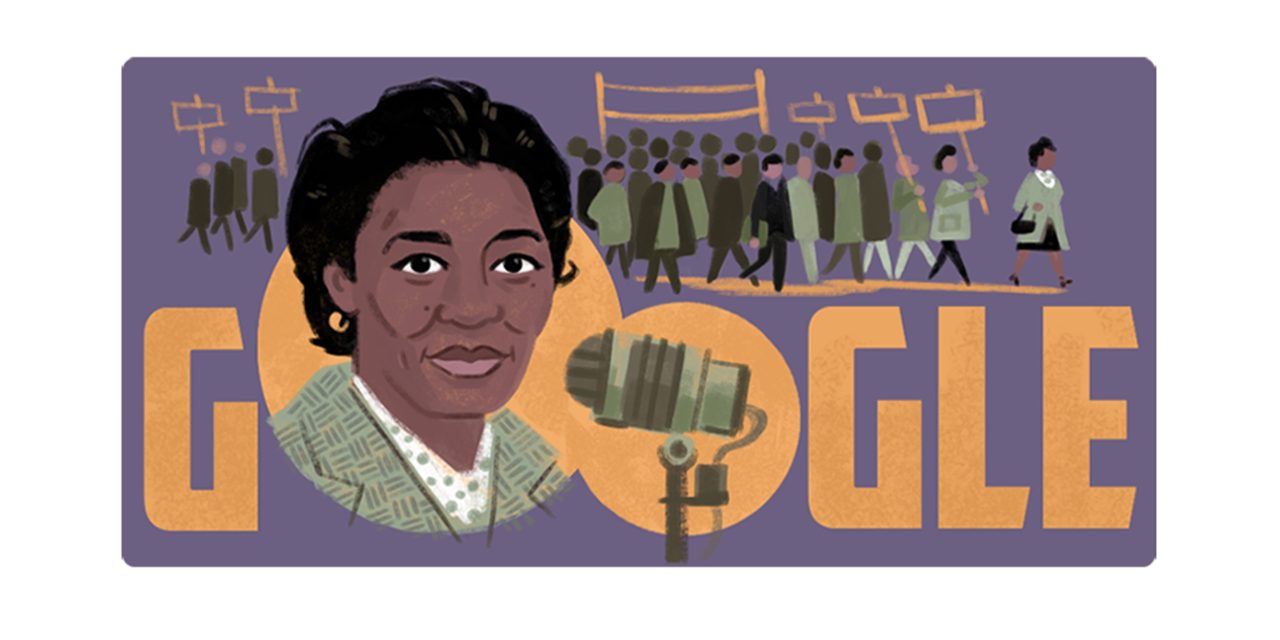 Claudia Jones, feminist, anti-racism campaigner, and the organiser of what became the pre-cursor to the immensely popular Notting Hill Carnival in London, is today being honored as today’s Google Doodle in the UK.

On this day in 2008, Jones was honored with a Great British Stamp in the “Women of Distinction” series to commemorate her lifetime of pioneering activism. A multitalented individual, Jones was not pigeonholed by one title or profession. She proved to be a voice for the Black community across the globe.

This honour belongs to that of Rhaune Laslett (also known as Rhaune Laslett-O’Brien) the daughter of a Native American mother and Russian father. Laslett’s work in organising The Notting Hill Fayre and Pageant in 1966 is widely regarded at the “true” beginning of the Notting Hill Carnival.

Claudia Jones was born Claudia Vera Cumberbatch on February 21, 1915, in Port of Spain, Trinidad and Tobago. At 8 years old, she and her family emigrated to Harlem in New York City. A passionate writer, Jones contributed to and led a variety of Communist publications as a young adult, and she spent much of her adulthood as an active member of the Communist Party USA.

A champion for civil rights, gender equality, and decolonization, Claudia Jones focused much of her work on the liberation of Black women across the globe from the racism, classism, and sexism they faced (and still face) every day.

As an activist, Jones was imprisoned on multiple occasions. This eventually led to her deportation to the United Kingdom in 1955. However, undeterred, she continued to work tirelessly with the West Indian community in London. Jones also helped organise events and indoor concerts that helped pave the wave for the creation of the annual Notting Hill Carnival, which celebrates the shared history of the Caribbean community within London and the UK.

Today, when hitting the main Search page in the United Kingdom, visitors will see today’s Google Doodle featuring Claudia Jones which that highlights her in the UK and across the globe.