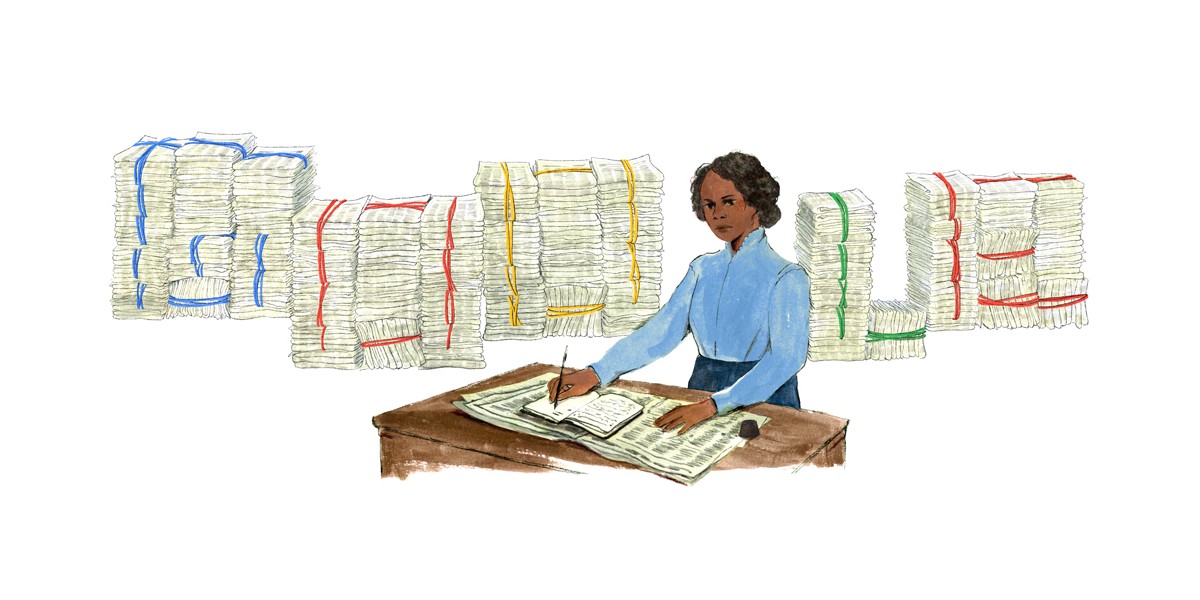 Today’s Google Doodle celebrates the 197th birthday of Canadian-American abolitionist and suffragist Mary Ann Shadd Cary, who, among other accomplishments, is known as the first Black female newspaper editor in North America.

On this day in 1823, the woman we know of today as Mary Ann Shadd Cary was born in Wilmington, Delaware. Her parents, Abraham D. Shadd and Harriet Parnell, both being free African-Americans, were strongly in support of abolishing slavery and also offered their home as a station on the Underground Railroad.

The Shadd family, seeking a future for themselves and their children, were coerced into moving out of Delaware when the state’s law changed making it illegal to educate Black children. From their new home in Pennsylvania, Mary Ann Shadd attended a Quaker boarding school. Upon returning home from school, Mary Ann, still a teenager, used her education to found a school for Black children, the first of many schools she would teach.

Following the passing of the Fugitive Slave Act of 1850, which required any captured slaves to be returned to their masters, Mary Ann and the whole Shadd family moved to Canada. From Canada, Mary Ann Shadd began a career of writing and publishing abolitionist pamphlets, which led to her founding The Provincial Freemen, a weekly newspaper written to be read by escaped slaves. For this, she is recognized as the first Black woman to be a newspaper publisher and editor across North America.

While managing The Provincial Freemen, Mary Ann Shadd met and married Thomas Cary, though he tragically died a few years later. Not long after this, Mary Ann Shadd Cary and her children moved back to the United States. Before age 60, she attended Howard University in Washington, D.C. and became the second Black woman to earn a law degree in the US.

Today’s Google Doodle, contributed by artist Michelle Theodore, shows Mary Ann Shadd Cary hard at work on The Provincial Freemen, with stacks of bundles of the newspaper serving to spell out most of the word “Google.”

Elsewhere in the world today, visitors of the Google homepage from South Korea will be treated to an animated Doodle celebrating Hangul Day, a holiday dedicated to the invention of Korea’s Hangul alphabet in 1446.