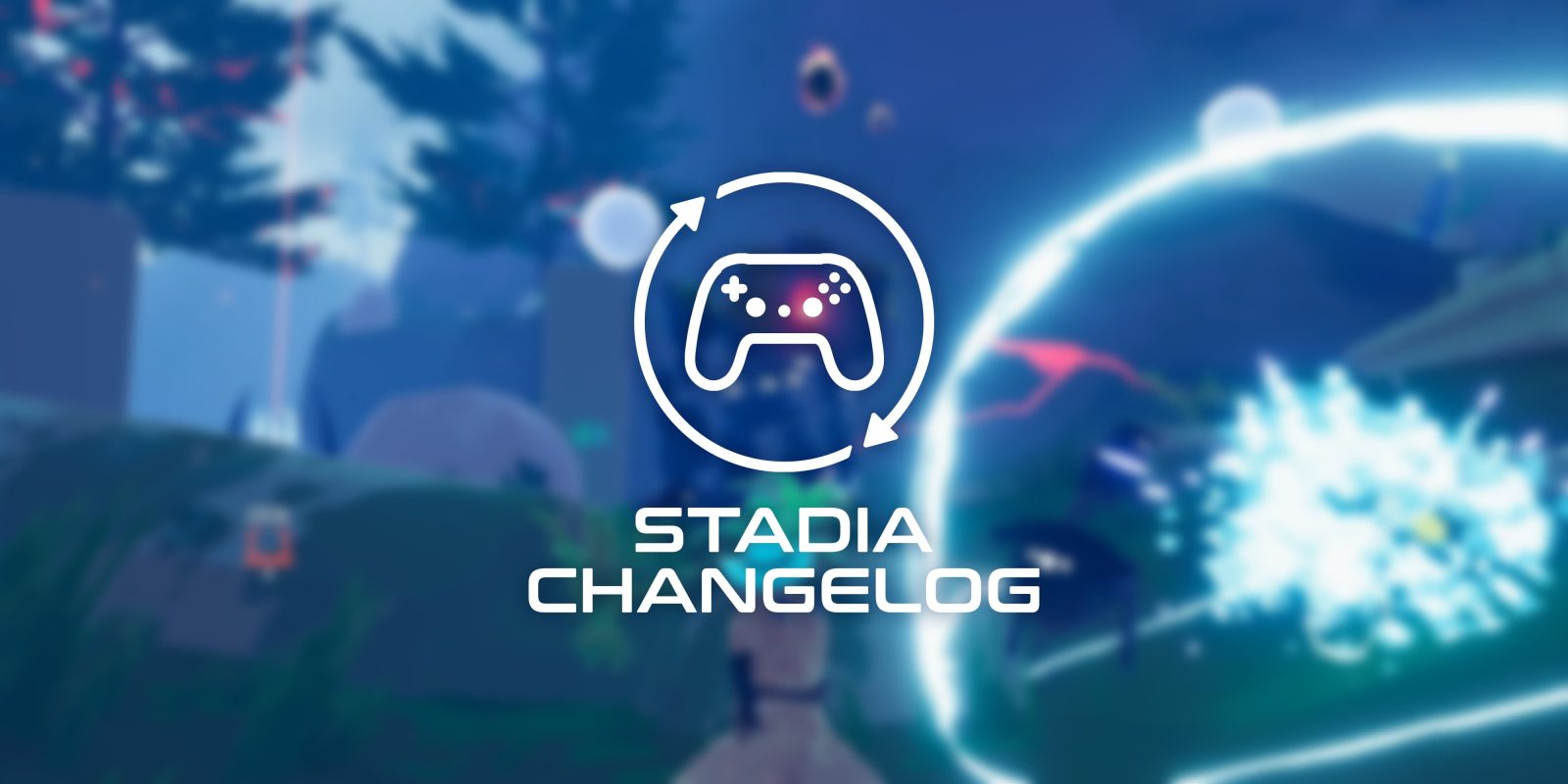 The penultimate week of 2020 has seen the end of Google’s apparently very successful Cyberpunk 2077 promotion, the arrival of Ubisoft+, 3 new games, and plenty of updates. Plus, the hit Risk of Rain 2 announced coming expansion packs.

As 2020 comes to a close, Stadia only has two more weeks to hit its promise of 135 games on the platform. This week, just three games pushed towards that total, including:

This was one of the slowest weeks for game releases on Stadia in quite a while, but that’s not really surprising. The hype that led up to Cyberpunk 2077 certainly influenced decisions from other studios, though in hindsight, some big releases after that trainwreck might have been pretty good.

Ubisoft+ is now on Stadia

As promised, the $15/month all-you-can-play Ubisoft+ service has now launched support for Google Stadia. The service provides access to nearly 100 games on PC, as well as nearly 20 on Stadia. You can read more here.

One of our favorite games on Stadia today is Risk of Rain 2, an insanely fun multiplayer roguelike that arrived on Stadia with an exclusive level over the Summer. At the time, the game had only just left its early access and released the v1.0 update. Now, the developers of the game are detailing their plans for the future.

In a post this week, Hoppo Games posted the first details on not one, but two expansions coming to Risk of Rain 2 in 2021. The first Risk of Rain 2 expansion will arrive in March 2021 as a free update. That Anniversary expansion will bring a new survivor, a new boss, new items, and new skills for five of the game’s characters among other, smaller changes.

Later in 2021, Risk of Rain 2 will pick up a paid expansion, which will arrive over the course of a few updates. With that expansion, players can expect more characters, bosses, items, stages, events, elite types, a new game mode, and even alternate final boss stages. Plus, this Risk of Rain 2 paid expansion will also deliver more music, which is a huge highlight of the game.

The update will likely arrive on PC first, but with the Stadia port of Risk of Rain 2 being based on that version, it will likely follow close behind.

Less of a game update and more of a behind-the-scenes update for racing fans. Codemasters, the studio behind GRID, Dirt 5, and other excellent racing games is being acquired by EA to the tune of $1.2 billion. The acquisition will be completed in 2021. The official press release has more details on the deal.

After debuting on PC and PlayStation last week, the 1.0.4 hotfix patch for Cyberpunk 2077 has arrived on Stadia too. The full changelog is available here.

After being announced recently, the Winter’s Edge update for Crayta has gone live with new game-building assets themed for the season as well as costumes and more.

A patch to Marvel’s Avengers rolled out this week, though the timing wasn’t confirmed on Stadia officially, which brings a host of bug fixes and some tweaks such as the ability to replay Kate Bishop’s Harm Room. You can read the full patch notes here.

Early on this week, Destiny 2 picked up the 3.0.1.2 update. As explained in the official patch notes, this update makes some adjustments to “Season of the Hunt” and fixes some bugs. There are no Stadia-specific changes.

This week, two minor updates rolled out to Immortals: Fenyx Rising. Version 1.0.4 is live on Stadia now with some minor bug fixes and general improvements, but 1.0.5 is only on PC, PS5, and PS4, for now.

Ahead of the game’s full release in 2021, the Opening Cinematic of Hitman 3 has been released.

Destroy All Humans! gets Holiday Skins

The recently-arrived Destroy All Humans! remake released two new holiday-themed skins on all platforms this week.

While we know more games are probably on their way for Stadia, announcements have been slim this week. On Thursday, Google announced three games headed to the platform but with no timelines in tow:

Looking at games that have been rated for Stadia, this week we’ve seen just a couple, thanks as always to our good friends over at StadiaSource.

With next week being the last week of 2020, Google will have to actually release at least one game to set the platform over 100 actual games, not counting DLC and upgraded editions.

While the rest of the gaming community has gone all in on Cyberpunk, I’ve been enjoying a game from last year. Jedi: Fallen Order was one of my main plays this week as I get immersed in the world that it builds up. As a big Star Wars fan, I’ve been wanting to play this game for a while, and I’m glad it’s finally on Stadia. It was one of the games I really wanted back at launch. Outside of that, Risk of Rain 2 sucked up a ton of extra hours for me yet again, this time with a couple of nights with my wife and two friends who are brand new Stadia players all getting multiple hours-long sessions in. This game has remained one of my favorites on Stadia, and the fact that it’s free on Pro has allowed me to pull more friends into the platform to try it out.

To be honest, I’ve not really deviated too much from Cyberpunk 2077 or Red Dead Redemption 2 this week, but I have been trying to get back into Assassin’s Creed Valhalla. I have to say though that I have been absolutely enamored with Stadia on iPad. Stadia was exceptional as a stop-gap and even though the Safari web app workaround is a weird way of accessing Stadia, it’s so needed for the platform. Considering that I’m pretty platform agnostic, I am going to say outright that the way to play Stadia for me is on the iPad. It’s the perfect screen size for mobile gaming, and I can use the Xbox One gamepad, which I really think might be borderline perfect.

This week, like a lot of Stadia players, I am playing Cyberpunk 2077. This game is my first game on Stadia, so it’s been quite an experience. I had been playing on M1 MacBook Air until yesterday when my free Stadia controller arrived. I hadn’t been following this game’s development as many had, and I didn’t pre-order until a few weeks before it came. Playing on Stadia and changing between my laptop and the Stadia controller on Chromecast has been fantastic. I am enjoying the game so far, and I am delighted that I don’t have to download 6GB patches either. After I finish the main quest, I plan to move to Jedi Fallen Order.