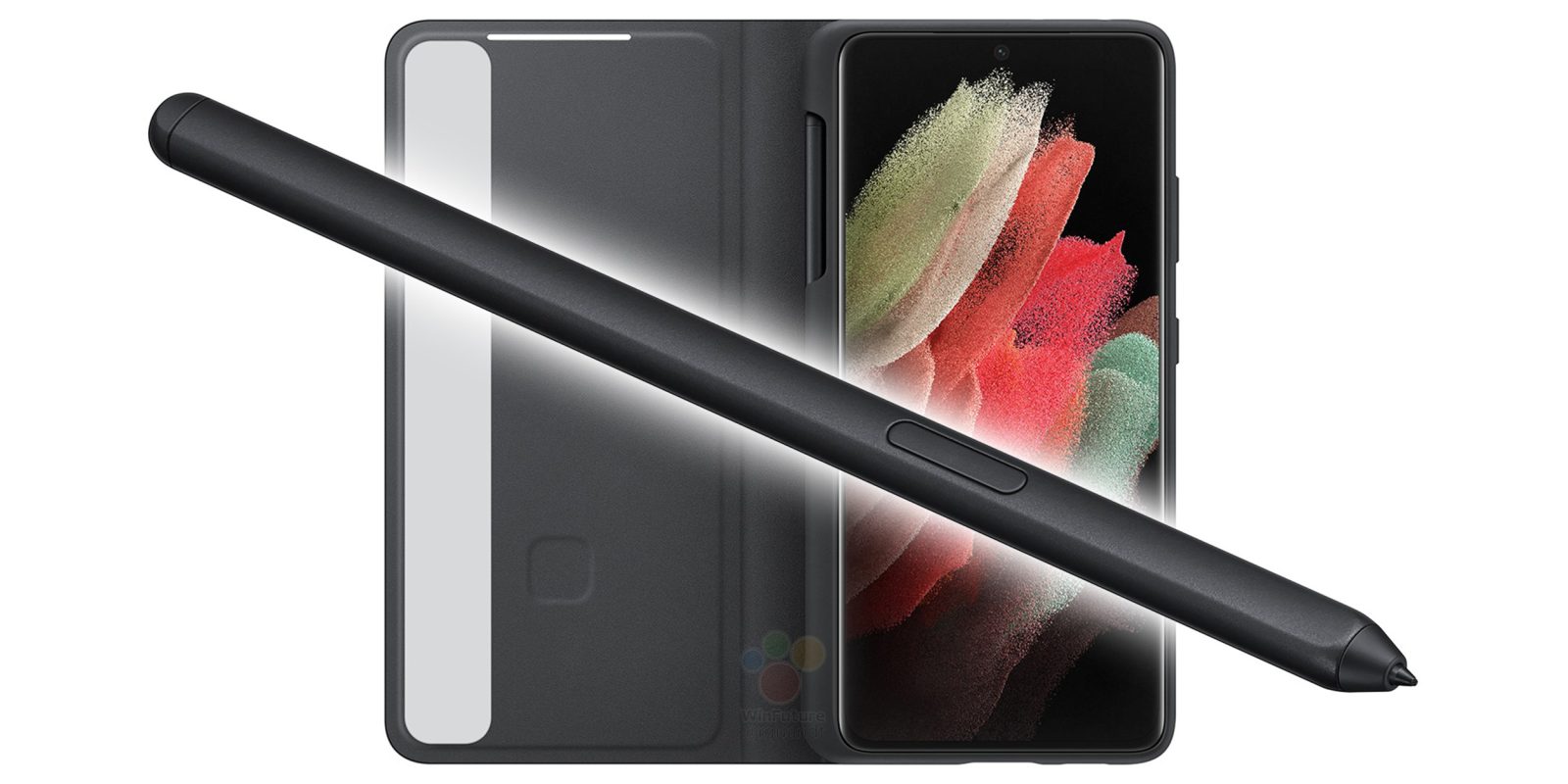 The first renders of the optional Galaxy S21 S Pen have now been shared online alongside a carry case which no doubt signals Samsung’s intent to call time on the Note series in the future.

[Update: 01/12]: As we edge ever closer to the official unveiling of the Samsung Galaxy S21 series, yet more press renders and leaks are mounting. We have now been offered images of another of the optional Galaxy S21 S Pen cases and how it will look in situ courtesy of WinFuture.de.

Rather than being a flip case, this silicone offering will have a side slot for the S Pen, which does mean it’s slightly thicker at one side than the standard silicone cases that we’ve seen on other Galaxy devices previously. It’s a unique solution to the optional accessory but there is no denying that the Note series solution is exponentially more elegant.

You can check them out below:

While the addition of stylus support was already known, the convergence of the Galaxy S and Note lines in recent years has been a drawn-out affair. These renders really do give off Note vibes, especially with the flip case having a holster for the optional screen stylus.

It’s hard to tell just what physical differences there will be with the Galaxy S21 S Pen versus the Note series S Pen, but the renders do indicate that while the main design will be similar, it will have a slightly chunkier physical size. According to WinFuture.de, the new S Pen will include a pressure-sensitive tip with digitizer technology from Wacom being integrated.

The customary side button will be present, which will allow you to access menus and potentially a remote shutter control within the camera app. Though while the main hardware features remain intact, there will be no “clicky” mechanism at the top of the Galaxy S21 S Pen. It will instead have a pressure-sensitive area that can be used to scroll through presentations, pause/play videos, and more.

Other common software features include annotation, gesture support, and accelerometer support. Integration with the Samsung Notes app is also expected, with various color effects and more. It’s not known if the off-screen note-taking feature will be present though.

As for the case renders, the Galaxy S21 S Pen will slot into a left-sided holster but this too will be an optional extra. You can simply purchase the S Pen as a standalone accessory without the accompanying flip cover. We do hope that Samsung will integrate some sort of tracking capability, as we can see the S Pen being easy to lose or misplace.

This latest leak touts a €40 price tag for the Galaxy S21 S Pen, which is quite steep for an extra such as this. However, for those that were potentially looking at the Note 20 series previously, it might have your head turned. Expect to learn more at the now confirmed Unpacked 2021 launch event on January 14.