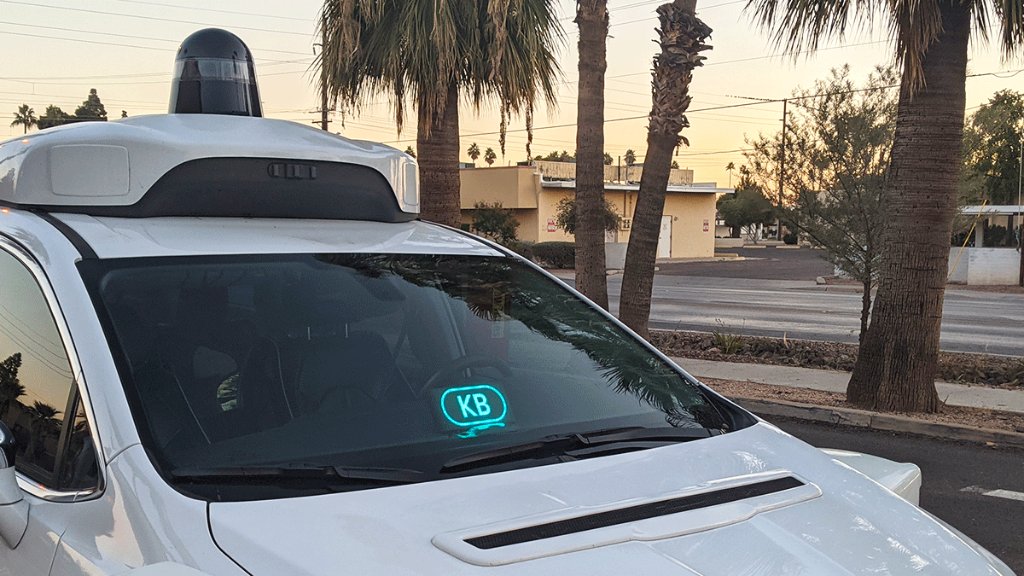 Unlike other ride-hailing services, all the vehicles currently used for Waymo One are identical. Waymo’s solution for differentiating cars is to add a screen behind the windshield that displays a custom two-letter code.

To “personalize your car so you know it’s for you,” Waymo has added a small screen that displays two letters in a green oval upon arrival. This code can be set in the Waymo app and is well suited for initials or any other combination.

At the moment, passengers have to do the standard process of matching the license plate. They do not have the benefit of looking for car model or color as Waymo One currently uses just one vehicle: a white Chrysler Pacifica. The Alphabet division is working to add the Jaguar I-Pace, but these vehicles will also be the same color.

This solution is similar to how Lyft has a dashboard light that doubles to display a welcome message on the other side. It will be especially useful following the service’s wider launch.

Waymo One is currently only operating in Phoenix, Arizona, with no expansion plans to other cities detailed yet. Earlier in the year, the company announced that it was dropping the “self-driving” term to describe its vehicles. Rather, it’s going with “autonomous” technology to differentiate from driver-assist features:

This is more than just a branding or linguistic exercise. Unfortunately, we see that some automakers use the term “self-driving” in an inaccurate way, giving consumers and the general public a false impression of the capabilities of driver assist (not fully autonomous) technology. That false impression can lead someone to unknowingly take risks (like taking their hands off the steering wheel) that could jeopardize not only their own safety but the safety of people around them.