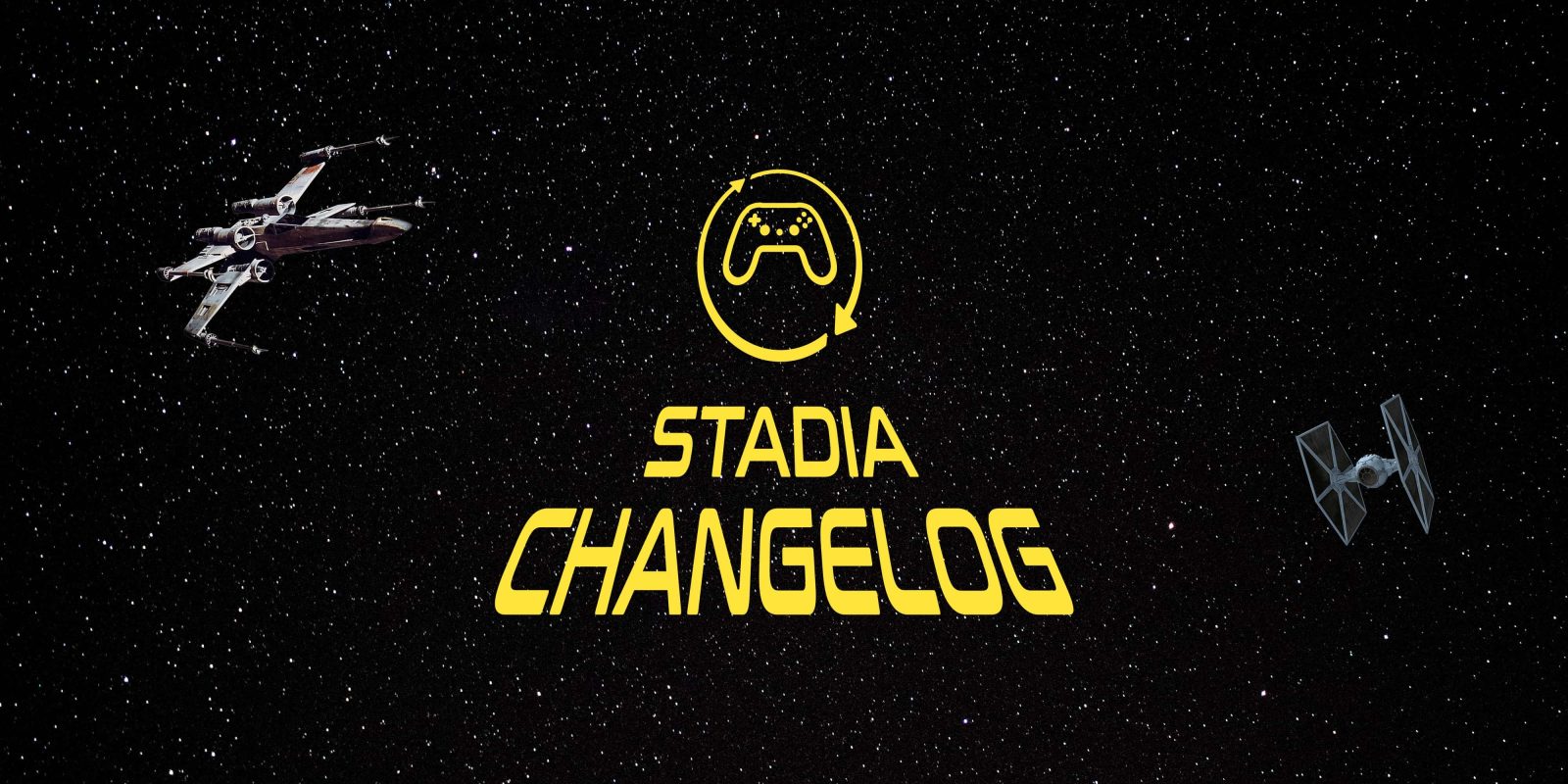 There’s been a drought of Stadia news for the past couple of weeks, but finally we had a couple of meaningful bits of news for Stadia this past week. That includes the launch of Scott Pilgrim on Stadia, as well as the surprise announcement that Ubisoft is making a Star Wars game.

New game releases in January are not common, but there was one new addition to Stadia this week. As scheduled, Ubisoft released Scott Pilgrim vs The World: The Game for $14.99 this week.

Available as of January 14 on Stadia, Immortals: Fenyx Rising 1.1.0 brings with it a handful of bug fixes and tweaks to the game, but most notably adds support for the upcoming “A New God” DLC. You can see the full changelog on Ubisoft’s website.

Released on January 14, Assassin’s Creed Valhalla picked up the 1.1.1 update which delivers Ubisoft Connect achievements and addresses a bunch of long-standing bugs. There’s also a Stadia-specific fix for an issue that caused the time on a save to not reflect local time. You can read the full changelog for this update here.

Without going into spoilers, the developers behind Hitman 3 took to a new video to talk about the upcoming game and its thrilling conclusion to the World of Assassination Trilogy. Hitman 3 releases on January 20.

An easy way to improve the Stadia experience on computers is to install the third-party “Stadia Enhanced” Chrome extension. This week, the extension added the handy ability to filter clips and screenshots.

Showing off the beauty of cloud gaming, Stadia-exclusive Orcs Must Die 3! confirmed over three months of patches this week that have been rolling out in the background since September. You can read more here.

Nearly a month went by between the launch of Cyberpunk 2077 1.06 on other platforms versus this week’s Stadia release. The wait was worth it, though, as this update brings a whole lot of changes that are specific to the Stadia port of the game. You can read more about it here.

Ubisoft’s upcoming Riders Republic game, confirmed to come to Stadia, has been delayed to sometime in late 2021. The game was originally scheduled for February 2021.

After a drought of over two months, NBA 2K21 finally saw a roster update this week. Reddit users reported the change on Tuesday, ironically at the same time we put a spotlight on 2K’s ongoing neglect of the game’s Stadia port. Hopefully, roster updates will be a lot more regular going forward.

Wednesday saw the reveal of some really good news — the Star Wars universe is expanding beyond EA. Ubisoft is currently in development on a new Star Wars video game that uses the open-world concept popularized by titles such as Breath of the Wild and Spider-Man. Details on this new Ubisoft Star Wars release are slim, but apparently, the game is being developed by Ubisoft Massive which is responsible in part for The Crew 2 and The Division 2. Nothing is known about where the game is set in the Star Wars timeline or what characters we’ll be following.

The best bit of unspoken news here is that because the game is being developed by Ubisoft, this Star Wars title is almost guaranteed to see a debut on Stadia, likely even day and date with other platforms. That’s really exciting!

Google confirmed that the game “Tohu” would be launching on Stadia on January 28.

Launching on March 28, Monster Jam Steel Titans 2 is confirmed to launch on Stadia (via Cloudy). The game will cost $39.99, and most notably, will add multiplayer features to the game. The predecessor is currently available on Stadia and was a Stadia Pro game, too.

As some in the community noted this week, Mediatonic put out a poll this week asking for feedback from the community. The Fall Guys developer asked where people want to see the game released, putting Stadia second on the list. This does not mean the game is definitely coming, but it’s clear that it’s at least being considered.

Between CES 2021 and the Galaxy S21 launch, gaming has been at the bottom of my priority list. The little bit of time I have had to play has been spent on Outcasters, if only to remind me how bad I am at this game. The Stadia exclusive is such a great concept and is super fun even when you lose, but man, I am just struggling to get anything close to “skill.” Finally I managed to win on Last Caster Standing match on Friday, but it was a bit of a hollow victory as it was a match with mostly bots. In another match, I was able to last in third place in a group of actual players.

Given the heavy workload we saw this week, I wasn’t alone in that, as my colleagues also had no time to spend on Stadia.