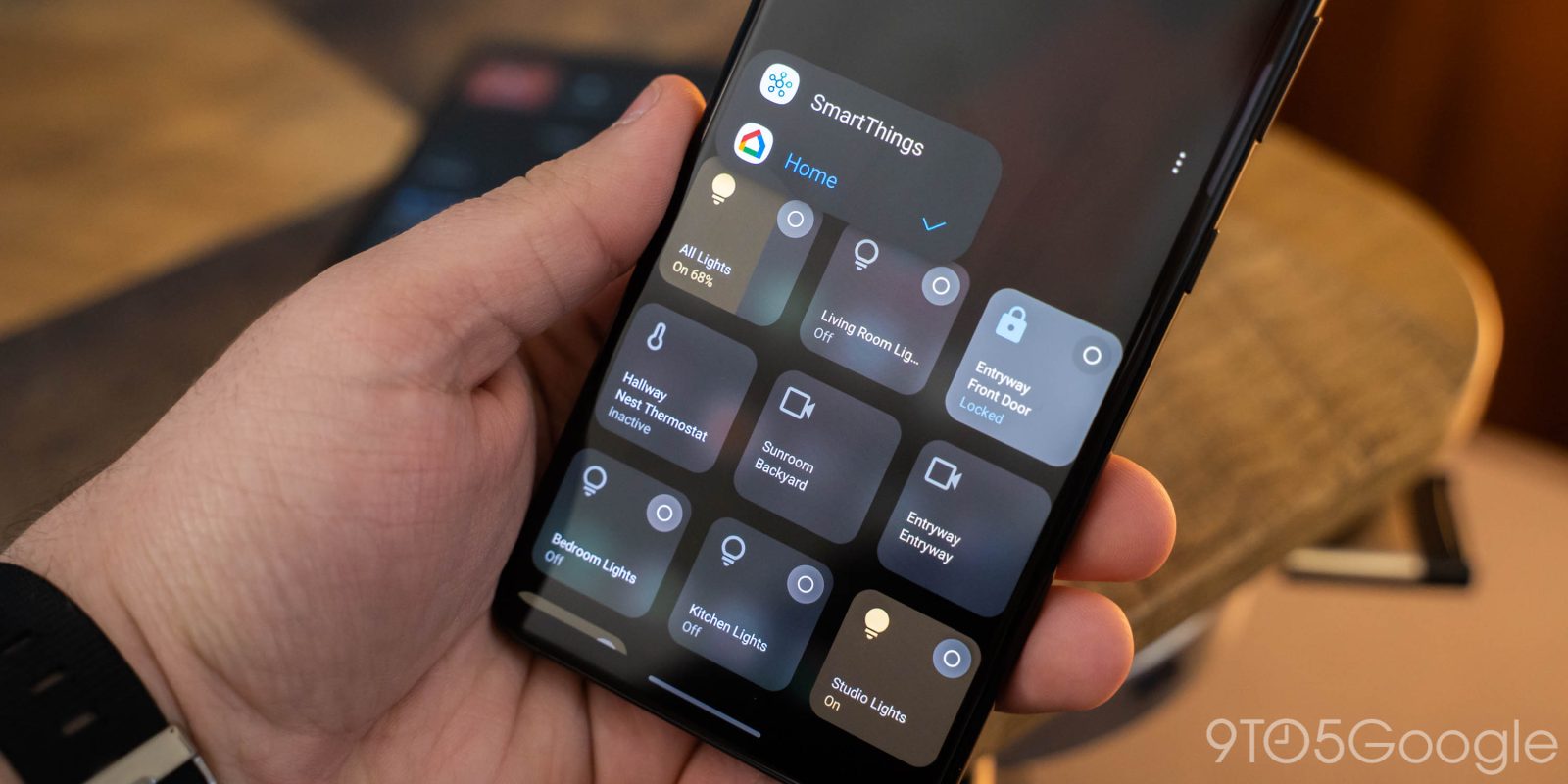 One of the coolest new features of Android 11 is the ability to use the power menu to host a bunch of shortcuts to your smart home devices. There was no sign, however, of Samsung adopting this feature in its take on the update, but it turns out they did after all. Samsung has smart home controls on Android 11; they just moved the location.

In Android 11 on Pixels and some other devices (OnePlus, Oppo, etc), accessing the power menu shows a lot more than just locking and power off buttons. There’s an entirely new UI that shows your active cards in Google Pay as well as smart home controls. This is one of the best user-facing features in this release, but unfortunately Google made it optional for its partners to adopt. In early builds of Samsung’s take on Android 11, we were disappointed to see that the smart home controls were nowhere to be found.

Luckily, Samsung has adopted smart home controls on Android 11, the company just decided to swap the location. Instead of being in the power menu (which is harder to access on One UI anyway because Samsung still thinks Bixby is a good thing), Samsung put the Android 11 smart home controls under the “devices” button that appears in the notification shade and quick settings.

Tapping that button brings up SmartThings by default, but a menu lets you switch that to Google Home. From there, an overflow menu lets you manage apps that can show up on this menu and customize the layout as you see fit.

The other slight change that Samsung made is that these buttons are no longer one-tap actions for turning devices on and off. Rather, they pull up the “slices” where you’ll have to tap again to toggle the power. A bit tedious if you ask me, but still better than looking for the app.

There is one highly unfortunate thing about this, though. This change only applies to One UI 3.1 which, at the moment, is restricted solely to the Galaxy S21 series and the Galaxy Tab S7 as well. Other Samsung devices on Android 11 such as the Galaxy Z Fold 2 have only been brought to One UI 3.0, leaving the smart home controls out and the “devices” button restricted solely to SmartThings as it has been for years. A shame, but at least there’s hope for future updates.