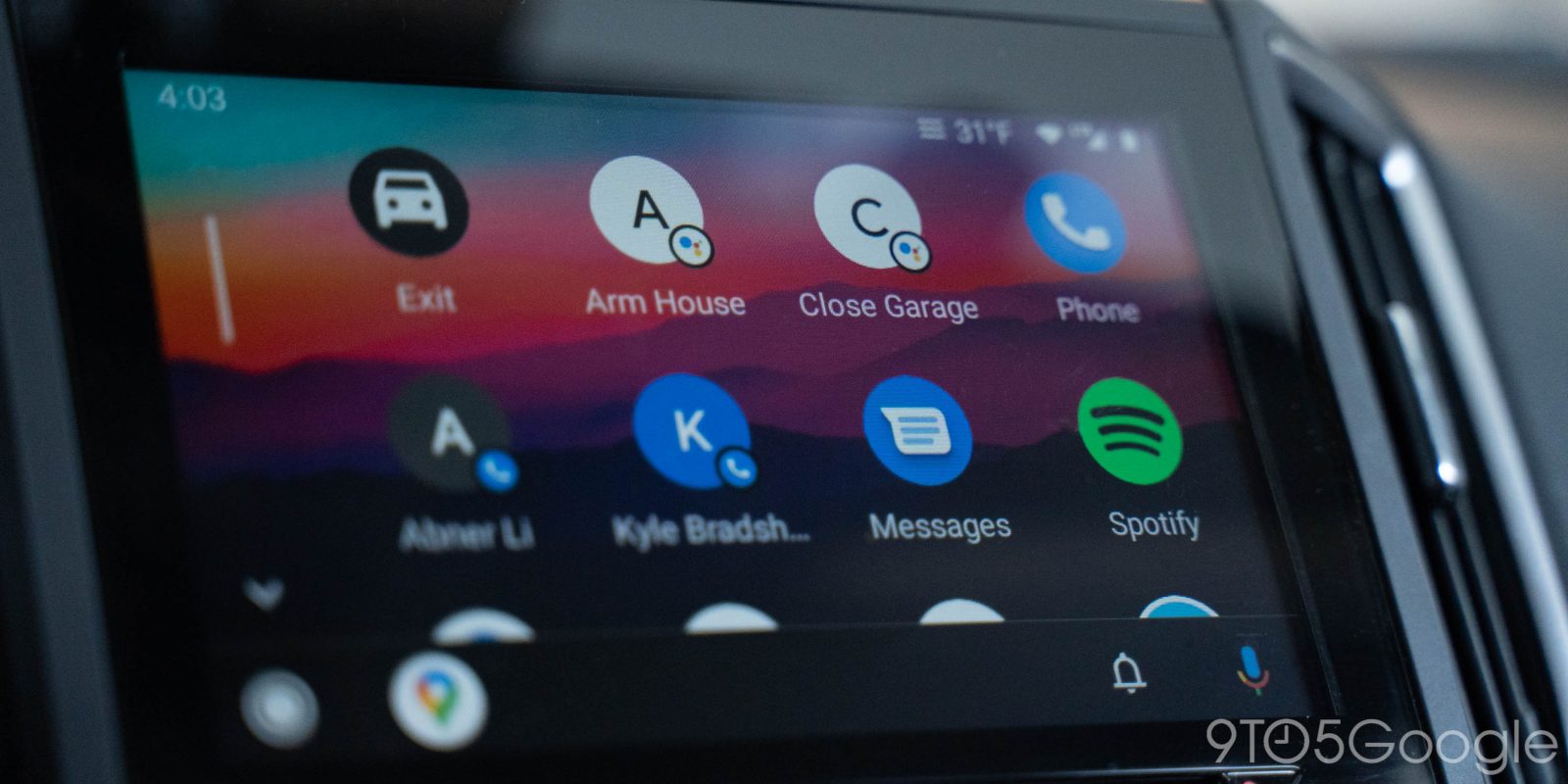 in 2019, Android Auto got a redesign that put a new coat of paint on old features, but didn’t really add anything new. Now, nearing two years from the release of that redesign, Google is giving Android Auto a powerful new feature — custom Assistant shortcuts.

This feature doesn’t arrive as a surprise, as it was first spotted earlier this year in teardowns of the Android Auto app. With Android Auto v6.1, which also brings support for wallpapers, this functionality is finally released.

Custom Google Assistant shortcuts in Android Auto offer users the ability to quickly launch a set of commands with a quick tap instead of using just their voice. The possibilities here are limitless, and that’s what makes this feature so useful. You could have a command that uses an Assistant routine — which just returned to Android Auto — or just a general quick statement. For example, you could have a button that arms the security system, locks the door, or adjusts the thermostat (assuming you’ve got the hardware to back it up). Alternatively, you could use a command to start navigation to a specific location without using voice commands.

Equally as useful are the new contact shortcuts. You can create a shortcut for the Android Auto homescreen that calls a contact of your choice. This is useful for two reasons. For one, you can set the shortcut to use one specific number, handy if you have two numbers saved for same contact. Also, a shortcut like this is a whole lot easier for some people than trying to get Google Assistant to understand names that are hard to pronounce.

Google Assistant shortcuts have the potential to make Android Auto a far more powerful platform for a lot of people, and they at the very least make the homescreen itself much more useful. As mentioned, this feature is now rolled out to Android Auto users via v6.1 of the app. Just make sure you’ve updated on the Play Store and you should be able to use it. Notably, you can create and edit these shortcuts while you’re not actively in your car, too.