Android 12 DP1: Scrolling screenshots are here, but disabled for now 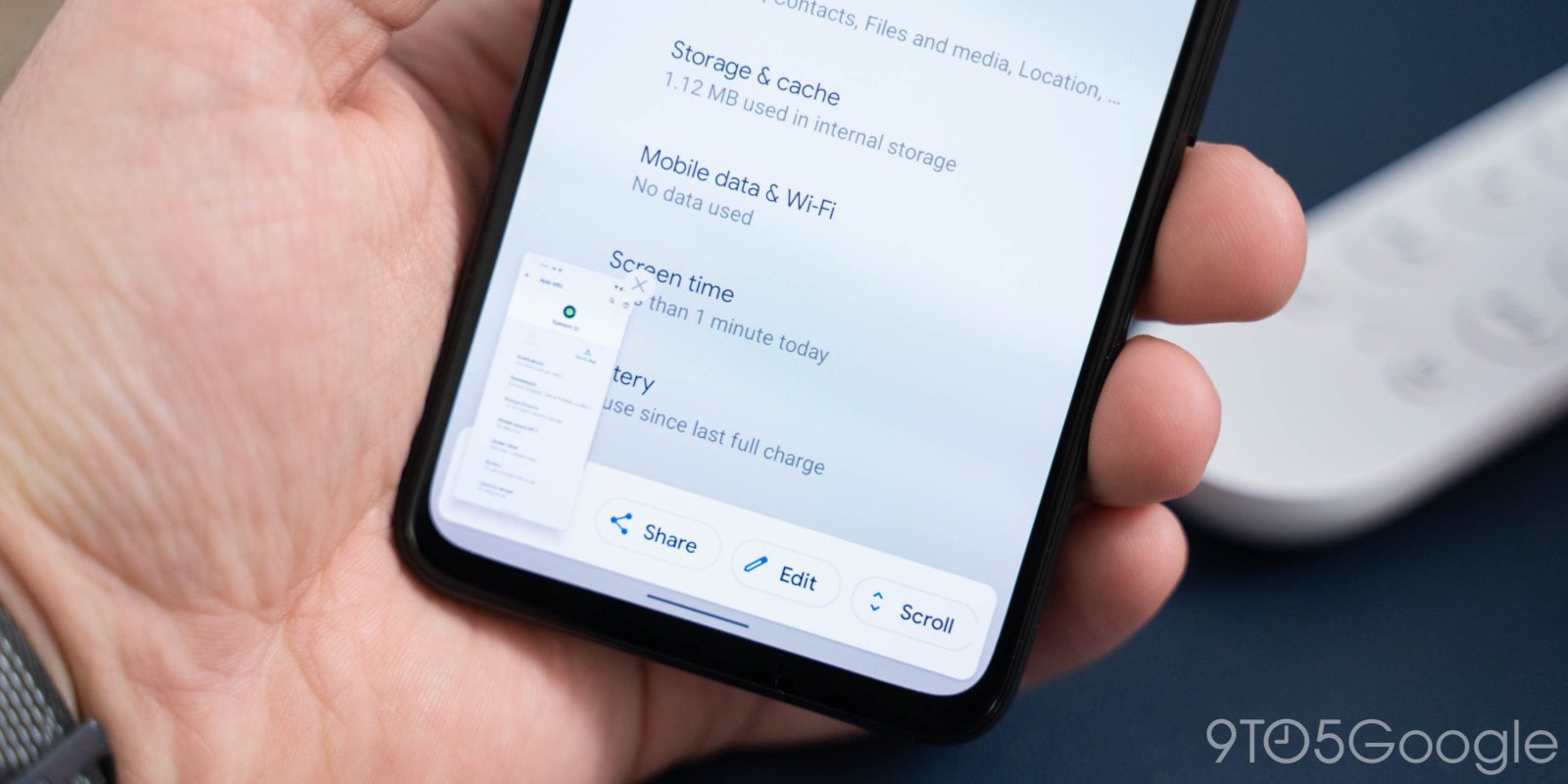 After years of waiting on Google to introduce the feature, scrolling screenshots are finally a part of Android 12, but you, unfortunately, can’t access them easily.

Backtracking just a bit, Google confirmed it would adopt scrolling screenshots as a native feature over two years ago, around the time Android 10 was released. In Android 11, the groundwork was laid for the feature with a new screenshot UI, but it didn’t make it to primetime and was never fully working.

With the first Android 12 Developer Preview, scrolling screenshots can be activated from their disabled state. Once turned on, a “scroll” button is added to the screenshot UI which actually works. Well, it kind of works. In our brief testing, the feature is pretty picky. It works fine on the Settings app and Twitter, in both cases only capturing about one additional screen’s worth of content. However, it isn’t working on Chrome or Google Discover. Notably, too, the FAB on Twitter shows up multiple times in the screenshot.

In any case, though, this is massive progress, as in Android 11’s previews the feature was usually completely non-functional.

This feature can be enabled by ADB, but we don’t recommend you dig into it. For one, Android 12 DP1 is already unstable enough as it stands, and the commands used to enable scrolling screenshots have the potential to hurt things even further. Just know that, finally, this feature is coming.