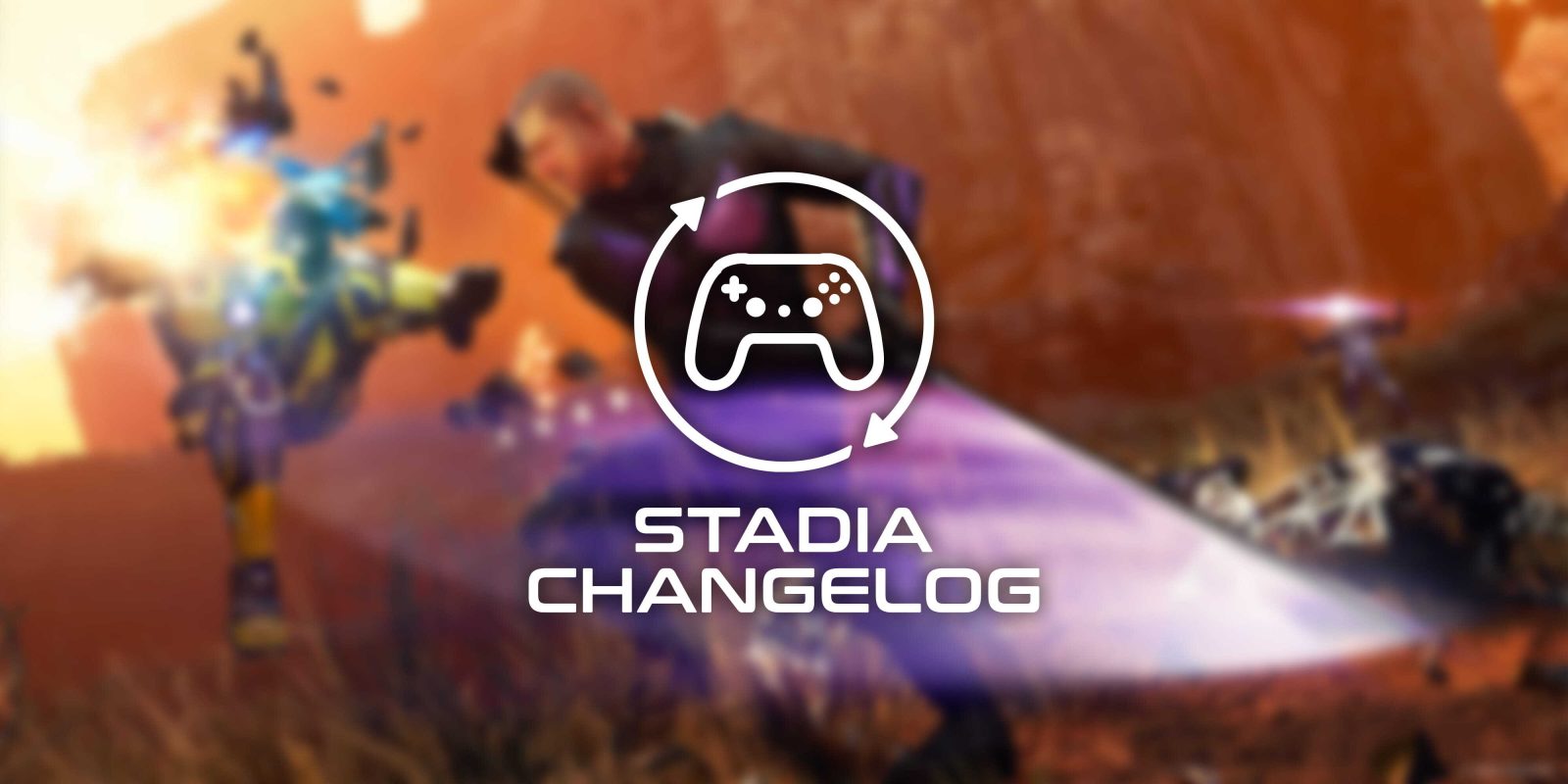 It’s been a pretty quiet week for Google Stadia, with no new games, but we did get info on a coming expansion for Marvel’s Avengers focused on Hawkeye, a big update for Assassin’s Creed, and more.

With 100 games set to arrive on Stadia in 2021, it’s going to be rare to see a full week go by without a new game, yet that’s exactly what happened this week. Not a single new game arrived on Stadia this week. Not a great look given all the negativity going around.

This week, Ubisoft rolled out a fairly massive update to Assassin’s Creed Valhalla. The 1.1.2 Title Update weighed in at up to a whopping 19GB on other platforms but was available instantly on Stadia (and Luna, too). The update most notably delivers a new River Raids game mode. You can see everything that’s new here.

Bad Dream Games confirmed a new update for One Hand Clapping on Stadia, with Maestro Mountain Part 2 now available on the platform. The game is still in early access.

Marvel’s Avengers is going to the future

As was teased in the game’s story mode, Marvel’s Avengers is about to get another story expansion that takes the game into the future with Hawkeye. The expansion was announced on Tuesday focusing on Clint and Bruce in the future. “Future Imperfect” deals with time travel to a world invaded and overrun by the Kree. The latest Avengers expansion with Hawkeye will be available to players, taking place after the “Taking Aim” expansion which previously launched on the game. The new expansion launches on March 18.

Outriders won’t have a demo on Stadia

Good news and bad news. The upcoming Square Enix release Outriders is coming to Stadia day and date with other consoles, pre-orders available now. Unfortunately, there won’t be a demo of the game for Stadia users, with the official Twitter account saying that it “isn’t possible” right now on Google’s platform. Ubisoft did offer a demo for Immortals ahead of launch, which in a way points to this being something about the financials.

Rolled out early this week, Dead by Daylight picked up its 4.5.1 patch on all platforms, Stadia included. This update brings quite a few changes but is mainly a patch for the 4.5.0 update.

Available for pre-order now, Elder Scrolls Online: Blackwood is set to release in May. The expansion costs $59.99.

To close out this week, Google announced two more new games coming to Stadia. The first, coming on February 23rd, is A Place for the Unwilling. The $14.99 narrative adventure comes from AlPixel Games. The other game is Welcome To Elk, which costs the same, but the biographical adventure has no release date outside of “coming soon.

Some hopeful findings in the source code of websites for Hogwarts Legacy and Gotham Knights hint at the potential of both games coming to Stadia, but as our friends at StadiaSource explain, it’s a longshot. Similarly, there’s a chance that Outright Games will bring its Paw Patrol titles to Stadia by the end of the year. That’s probably not everyone’s cup of tea, but it’s certainly good news!