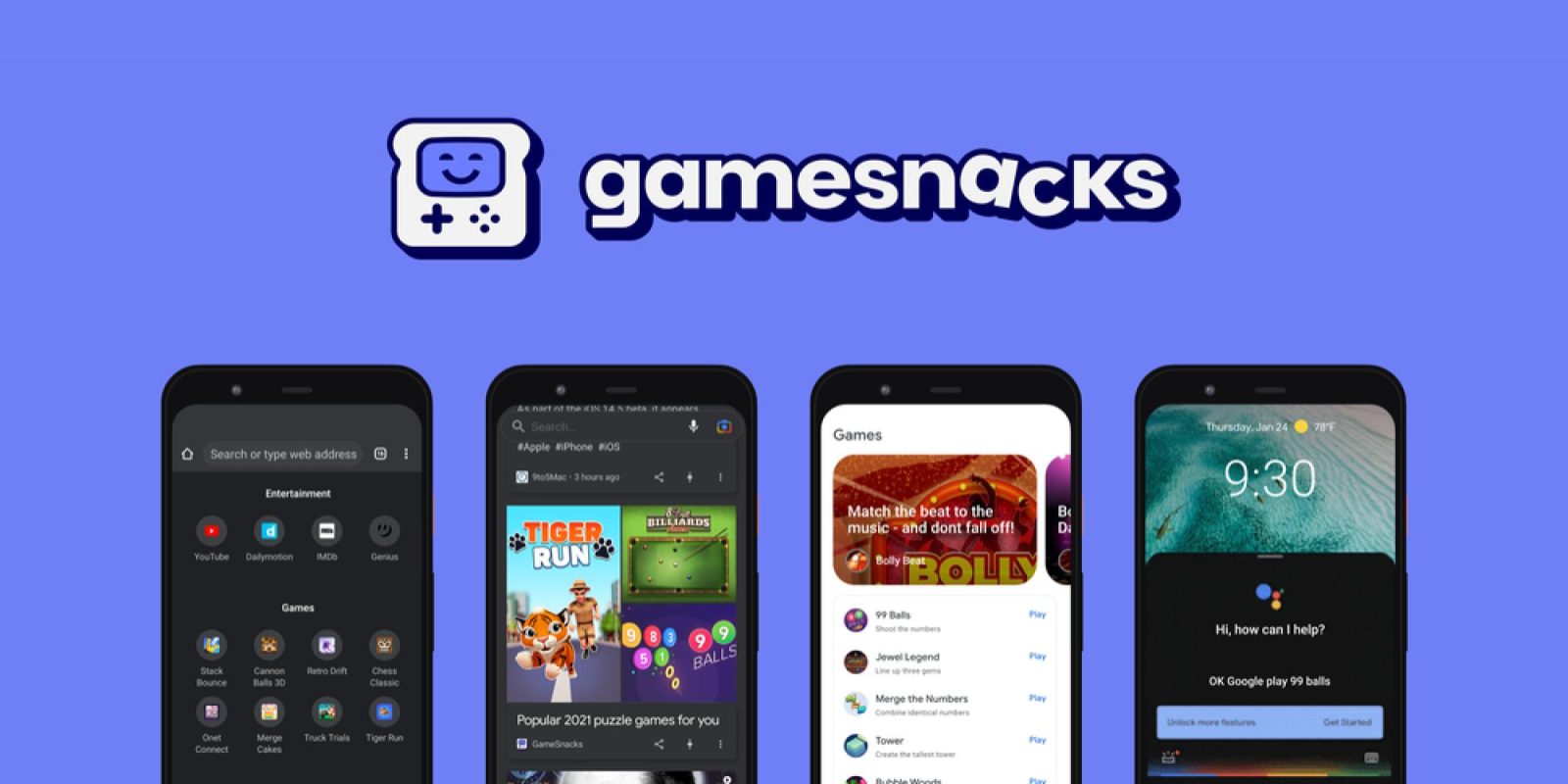 A year ago, Google’s Area 120 incubator launched an HTML5 gaming platform to “test whether lightweight, casual games would resonate with people who use the internet via low memory devices on 2G and 3G networks.” Proving popular, these HTML5 games are now being coming to Discover, Assistant, and Chrome for Next Billion Users (NBU).

Since last February, Google says early development partners have built more than 100 games for GameSnacks with millions of people around the world playing them. These titles are small in size and load near instantaneously even on varying network conditions that are common in NBU markets (2G) and day-to-day life everywhere else (intermittent subway connections).

Besides optimizing to work on any device, Google wants to tackle the discovery problem for HTML5 games. It’s leveraging existing products to achieve this, starting in Chrome. The New Tab page in India, Indonesia, Nigeria, and Kenya features a “Game” section that has become “one of the most frequently visited sections of the page.” Meanwhile, it’s also available for Indian Google Pay users as part of a “Games” carousel.

Google is experimenting with bringing GameSnacks to Assistant on phones with titles launching via voice commands. There’s also testing in Google Discover for Indian users where titles appear alongside article cards.