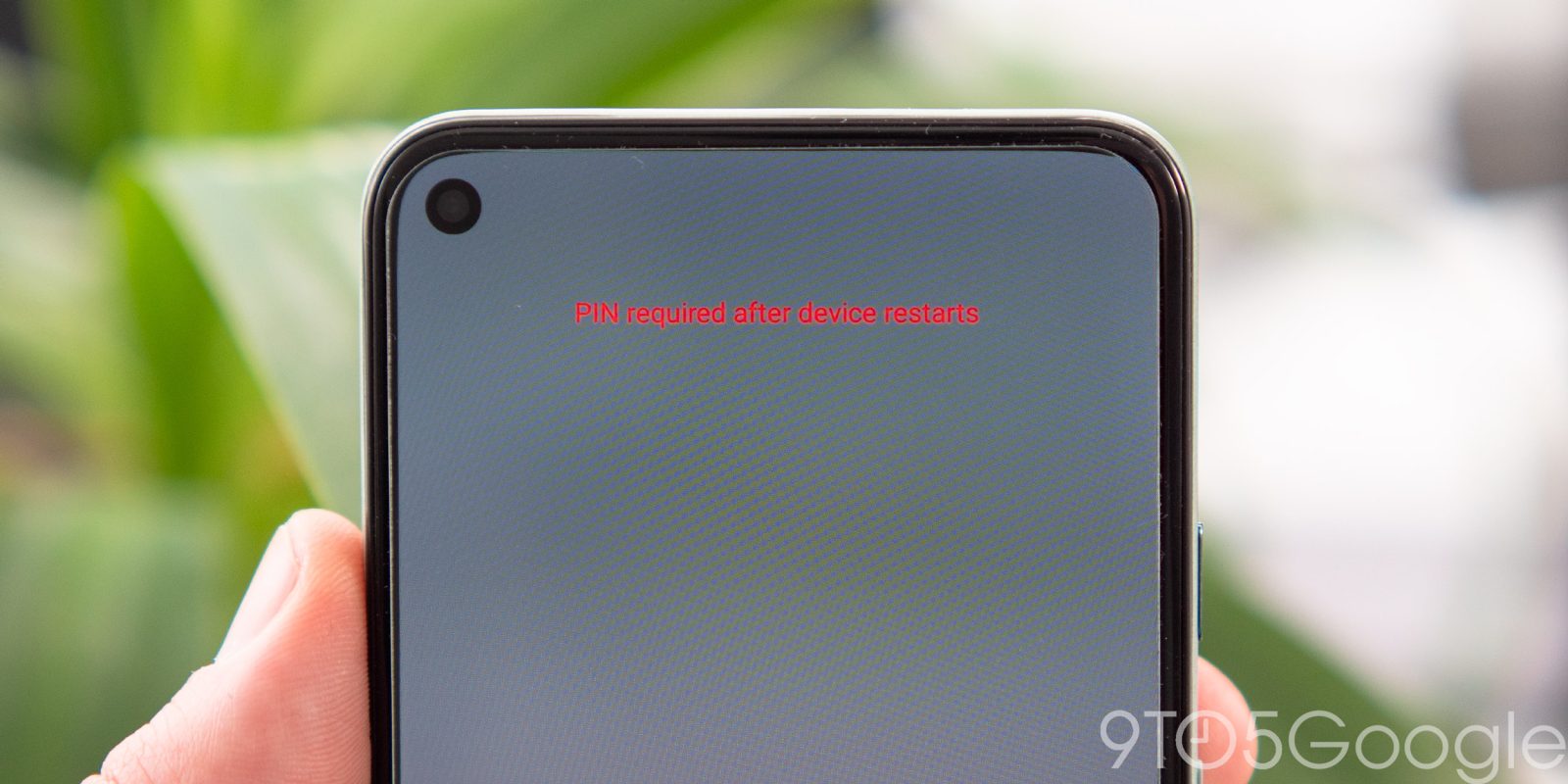 If you are an idiot like myself, you’ll sometimes restart your Pixel and through sheer force of habit try and unlock your phone by swiping or tapping the fingerprint scanner. This leads to a pop-up warning message toward the top of your display reminding you that your “PIN required after devices restarts,” with each subsequent fingerprint scanner unlock working just fine:

It’s fairly prominent, but to help make it even more obvious that you’re being a dummy, in the latest Android 12 Developer Preview 1 and 1.1 builds, the text of this pop-up fingerprint warning is changed from white to red. No, this isn’t a massive alteration, but it does make it far more obvious and at least we think it’s a nice forethought from Google. The recent Android 12 DP1.1 actually resolves some fingerprint scanner issues that many — several of our team included — have experienced since sideloading the preview builds, too.

Obviously there are plenty of bugs in both of these builds, which makes it hard to truly recommend that anyone go out and install the Preview on their main device. However, it’s little usability tweaks like this that often make the most difference in the long term. Sure the color change might not affect sensible people out there, but we do hope it stays put in the full Android 12 build as it’s just a little visual reminder to stop reaching for the fingerprint scanner every time.