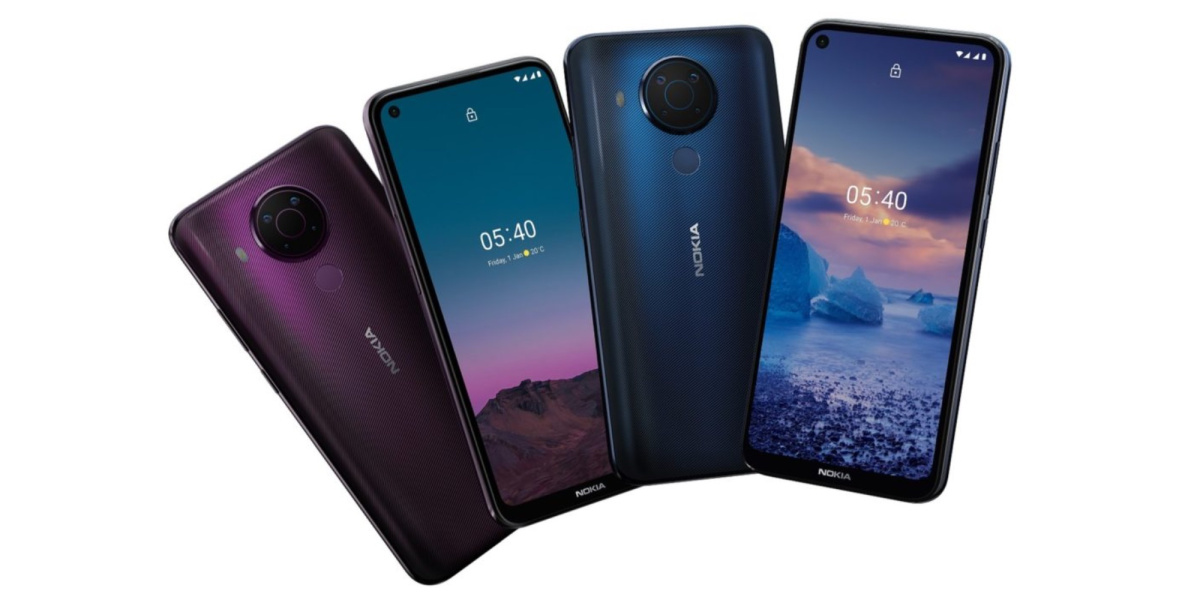 Today’s best deals are headlined by Nokia’s new 5.4 Android Smartphone on sale for the first time. That’s alongside upwards of $480 in savings on Samsung Galaxy Note10+ handsets and Sony’s 75-inch 4K HDR Android TV at $800 off. Hit the jump for all that and more in the latest 9to5Toys Lunch Break.

B&H currently offers the unlocked Nokia 5.4 Android Smartphone for $200. Down from its usual $250 going rate, today’s offer amounts to 20% in savings and is the very first price cut on the recently-launched handset.

Centered around a 6.39-inch HD+ screen, Nokia 5.4 arrives with hole punch camera design on the front that enables facial unlock features. Around back, there’s a rear fingerprint scanner alongside a 48MP quad-camera array. Other notable features include a dedicated Google Assistant button, dual SIM card support, and a headphone jack.

B&H is now offering the Samsung Galaxy Note10+ Dual-SIM 256GB Smartphone for $620. Regularly $1,100, like it still fetches at Amazon, today’s offer is $40 under our previous deal mention and the best we can find.

This is an unlocked GSM and 4G LTE-compatible device with a 6.8-inch AMOLED Infinity-O display and all-day battery life. Around back, it houses a quadruple-camera array with 16MP ultra-wide, 12MP wide, 12MP telephoto, and DepthVision sensors, as well as support for Ultra HD 4K HDR10+ videos. It is powered by an Exynos 9825 Octa-Core processor, 12GB of RAM, and 256GB of storage (expandable to 1TB with a microSD card).

Walmart is now offering the Sony BRAVIA 75-inch Class 4K UHD LED Android HDR Smart TV for $998. Regularly $1,800 and fetching closer to $1,300 these days, today’s offer is up to $802 in savings and the lowest price we can find. Unlike the 75-inch Sony you’ll find on sale for $869, this one has a more powerful HDR X1 processor that will upscale “everything you watch to near-4K with 4K X-Reality PRO.”

This is a 75-inch 2160p Android TV with built-in Google Assistant and access to thousands of apps/streaming services. It also has AirPlay 2 and HomeKit support alongside a special gaming mode for the latest consoles and Dolby Vision tech. Alongside the voice remote it has four HDMI jacks, a pair of USB ports, optical audio, built-in Wi-Fi, ethernet, Bluetooth, and more.

Save up to 28% on official Samsung chargers

Amazon is currently offering the Samsung 2-in-1 10000mAh Qi Power Bank for $43. Down from its usual $60 going rate, today’s offer is good for a 28% price cut and marks the best we’ve seen in over nine months.

Equipped with an internal 10000mAh battery, this power bank can refuel most flagship handsets several times over and is more than capable of keeping all of the devices in your kit topped off. Alongside its 15W USB-C port, there’s also a built-in Qi charging pad can deliver up to 7.5W speeds. Shop other official chargers right here.

Score JBL’s Clip 3 Speaker ahead of spring at $50

Amazon currently offers the JBL Clip 3 Portable Waterproof Bluetooth Speaker for $50. Having dropped from $70, today’s offer amounts to 29% in savings, is the third-best to date, and the lowest we’ve seen since November.

Whether you’re in search of a speaker to serenade you poolside this summer, or just to rock out in the shower and around the house, JBL Clip 3 is worth a look. Despite its compact design, you’ll be able to enjoy tunes with an IPX7 water-resistance rating as well as 10-hour battery. And living up to its name, there’s an integrated carabiner which allows you to clip the speaker to a bag and much more.

Review: Insta360 Go 2 is the simplest way to get great action footage [Video]