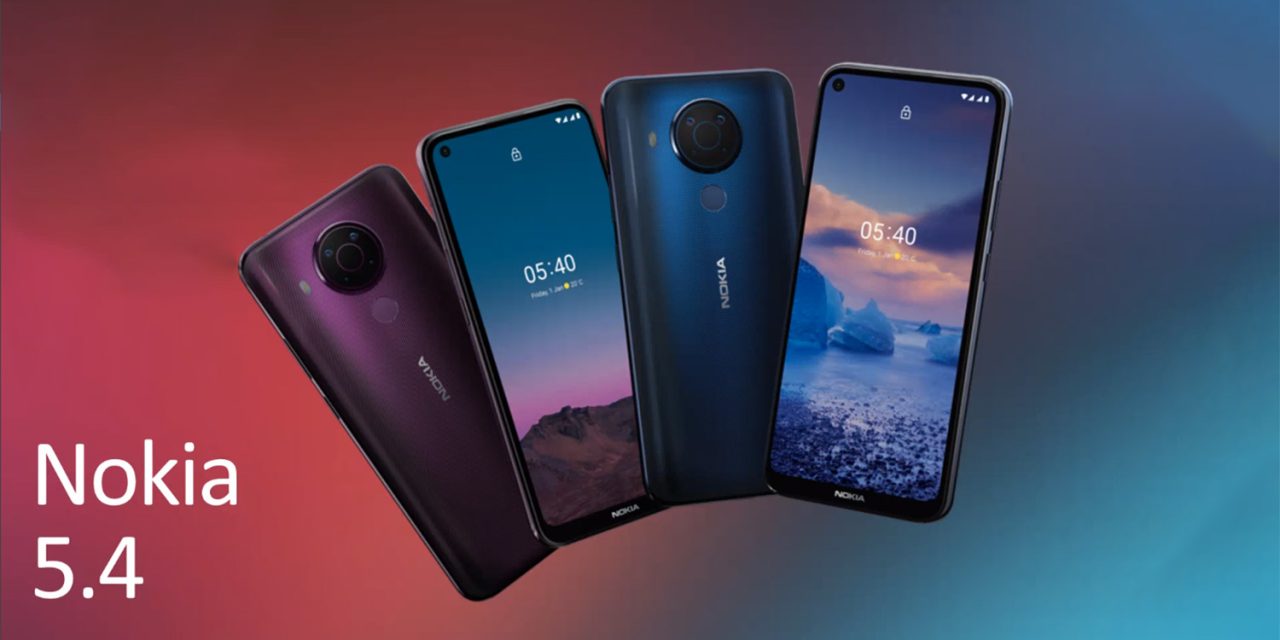 After being hinted at thanks to an early ARCore support list inclusion, HMD Global has now officially launched the Nokia 5.4, a device aimed squarely at the mid-market Android space.

The 6.39-inch panel comes sees the HD+ drop the dewdrop notch for the first time on a 5-series Nokia device for the first time, although the sizeable Nokia-emblazoned chin still remains. HMD Global has minimized the bezels on all sides by utilizing an upper-left punch-hole notch that houses the front-facing selfie camera. The Nokia 5.4 relies on the Qualcomm Snapdragon 662 chipset, 4 or 6GB of RAM, 64 or 128GB of internal storage, and a 4,000mAh battery.

In terms of looks, the Nokia 5.4 looks very much like a smaller version of the recently released Nokia 8.3 5G, which was the firm’s very first 5G-enabled smartphone. You’ve got a rear fingerprint scanner, dedicated Google Assistant button, plus the ability to use Face Unlock too.

At the rear, there’s a quad-camera setup that consists of a 48-megapixel main sensor, 2-megapixel macro sensor, and 2-megapixel depth sensor. The front-facing selfie camera hidden within the punch-hole is rated at 16-megapixels. The camera setup might not win any awards but the Nokia 5.4 includes many of the modes found on the 8.3 5G including portrait and night mode, plus the ability to apply your own custom watermarks.

The Nokia 5.4 will ship with Android 10 out of the box but is “Android 11 ready” according to HMD Global. That is still a bit disappointing as we’d imagine that means you’ll get two major OS updates putting the Nokia 5.4 up to Android 12. That said, you’ll be able to pick up the Nokia 5.4 in Polar Night or Dusk from priced at €189 or around $229 (when exchange rates are factored in).