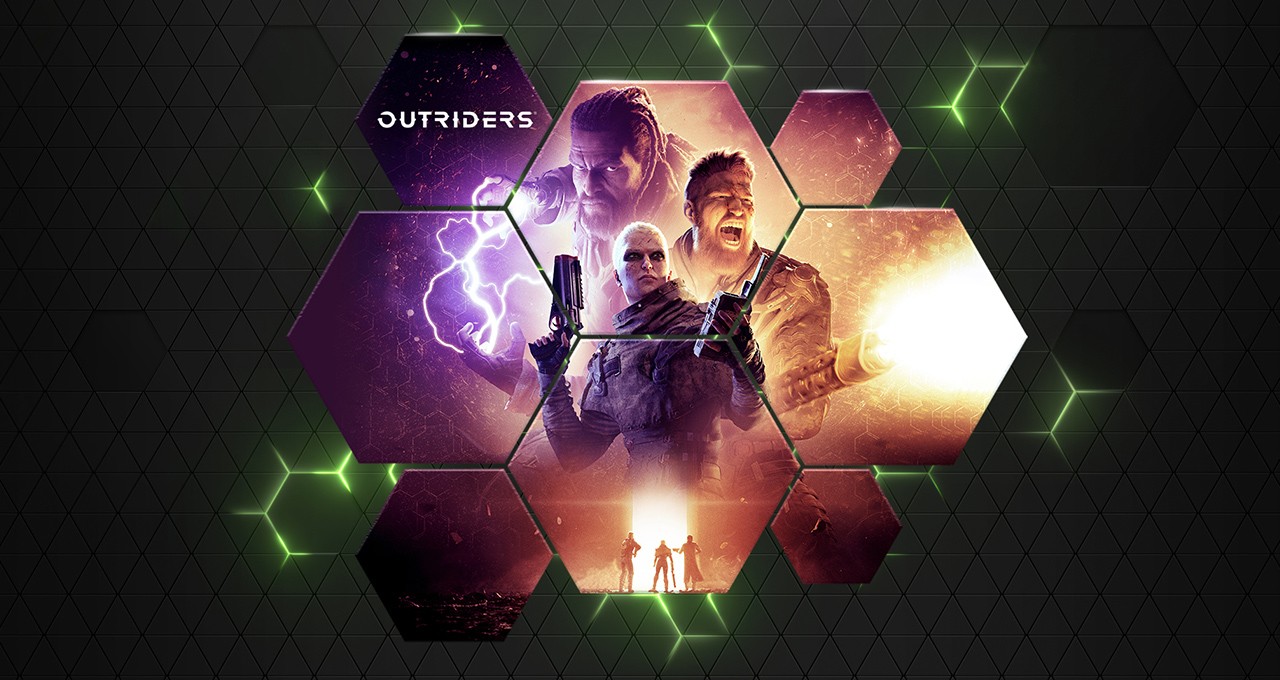 Some of the most popular video games in the world are shooting games such as Fortnite, CS:GO, and many others. Today, Square Enix joins the ranks with OUTRIDERS, and the highly anticipated title is available as one of the best shooters on GeForce NOW.

Square Enix is today launching OUTRIDERS, its third-person RPG shooter onto consoles, PCs, and by extension NVIDIA’s GeForce NOW service as a part of the platform’s regular “GFN Thursday” additions.

OUTRIDERS is a story-driven game that puts each player into the role of an Outrider, “the last hope of the human race” as they are trapped on the planet Enoch. The game can be played either by one person on their own, or in co-op with up to three players. The game also supports cross-play, meaning you can team up with friends even if they are on an entirely different platform. The player-versus-enemy game should take most players around 30 hours to complete, but could be far longer with side quests and additional character classes.

Being a modern-day, high-end game, Outriders requires a fair bit of horsepower to play at its highest settings. With consoles like the PlayStation 5 and Xbox Series X in short supply and PC gamers struggling to find new graphics cards in stock, cloud gaming is an excellent solution to play in high-quality. There’s another advantage, too, with GeForce NOW. You can simply buy Outriders for GeForce NOW through Steam, meaning that if you’re a PC gamer, you can play it locally if you ever need/want to while still being able to jump into a match from your phone, tablet, or underpowered laptop.

OUTRIDERS is available to purchase on PC through Steam and Epic Games Store, and once it’s in your library you can launch it from GeForce NOW. In doing that, you won’t have to worry about 70GB downloads, storage space on your machine, or future updates either, as all of that is handled by the cloud-gaming platform. Just tap a button and start playing. GeForce NOW is available on PC, Mac, Android, iOS, and Chromebooks. You can even play right from your Chrome browser, without installing the app.

If your favorite genre is shooters, you’ll feel right at home on NVIDIA’s GeForce NOW cloud-gaming service. Alongside OUTRIDERS, GeForce NOW members can stream plenty of other shooters from Steam, the Epic Games Store, and more.

Among those is the world’s most popular game, Fortnite. The free-to-play title from Epic Games has been a favorite among competitive and casual fans alike for the past few years and continues to evolve constantly with a richening story and addictive gameplay. The game is easy to pick up and play for basically anyone, and with GeForce NOW, you’ll be able to get the same PC version of the game on your phone, tablet, or even some TVs.

Another popular title for shooter fans is Destiny 2. The core game is free to play, including the player vs. player Crucible and competitive player vs. enemy Gambit, while the paid expansions and Season Passes are what drive the story forward. The current “Season of the Chosen” expansion has longtime players excited about the new forms of storytelling it’s added. In the game, each player takes on the role of a “Guardian” in Hunter, Warlock, or Titan character classes that each offer varied playstyles through subclasses. Your personal playstyle will be able to shine through your unique loadout of weapons and armor including special “Exotic” gear.

Apex Legends, like Fortnite, is a battle royale game, but one that takes place in the same universe as the Titanfall games. Players are dropped into an island in squads of three or duos against up to 29 other teams, all tasked with collecting gear and supplies as “The Ring” shrinks. The game is free to play with a paid battle pass for each season.

For something a bit more futuristic, Ubisoft’s Hyperscape might be of interest. The battle royale-style game puts players in a cityscape with building interiors and vertical jumps being core to gameplay that can lead to learning some unique skills you can learn. Players start with a melee weapon but collect guns and ammo as they explore the “Neo Arcadia” map and take out other players.

These 5 shooters just scratch the surface for what’s available on GeForce NOW, though. Each Thursday, the service announces new features and games that have added support for streaming, which you can check out on the GFN Thursday blog.