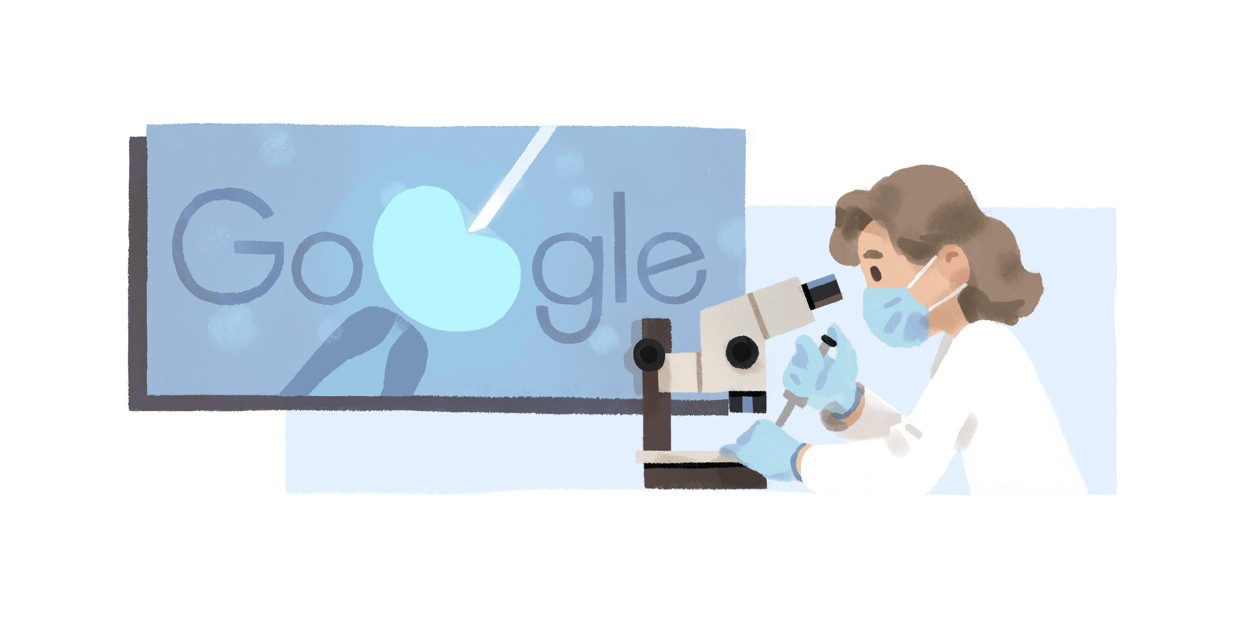 Google is celebrating the 94th birthday of Anne McLaren, one of the biologists credited for the development of in vitro fertilization, with a homepage Doodle.

Anne McLaren was born on April 26, 1927, in London. During her childhood, Anne McLaren was given the chance to appear in the 1936 sci-fi film Things to Come, an adaptation of an H.G. Wells novel.

This early brush with science fiction drove in McLaren the desire to learn actual science. Pursuing her interest in zoology, she studied at Oxford University and University College London, earning her PhD in 1952.

McLaren began working at the Royal Veterinary College in 1955, where she deeply researched the fertility of mice. This research, co-authored with fellow biologist John Biggers, culminated in 1958 in the first ever successful growth of mouse embryos “in vitro” — using lab equipment.

From there, the torch was passed to other scientists, who built on Anne McLaren’s findings to work toward developing in vitro fertilization (IVF) for humans. In 1978, 20 years later, Louise Brown was born as the first baby to be successfully conceived by IVF.

Anne McLaren continued to study zoology and fertility for years, and later contributed to the Warnock Committee, which sought to inform the British government of the intricacies of IVF, for the sake of future laws around the controversial new science.

For her life of service to the advancement of science, Anne McLaren was made both the foreign secretary and vice president of the Royal Society of London, a centuries-old institution that promotes science. Notably, she was the first female officer in the Royal Society’s history.

To learn more about the development of IVF and Anne McLaren’s contributions, be sure to check out the gallery shared on Google Arts & Culture in collaboration with the Royal Society.

Google is celebrating what would have been Anne McLaren’s 94th birthday with a Doodle depicting her most famous work, an in vitro fertilization. In the Doodle, you can see McLaren looking into a microscope while carefully holding a syringe. The word “Google” is written out in the microscope’s view, with the second “o” being depicted as an egg being carefully fertilized to create an embryo.