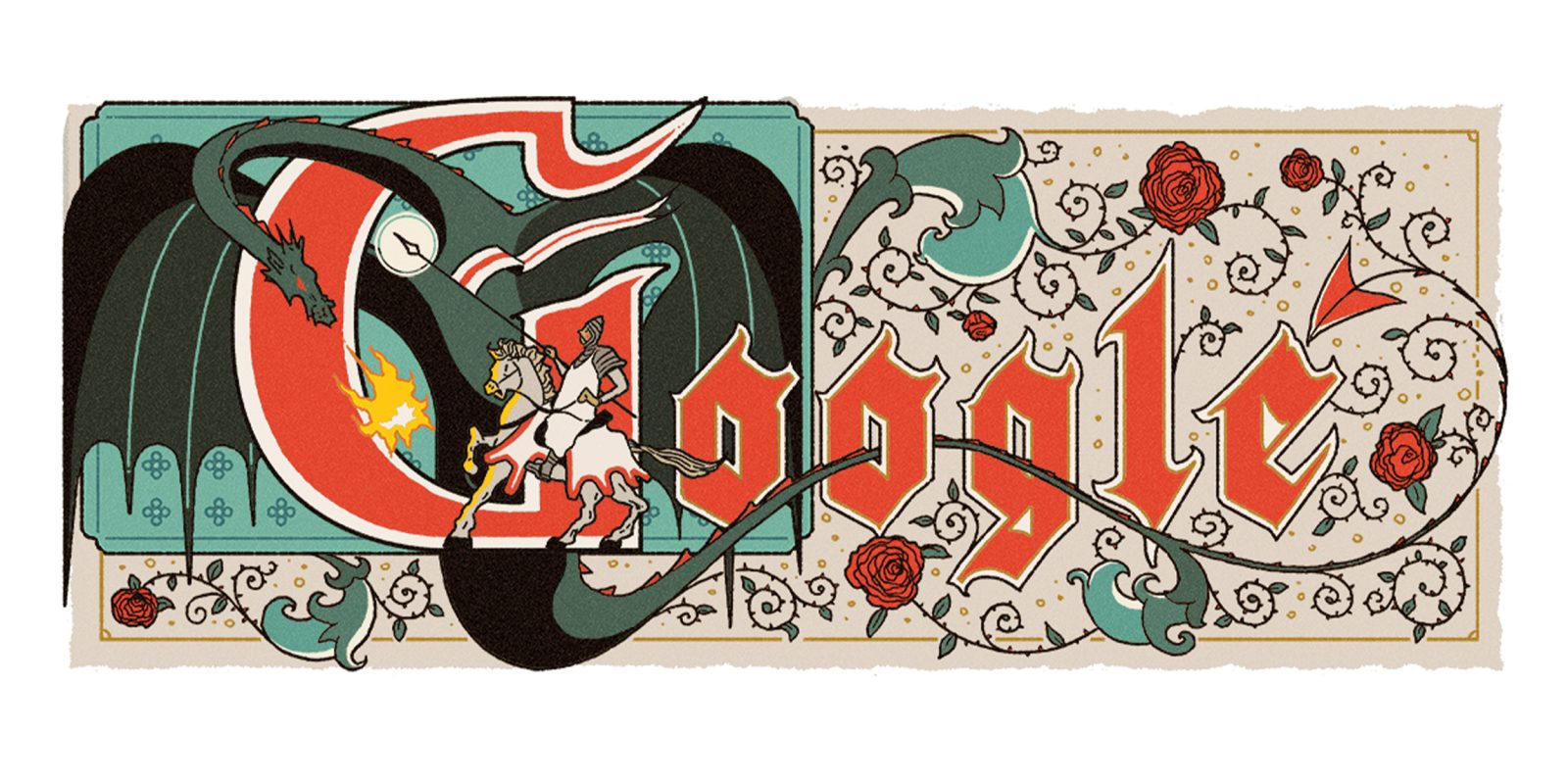 UK and Ireland have a number of patron saints, all with their own dedicated day. St George’s Day is England’s turn to celebrate the myth of his conquest over a dragon. St George was not actually a Briton, he was in fact a Roman soldier and served within the army.

However, this isn’t quite as glamorous as his supposed conquest over dragons. And so the gist of the story is that George slew a dragon that would demand human sacrifices for access to water, and in turn, he saved a princess. Red roses are also reported to have grown around the village of Silene where St George had emerged victorious. The villagers held a feast in his honor and so began the tradition of St George’s Day.

Today’s Doodle, illustrated by U.K.-based guest artist Ruby Fresson, honors England’s celebration of St George’s Day and the legend behind this special day that has captured the imagination of generations.

Crusaders returning to England would share St George’s story, and, naturally, his victory over a fire-breathing dragon was well received by the fairly uneducated 11th century Britons. Although most definitely all made up, like St. Patrick and his snake-charming antics, it has become weaved into the British Isles folklore.

St George’s Day is most often celebrated in pubs and bars across England, but the celebration is rather muted compared to those of neighbours Scotland and Ireland — with national holidays for St. Andrews (December 1) and St. Patrick’s Day (March 17) respectively.

England still honors St George with the Cross of Saint George used as the nation’s flag. Although often the Union Flag is more commonly associated with the United Kingdom, England as an independent nation within the union is represented by the red cross on a white background. Various Commonwealth nations feature variations of the St. George Cross with many of these nations also celebrating St George’s Day.