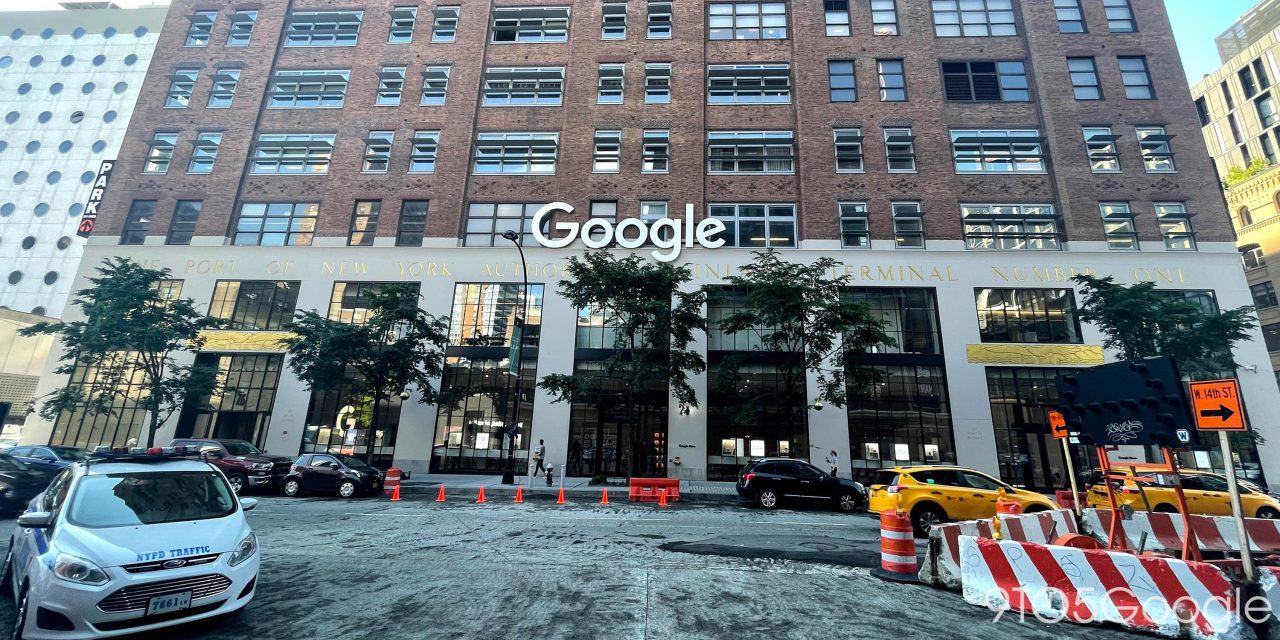 The first-ever physical Google retail location will open in Chelsea this summer. Ahead of that, here’s a sneak peek at the store in New York City and how it’s very much reflective of Made by Google’s friendly design language.

The store spans nearly the entire width of the building, which spans from W 15th to W 16th Street, while wrapping around the right corner. Large windows are home to cubes that show various product exhibits.

For example, the first ones on the left show how Google recycles a water bottle for the Nest Mini, while we also see a Pixel 5 from start to finish. The company has previously shared both these shots online, and in between is a box asking, “How can we reduce the amount of discarded plastics?”

Other window spaces show off: the Nest Audio with YouTube Music getting central positioning, Stadia Controllers and Pixel 4a 5G, Nest Hub and Hello, Assistant on the Pixel, and Pixel Buds.

Inside the store, there are various spaces like a living room and kitchen to show where products would naturally reside. The former has a Chromecast with Google TV connected to an easel-like screen and couches, while the latter countertop has a Nest Hub Max. There’s also a desk with the Pixelbook Go.

Meanwhile, there’s a space dedicated to the Pixel with various phones resting on Pixel Stands, as well as a Nest Hub Max (to show off video calling) and another Pixelbook Go to presumably show off cross-device Better Together integration. Behind that is a wall of fabric Pixel cases that will give people a chance to see all of them before buying and other third-party accessories.

Speaking of purchasing, there is a wall of smart home products, including the Nest Audio, Nest Mini, Nest Thermostat, and Nest Protect, as well as the Chromecast with Google TV and Stadia Controller. Customers will presumably just be able to pick these up and take them to a register.

We also see a theatre-like space where cube-shaped seating is arranged in front of a large screen. This is presumably for workshops, while there are large chandelier-like installations that you can walk through and presumably take pictures inside. We also spotted a room embedded into the back wall where you can try Stadia, complete with chairs for a prolonged experience. It invites you to “Step inside. The world of gaming awaits.”

Overall, this first store tries to replicate the environments people would naturally use Google products in, just like previous hardware pop-ups. It’s somewhat a departure from other retailers, namely Apple, that mostly just shows all products (including smart speakers) on a standard table.

The Google Store in New York City will officially open this summer.