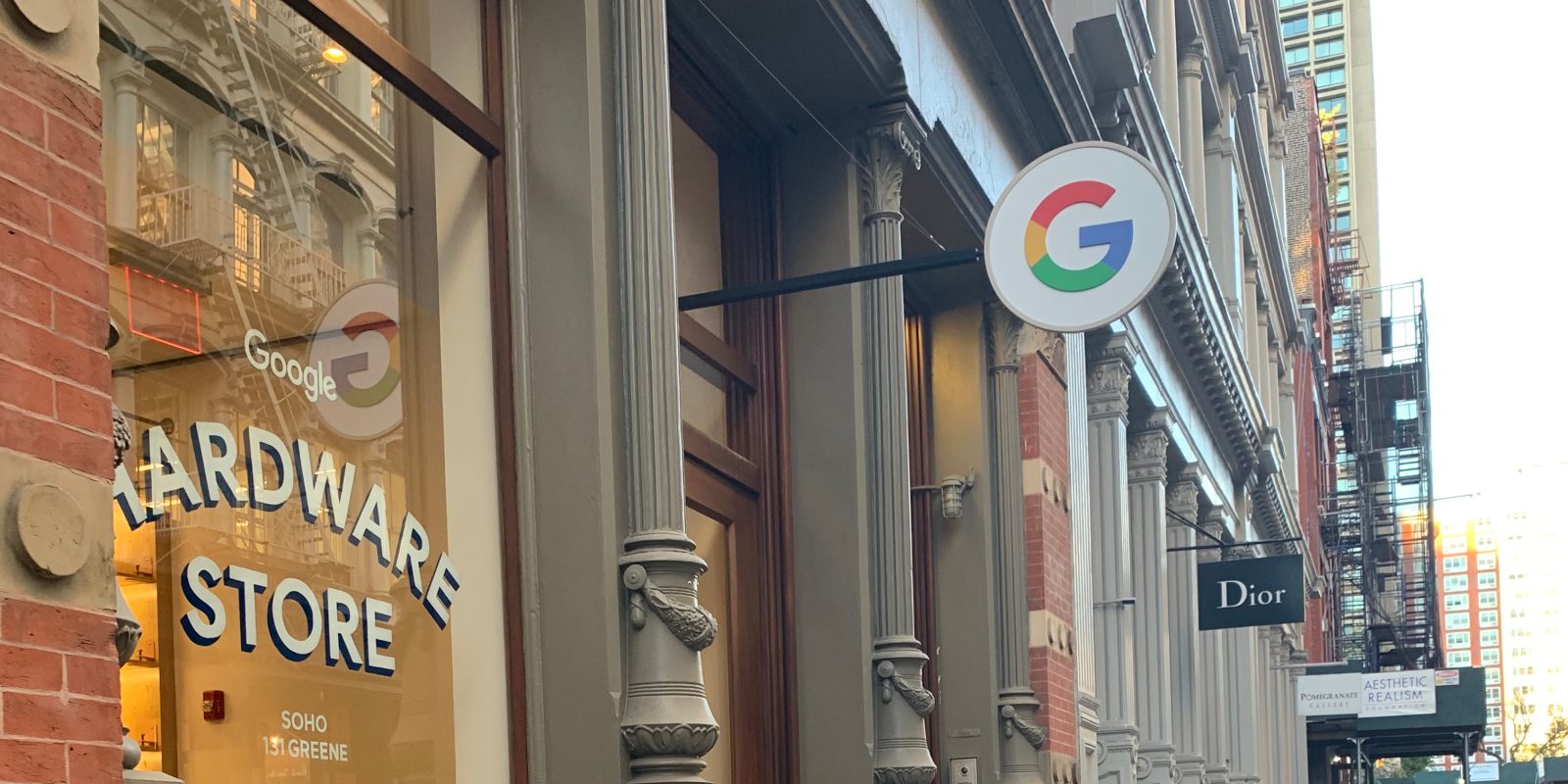 On Thursday, Made by Google announced that its first physical store would open this summer. Google’s hardware division has dabbled in retail with pop-ups for the past several years, but this is the most significant investment yet.

This history surprisingly — or unsurprisingly — starts with Glass. Google wanted to create a floating showroom for its smart glasses that would sail from city to city. The barges were referred to as an “unprecedented artistic structure” complete with gigantic sails.

Google’s only comment in 2013 was that they were an “interactive space where people can learn about new technology.” Like Glass, these barges were canceled but not before details emerged like how the first three floors would be a showroom, while the top one would be a party deck. It truly reflected Google’s oversized ambition for Glass.

Meanwhile, the company in 2015 was rumored to be working on a retail space in New York City. Google went as far as reportedly spending $6 million on renovating a space that it eventually halted and subleased.

As far as its renovations go, Google redesigned the layout of the building and gave it a sunken area in the rear, giving the effect of higher ceilings. The company exposed the brick walls, columns, and steel beams, as well, and eliminated a concrete step that led into the building.

This store would have showcased products like the Nexus 5X and Nexus 6P, as well as the Chromebook Pixel and Chromecast. During the Nexus era, Google also had holiday pop-ups in shopping malls.

The modern era for Google retail starts in 2016. At the first Made by Google event, the company announced a pop-up store in New York City at 96 Spring Street. It opened on October 20 and ran through the holidays. It, of course, showcased the Pixel and Pixel XL, complete with the ability to test its low-light camera capabilities. A mock kitchen was built to showcase Google Home, while Daydream View had an installation where the VR homescreen was physically replicated. You’d sit down on a swiveling stool in this environment and then put on a headset to interact with that virtually.

A year later, pop-up stores opened in New York (110 Fifth Ave) and Los Angeles (8552 Melrose Avenue).  There were art installations on the walls, but the most popular LA attraction was a Stranger Things 2 tie-in — the Byers’ living room from season one with the Christmas lights strung up.

The Flatiron location in NYC was bigger and had a Google Home Max-themed ball pit, thus mimicking the original promo video where balls bounced around to drive home Smart Sound adapting to your environment.

The 2018 season started not at the October event but rather in August when rumors of a two-story flagship retail store in Chicago. However, the keynote came, and Google only announced hardware pop-ups in New York City (thanks GerzerSoftware) and Chicago. These sites were elaborate and highly interactive, with more kitchen models and even drawers that you could pull out to see design details of accessories, like the Pixel Stand.

The Chicago store never came to fruition as, in April of 2019, it emerged that Google canceled the space even though it was close to finalizing a lease.

The Pixel 4 and co. did not see pop-up stores, but 2019 did see ones for Stadia. There were obviously no in-person activities for the Pixel 5 and 2020’s hardware lineup.