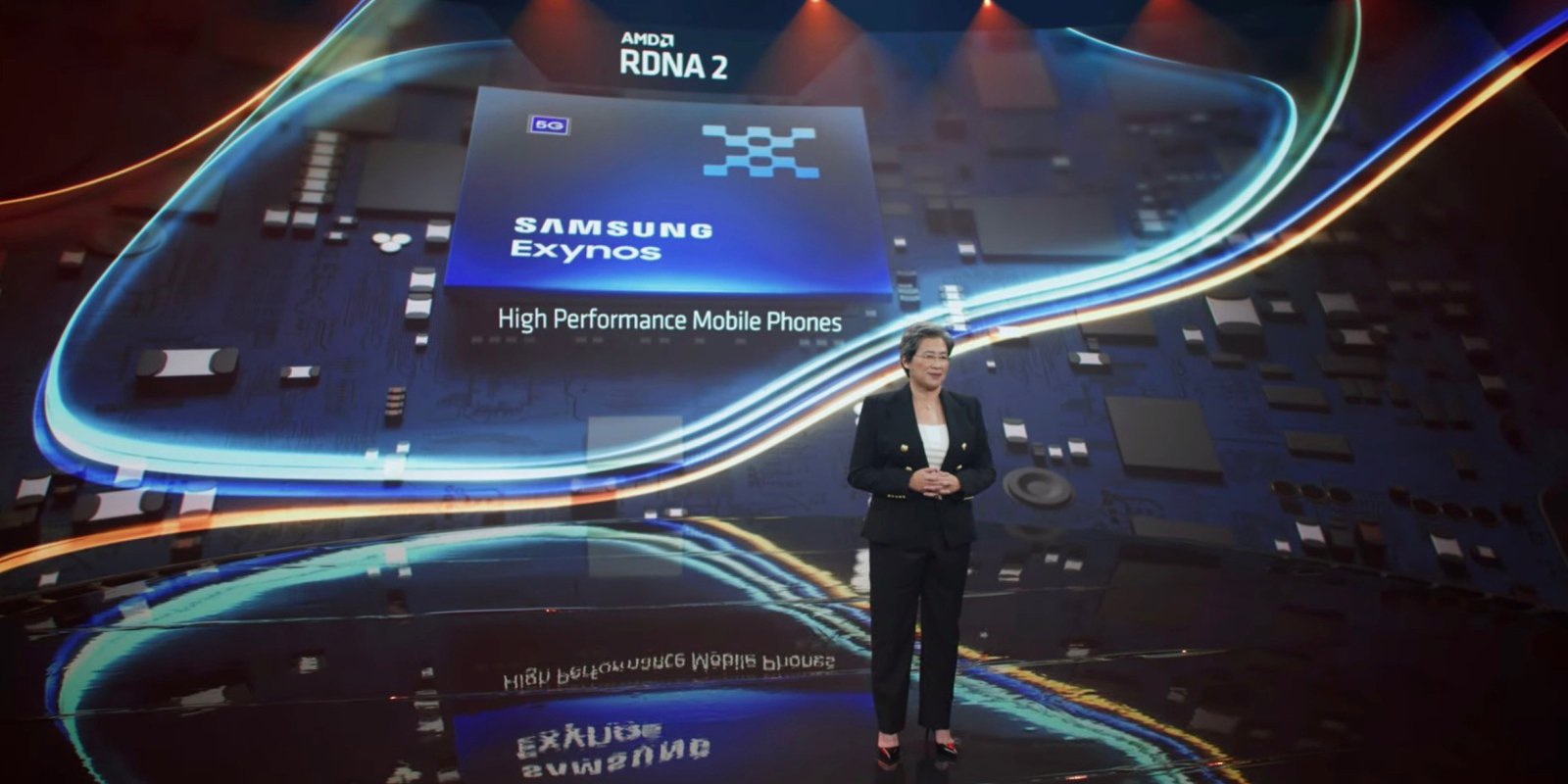 During Computex 2021 today, AMD hosted an event to unveil its latest processors and graphics innovations. Alongside news about phones and even Teslas, AMD also confirmed that its partnership with Samsung Exynos will come to fruition later in 2021.

AMD CEO Lisa Su confirmed that the company’s RDNA 2 GPU architecture would arrive in Exynos chips for Samsung smartphones. The technology will debut in Samsung’s “next” mobile processor, which is set to debut later this year. Su said (via PCMag, SamMobile):

The next place you’ll find RDNA 2 is the high-performance mobile phone market. AMD has partnered with industry leader Samsung for several years to accelerate graphics innovation in the mobile market and We’re happy to announce that we will bring custom graphics IP to Samsung’s next flagship mobile SoC (system-on-chip) with ray tracing and variable rate shading capabilities.

Samsung Exynos processors in 2021 with AMD graphics would benefit from better 3D rendering as well as ray tracing support and more. For now, the partnership only applies to mobile phones, though, not ARM-based laptops. It’s unclear, though, what the first smartphone with this new chip might be. Early this year, Samsung teased an AMD GPU for its “next flagship.” The Galaxy Z Fold 3/Flip 3 will be the company’s only flagship-level launches until early next year since the Note series isn’t coming. Regardless of what device debuts this new partnership, it’ll only be available outside of the United States as, in the region, Samsung generally sticks with Qualcomm Snapdragon chips.