Review: GameSir X2 is the essential controller for cloud gaming on Android 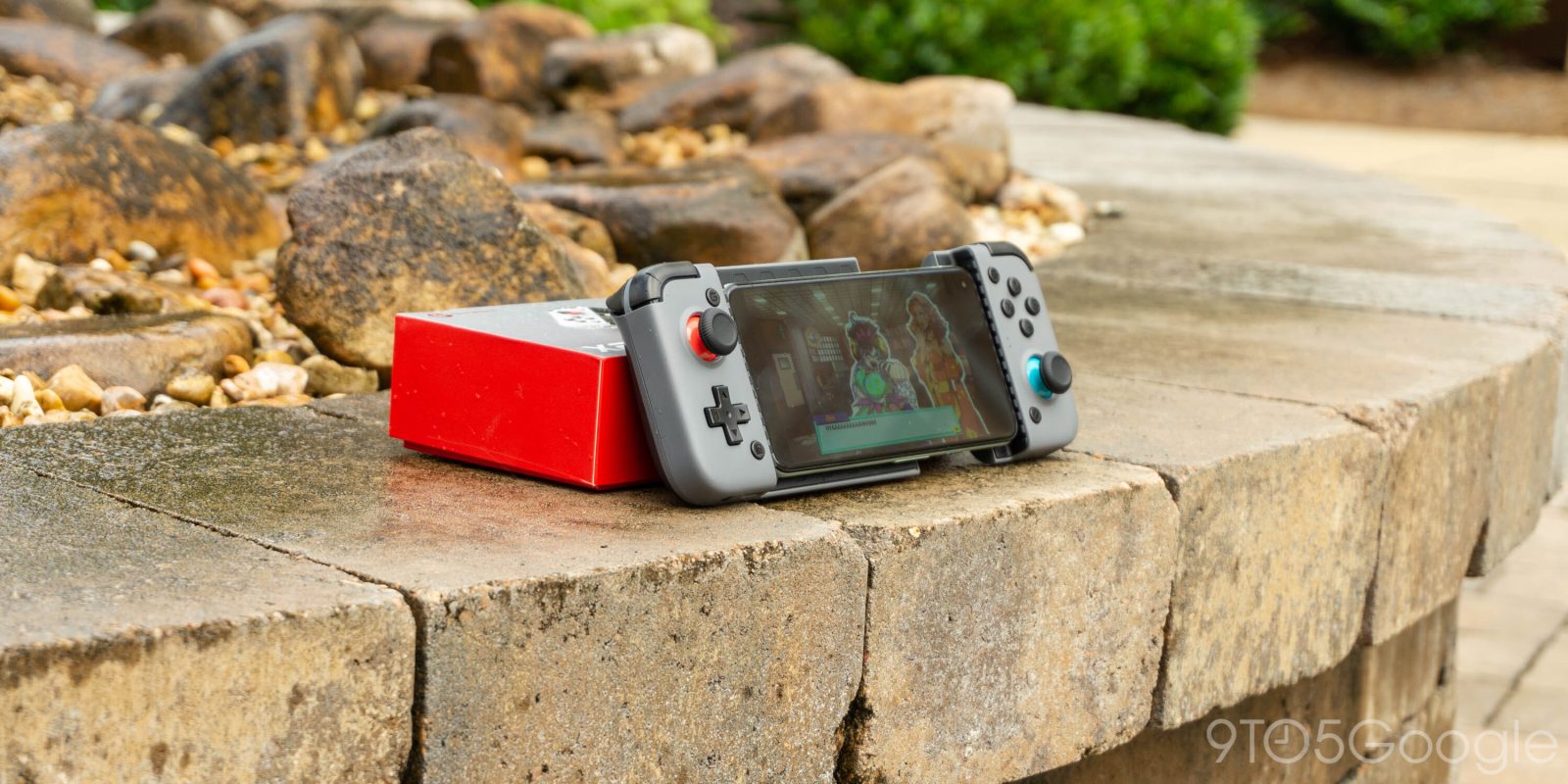 With the rise of mobile gaming and more recently cloud gaming, the need has never been greater for a reliable and affordable controller for your Android phone. But does the GameSir X2 rise to the occasion? Let’s find out.

Right off the bat, I need to mention one thing about the GameSir X2. There are actually multiple distinct designs for this accessory, primarily distinguished by how they connect to your phone.

The original version (in white) connects via USB-C, ensuring the fastest possible connection. This is the one I spent the majority of my review period using. GameSir has also launched a Bluetooth variant (in dark gray) that works across Android and iOS, which has the downside of needing to charge from time to time.

Both variants of the GameSir X2 are very obviously borrowing the design of the Nintendo Switch — and competing controllers like the GameVice and Razer Kishi — and that carries through all the way to the face buttons (ABXY). Most games on Android expect you to have an Xbox-style controller layout, but the USB-C model of GameSir X2 brings a Nintendo-style layout for its face buttons — BAYX instead of ABXY.

Notably, the Bluetooth model instead opts for an Xbox-style layout. Luckily, whichever layout you prefer, you can use GameSir’s — sketchy, sometimes confusing — app to tweak your button layout within the controller’s firmware. Obviously though, if you do this, your physical buttons’ appearances won’t match what’s being pressed in-game.

On the games front, if you want to play a game that requires a bit of precision in how hard you pull the left or right triggers — such as a racing game — you’re out of luck with this controller. The GameSir X2 only offers simple clicking triggers that are either fully pulled or fully released, nothing in between.

Another thing to note is that not every phone is going to be compatible with the GameSir X2, as it can only open to 173mm. For instance, I was unable to squeeze the LG V60 into the controller, where it was able to just barely fit in the Razer Kishi. Conversely, my colleague Ben Schoon has found that the unabashedly large Galaxy Fold 2 manages to fit in the GameSir X2, but not the Kishi.

For those with newer Android phones, know that there is currently an unresolved issue in Android 11 causing game controllers to occasionally not be recognized or have certain button presses ignored. While not an issue specific to the GameSir X2, it is definitely something that came up repeatedly during my review period.

One last thing to keep in mind on the compatibility front is that at present the Amazon Luna app does not currently support wired controllers on Android, making the USB-C model GameSir X2 useless for that platform.

Relatively good in the hands

As mentioned, for better or worse, the GameSir X2 is copying the design of the Nintendo Switch. Unsurprisingly, given that console’s success, the field of controllers that turn your phone into a Nintendo Switch is quite broad, but so far I have to say that the GameSir is my favorite of the bunch.

By comparison to its mainstream competitor — the Razer Kishi — the GameSir X2 has two critical improvements. The first is that the X2 I used has four distinct directional buttons, making for your button presses more certain, useful for platformers like Celeste. That said, for 2021 models, GameSir has altered their design to switch to a cross-shaped pad which, while still an improvement over the Kishi’s mushy D-Pad, is a bit of a downgrade.

Secondly, and more importantly, the GameSir X2 is reasonably comfortable in my hands. I was able to enjoy extended play sessions of games like Enter the Gungeon and Murder by Numbers without terribly much hand or wrist strain. Even shooters like Outriders and Destiny 2 were more feasible on the X2, as the controller is physically large enough to adjust my grip.

Better yet, GameSir includes two pairs of nubs you can attach to your thumbsticks — one set convex, one set concave — offering a larger surface area. This made a significant impact on improving my accuracy in shooters, but I’ve still yet to reach the consistent levels of accuracy that I’m used to with a traditional controller. The main issue I find myself struggling with in shooters is the lack of palm support.

There’s a reason why people use the Nintendo Switch Pro Controller for more serious gaming sessions rather than the more portable Joy Con. Modern game controllers are an artistic combination of ergonomics, utility, and style, crafted from generations of experience learning from the human hands. A portable controller is never going to cut it as a one-and-only controller.

If I were to do anything to improve the comfort of the controller, I’d want to add more support to help the palms and improve the curve of the wrists. At that point, though, the X2 would no longer be the same cleanly portable controller it is today. All said and done, for all but the most hardcore gamers, the GameSir X2 is plenty good enough for gaming, particularly on the go.

The GameSir X2’s all-plastic exterior lends itself well to the abuse that is part-and-parcel of being an on-the-go game controller. I’ve essentially treated the controller like dirt for the past few months, and the worst external damage it’s gotten is some dust lodged in the rubberized areas. The X2 is even surprisingly resistant to greasy hand stains.

My only concern for durability is actually limited to the USB-C model of the X2. To help make sure that the USB-C connector reaches fully into your phone even if it’s in a case, the connector is a bit longer than you may expect. Combined with the clamping pressure used to hold your phone in the X2, I’m a bit concerned about the long-term effects of the controller on an uncased phone’s USB-C port. Nothing has gone wrong thus far, but it still seemed worth sharing.

The key to the GameSir X2’s portability is its “stretching” design, sliding open to support phones up to 173mm in height and clamping them in place. At its smallest, the X2 is still 175mm long, and that, combined with the protruding thumbsticks, makes the controller far from pocketable. The size is plenty suitable for stowing in a bag, though.

Some models even come bundled with a zippered carrying case, making it easy to toss in your backpack/purse and be sure nothing will get damaged or tangled in the sticks. This case also serves as a place to stash an extra charging cable, or even a battery pack.

Between the two models of GameSir X2, there are two ways to think about battery life.

On the USB-C model, the X2 will be ready to play for exactly as long as your phone has power to spare, but the controller will drain your phone’s battery faster than normal. To counteract this, there’s a USB-C passthrough port to let you charge your phone while playing, allowing for extended gaming sessions.

Meanwhile, the GameSir X2 BT needs to be recharged separately from your phone, but its 500mAh battery will almost definitely outlast your phone in a gaming session. This is especially true as there is no way to charge your phone while it’s in the X2 BT.

Should you buy the GameSir X2?

If you’re dead set on getting a portable controller that makes your phone look and feel like a Nintendo Switch, or if you simply want a controller you can quickly throw your phone into for an impromptu gaming session, you can’t go wrong with the GameSir X2. However, the controller is certainly not for everyone.

If you consider yourself a “hardcore” gamer or are otherwise looking for an ergonomic controller to reduce stress on your hands and wrists, you would be better served by connecting a full-size controller to your phone.

The USB-C GameSir X2 for Android retails for $69.99 and is available from Amazon or direct from GameSir. Meanwhile, the Bluetooth variant rings in at $59.99 and works on both Android and iOS.