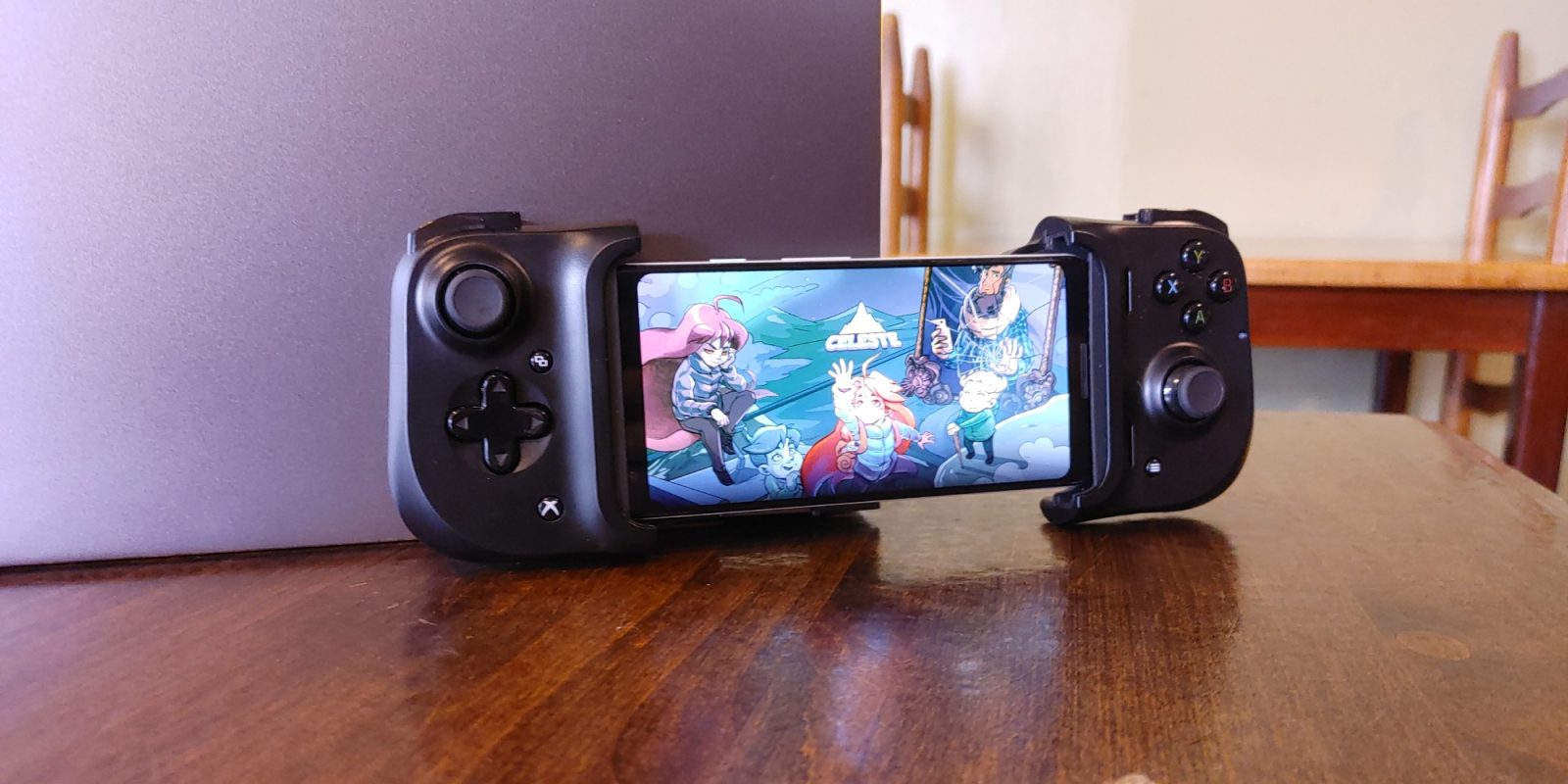 As gaming on phones has slowly become less and less casual — thanks to both native games like Fortnite and cloud gaming from Google Stadia and Xbox Game Pass — so too have the gaming accessories. We got a chance to play with the Razer Kishi to see if it holds up to the rigors of “hardcore” phone gaming.

The most important thing to know about the Razer Kishi is that unlike most other game controllers for Android, it is not wireless. This cuts out all of the many potential issues with a Bluetooth connection, such as interference and increased input lag.

Instead, the Kishi connects directly to your phone via a USB-C connector on the right-hand side. To get the controller mounted onto your phone, you actually start by nestling it into the USB-C port, then stretching the left-hand side up and over the top of your phone. For small phones like the Pixel 3, this is a simple setup, but if you prefer to game on something huge like the LG V60, the process of stretching the controller to its limits can be a bit nerve-wracking.

Worse, you absolutely need to remove the Kishi from your phone after every play session, as the controller will happily continue to draw power from your phone even when not “in use.” Luckily, the Razer Kishi can compact down to an easily stowed size, ready to toss into your bag.

Once it’s installed, your phone is now essentially a Nintendo Switch, allowing you to game on Stadia or Xbox Game Pass, with your hands on the controls on either side of your phone, giving you a full view of the action. One minor detail that I appreciate is that the Razer Kishi also redirects the sound from your phone’s bottom-firing speakers to instead aim directly at you.

As for the controls themselves, the Razer Kishi is a bit of a mixed bag. The ABXY buttons feel right, but the D-pad is a bit squishy and imprecise. For example, in playing Celeste — a fantastic 2D platformer — I would often find myself moving diagonally when trying to simply move left or right.

Meanwhile, for more intense games like Destiny 2 — a first-person shooter — I found the Razer Kishi to be uncomfortable in a variety of ways. The way I needed to hold the Kishi to get my thumbs and fingers correctly placed on the joysticks and triggers pushes the controller’s rounded corners into the palms of my hands, which left my hands feeling more than a bit sore after an extended play session. Beyond that, even with a few hours of adjustment time, I couldn’t seem to get the same aiming accuracy with the Kishi as I can manage with nearly any other controller.

Another major downside is that the Razer Kishi does not have any rumble motors. To be fair though, game streaming services like Stadia and Xbox Game Pass do not yet support controller rumble on Android either, but it would have been nice to be a bit more futureproof.

All in all, I’d say the Razer Kishi is still a solid choice for some gamers and a great way to turn your phone into something of a Nintendo Switch, with all of the good and bad that implies. There’s a reason that many folks prefer to use the traditionally designed Switch Pro controller for more “serious” gaming sessions.

For portability’s sake though, the Razer Kishi hits the mark, managing to be compact both while attached and when stowed — something I have to give Razer quite a bit of credit for. I can sometimes manage to even fit both a phone and the Kishi in the same pocket. The Razer Kishi is a great choice for the gamer on the go.

The standard Razer Kishi retails for $79.99, while its Xbox-themed variant is priced at $99.99. The only difference between these two is in the button design and the inclusion of an Xbox Game Pass Ultimate trial, which, for all but the most diehard Xbox fans, probably isn’t worth the extra $20. You can pick up the Razer Kishi from Amazon, Best Buy, GameStop, and direct from Razer.