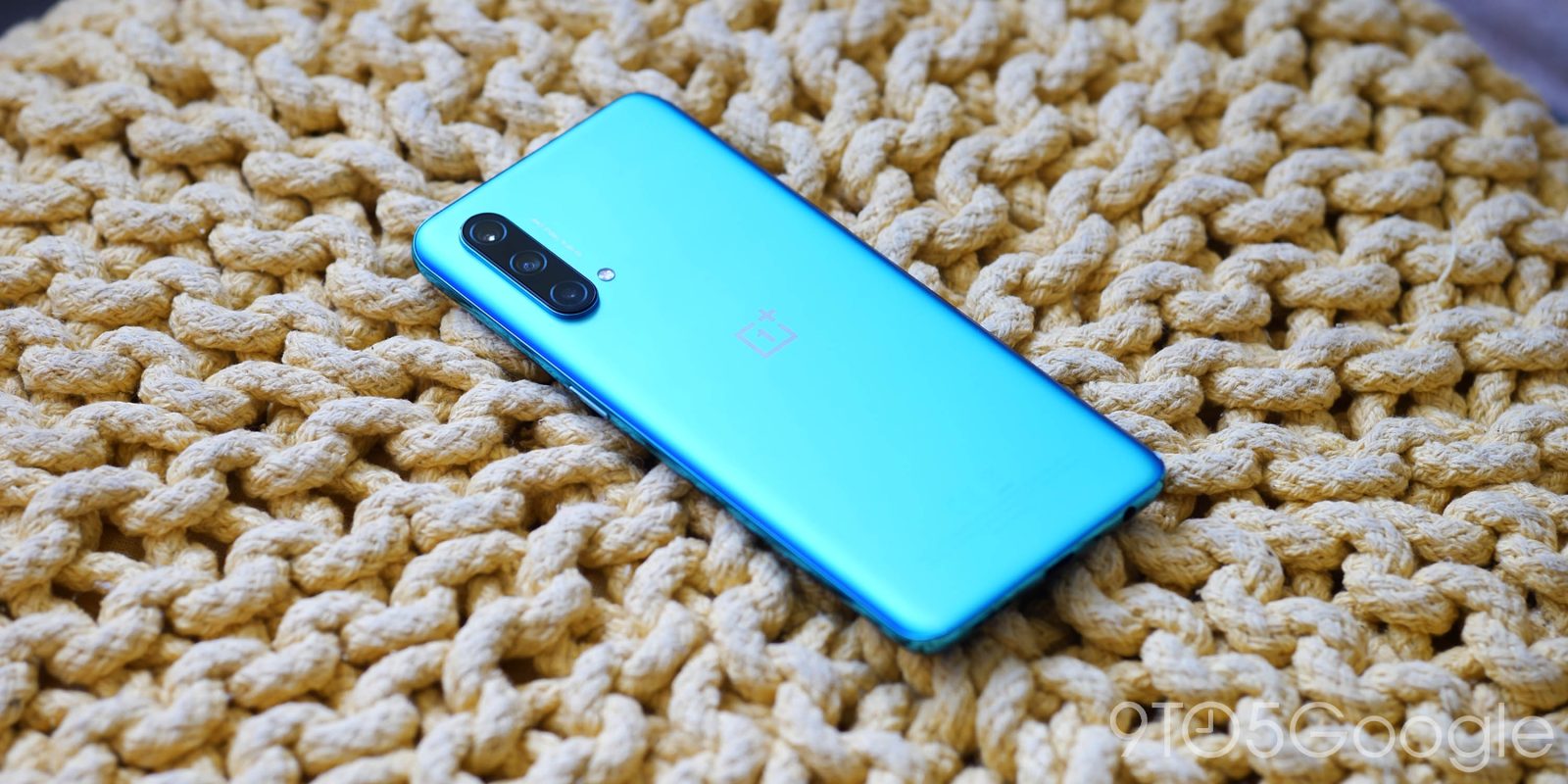 The OnePlus Nord CE 5G is the latest affordable Android from the original flagship killer brand, and it diverges substantially from OnePlus’s established roadmap.

Deciphering the Nord lineage is not too difficult, it’s clearly a way for OnePlus to expand fully into the affordable smartphone market. The Nord CE or “Core Edition” offers what OnePlus suggests is the core experience you should come to expect. While that is a nice sentiment, competition is rife at the proposed £299 or $420 price bracket. We’ve been test-driving to find just how this affordable Android holds up.

At first glance, the OnePlus Nord CE 5G has all of the hallmarks of a classic OnePlus flagship. The rear finish is eye-catching and typically OnePlus. However, looks can be deceiving as the Nord CE has had some serious toning down in the quality of the materials holding everything together.

This is fine because although the polycarbonate chassis is lightweight, it feels reasonably sturdy. The backplate has a little flex – likely owing to the plastic panel here. There is a soft satin finish to the rear plastic panel that does a fairly good job of mimicking the frosted glass finish you find on “premium” OnePlus smartphones.

I quite like the hand feel, there’s a certain weight to the Nord CE that was once limited to “premium” smartphones. There is no body flex and the addition of a 3.5mm headphone port is one that comes in handy if you want to use a pair of wired earbuds or hook up to a speaker system.

While the return of wired audio is neat, the lack of an alert slider is something I instantly noticed. Being able to flick between silent, vibrate, and normal audio modes is something that you will have to do with the display on. It’s a disappointing omission but has likely disappeared due to cost.

High refresh rate displays have very quickly drip-fed down the totem of affordable Android phones, and with OnePlus committing to such displays, it should come as no surprise that the OnePlus Nord CE packs in a 90Hz AMOLED panel. It’s a good one at that. The issues that we encountered with last year’s first-generation Nord display appear to have been fully resolved, too. There are no issues with screen tint, which was a worry from the get-go.

Viewing angles are great, as is the maximum brightness. It’s just great to see a solid high refresh rate AMOLED panel in a sub-$400 smartphone. It’s calibrated well, and I’ve not encountered an area that isn’t enhanced by having a bright, clean panel. The removal of the pill-shaped punch-hole means you’re not losing any screen real estate here either.

OxygenOS 11.0 comes pre-installed on the OnePlus Nord CE 5G, and it’s pretty much the exact same experience that you’ll find on the latest OnePlus 9 series. The UI doesn’t inhibit the experience too much, but there is a little bloat if you class OnePlus’s stock apps as such.

The Qualcomm Snapdragon 750G performs to a similar level as the 765G in that most everyday things are a breeze. You can bog the device down if you try and push it too much and run multiple intense apps simultaneously, but for the most part it’s smooth and fairly fluid. I noticed no problematic areas beyond when trying to game.

Switching from app to app, app loading speed, and just general usage seem absolutely fine with only very rare slowdowns every now and again. You can even do some light gaming without really breaking a sweat, but don’t go in expecting performance levels around the same level as the OnePlus 9 or 9 Pro. Tempered expectations are something you really need with an affordable Android phone such as this.

OxygenOS may have had a lick of paint, but overall it’s still a pleasant experience with an array of customization options if you want to start tweaking. Some bloat has started to creep in but for the most part, it’s still clean and concise. A big gripe here is that OnePlus has only guaranteed OS updates for two years. This would mean that beyond Android 13, you’ll get a year of security patches and then nothing. When we are holding on to our smartphones for longer than ever before, this might prove to be a big dealbreaker for some people out there — and rightly so.

Now for some more sore points on the OnePlus Nord CE 5G, the camera just isn’t quite up to standard even at its proposed £299 price point. The 64-megapixel main camera produces 16-megapixel images courtesy of pixel binning, but while images look okay, things are not exactly excellent. Sure, if you’re not a pixel peeper, main sensor images are good enough.

That said, it doesn’t even compete with the Pixel 4a, which uses a much smaller, older sensor. I found camera focus to be a sore point at times, especially in bright situations. Locking on to a subject could just fail and require a camera app restart. This is something I’m sure that an OxygenOS update can fix but at least until it rolls out, I couldn’t always rely on the Nord CE 5G.

While this phone comes with a triple camera setup, the 2-megapixel monochrome sensor supposedly helps increase the quality of the wide and ultrawide by providing extra light data. I can’t honestly say I noticed any improved results, but the overall camera experience is reasonable despite some of its misgivings.

The 4,500mAh battery held up well during our testing period, with plenty of headroom to spare at the end of each day. I could muster a couple of days of usage just with general texting, some brief video calling and social media scrolling.

I did disable the Always-on display and saw a minor boost in longevity, but even when connected to a 5G network and trying some cloud gaming on services like Stadia and GeForce Now, it held up well. I would stop just short of calling the OnePlus Nord CE a battery beast, but it does withstand a fair amount of use before needing some added power.

The inclusion of 30W charging is a nice bonus, especially given that many other affordable devices at the same price point will top out at between 18-25W. This gives you around 50% battery in just 20 minutes. If you are worried about reaching the end of a busy day, it’s a lovely safety net for lifespan.

From a smartphone OEM that relies on its “Never Settle” branding, the OnePlus Nord CE 5G still feels very stripped back — as the original Nord was before it. At the proposed £299 asking price, it feels like a fair price, but it’s usurped by last year’s model in most areas save the display and maybe the camera. Then throw in the likes of Xiaomi and Realme into the mix and the OnePlus Nord CE 5G seems a little bit expensive but is by no means a terrible deal.

Aside from some obvious downgrades and the loss of the awesome alert slider, the OnePlus Nord CE 5G is a good phone, but not an excellent phone. It’s just bettered by other more “complete” options available at a similar or ever-so-slightly elevated price. The Poco F3 really stands out for £329 versus the Nord’s £299 start price here in the UK. However, what I like about the Nord CE 5G is that it doesn’t overpromise and under-deliver, something that, unfortunately, recent flagship OnePlus devices seem to be adept at.