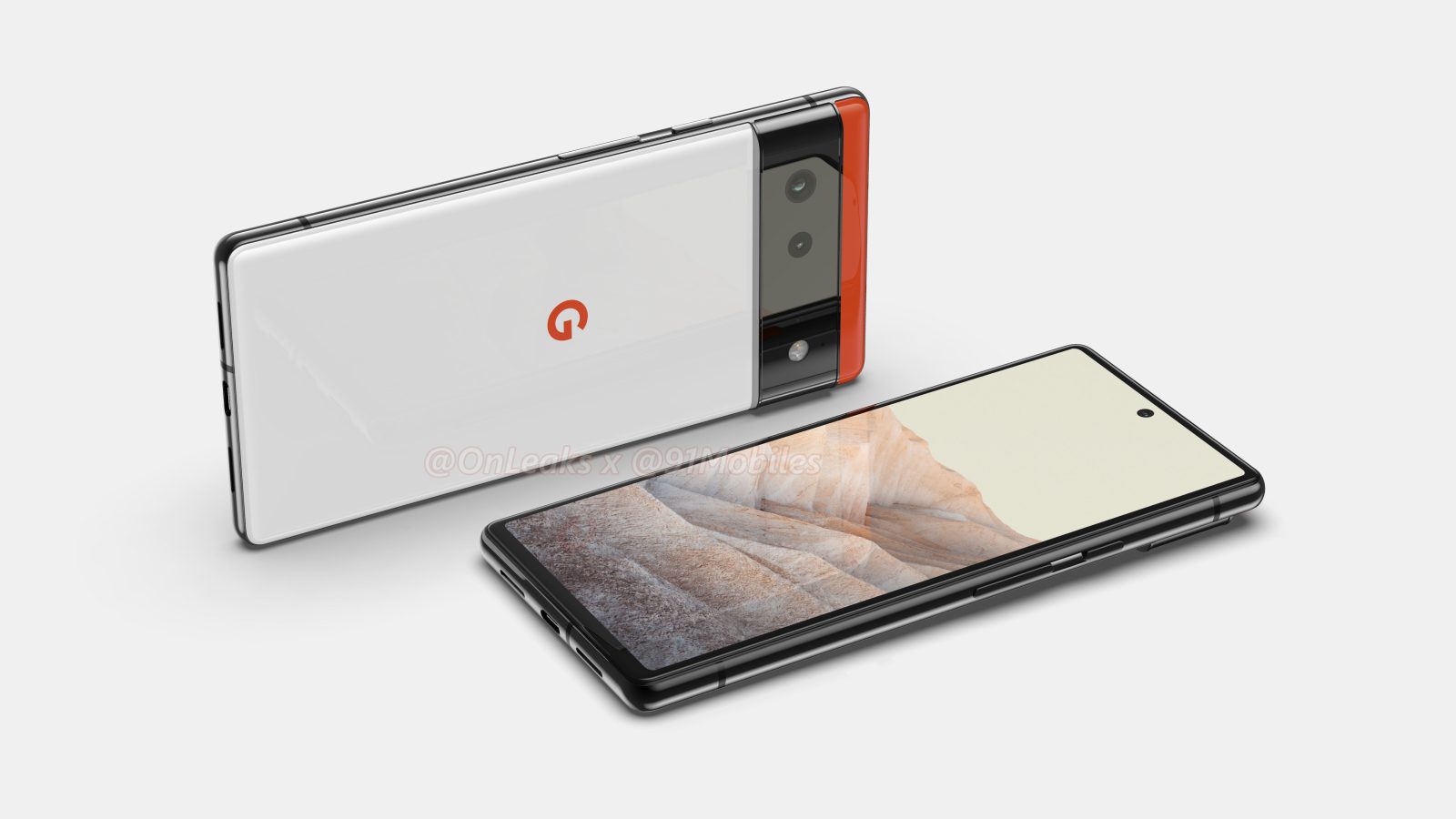 We’re still a couple of months out from Google debuting its Pixel 6 lineup, and so far, information has been relatively scarce. We’ve seen the design and picked up on a couple of other tidbits, but it’s been quiet compared to years past. Now, an alleged rumor claims to reveal the specs for Pixel 6 and Pixel 6 Pro.

The Google Pixel 6 is viewed, in a way, as a soft reboot for the series. It’s clear that the phone will be adopting a new design that’s more premium than past iterations, but other details have been unclear.

This week, Jon Prosser posted what he claims is a “full” spec sheet for Pixel 6 and Pixel 6 Pro. While Prosser has had some big leaks with the upcoming Pixel lineup, the track record at play here demands a grain of salt around this information. Even in this post, the codename “Oriel” is spelled incorrectly compared to what we have been reporting and what Google itself has been showing for months now, though “Raven” is in line with previous findings.

That said, everything being presented is perfectly reasonable to expect.

For the smaller Pixel 6, it’s said that the 6.4-inch phone, in line with previous leaks, will use an AMOLED display with Google’s custom chip known as “Whitechapel” and 8GB of RAM. Alongside that is either 128GB or 256GB of onboard storage and Android 12. The camera array includes a 50MP primary sensor and a 12MP ultrawide camera with an 8MP camera on the front. Rounding things out, the battery size mentioned is a slightly odd 4,614mAh.

Meanwhile, the “Pixel 6 Pro” is a 6.71-inch device, slightly bigger than what was previously reported, that is apparently using a Plastic OLED display, a technology Google hasn’t used in Pixels since the flawed Pixel 2 XL. RAM jumps up to 12GB, in line with other Android flagships, with 128GB, 256GB, and 512GB storage options. A 5,000 mAh battery apparently powers the show with a “Whitechapel” chip. Finally, the camera array here is mentioned as a 50MP primary, 48MP “tele,” and 12MP ultrawide with a 12MP selfie shooter.

Whether or not this specific rumor turns out to be fully accurate, these specs are not out of the question on what we might expect at this point. As mentioned, the new design and chip hint that Google is making more of a high-end play with Pixel 6, and these specs essentially put the company on par with offerings from OnePlus and Samsung.

Perhaps the most interesting mention in this post, though, is not the specs for Pixel 6. Rather, it’s the mention that Google is apparently planning a five-year update commitment for these devices. That would add two years to the current promise and would most closely match Apple’s iPhone, as well as outpacing every Android offering. Again, this is perfectly reasonable to expect and something we previously speculated on as a benefit of using “Whitechapel,” but it’s still important to take everything with a grain of salt until more of these details are corroborated by other sources.