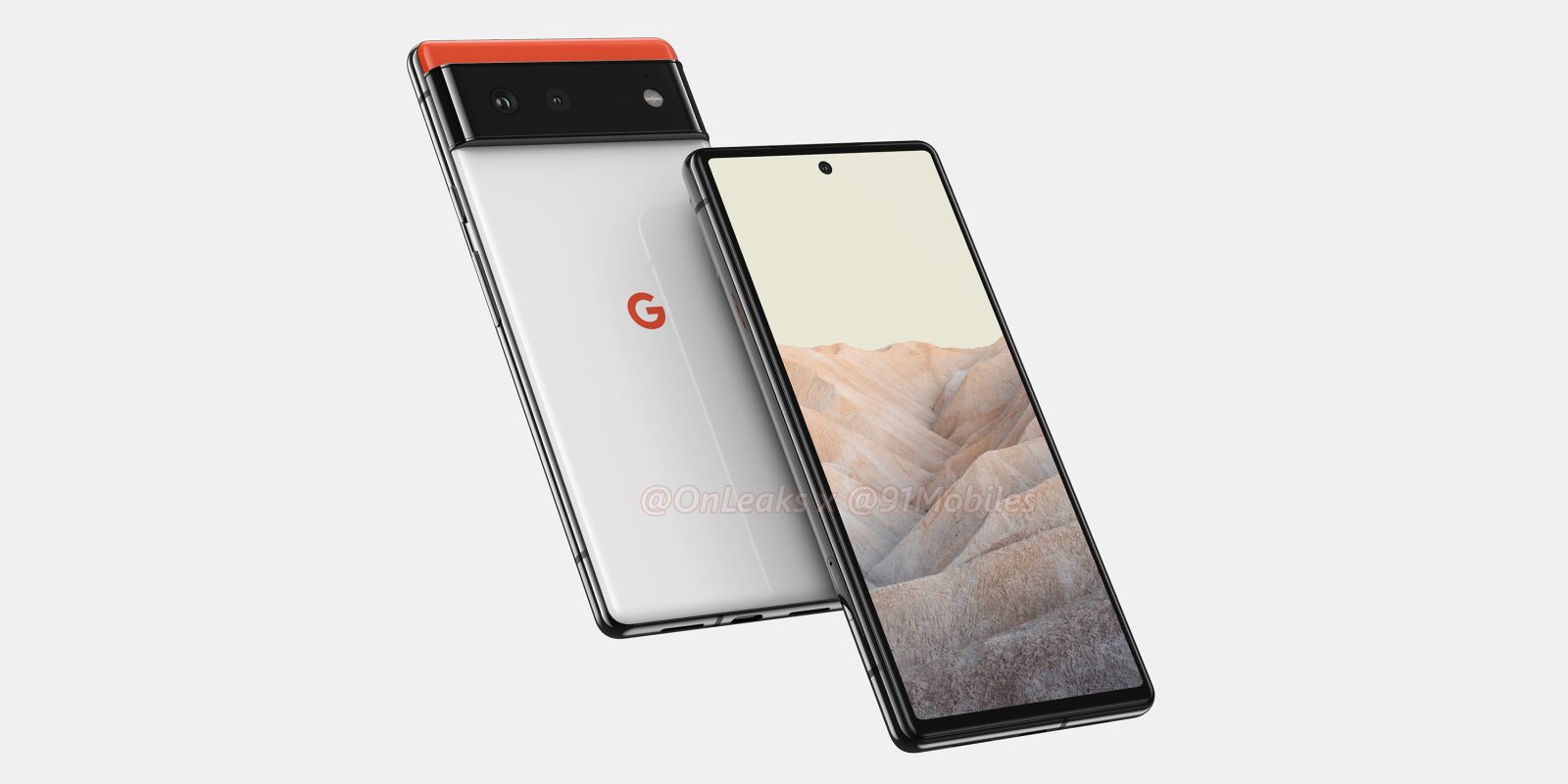 All aboard the hype train for the Pixel 6 series as yet more renders, this time of the smaller device, have now come from one of the most credible sources on the web, which allows us to discern some major differences between the two proposed late-2021 Made by Google phones.

Steve Hemmerstoffer aka @OnLeaks (in collaboration with 91Mobiles) shared these latest high-resolution renders of the Pixel 6 having given us a closer, refined glimpse at what the “Pixel 6 Pro” looks like it will bring to the table. The notable here is that the “smaller” Pixel 6 device will still be fairly large with a 6.4-inch screen. The handset will measure roughly 158.6mm x 74.8mm x 8.9mm (11.8mm including rear camera bump), which is a sizeable leap over the current Pixel 5 which has 144.7 x 70.4 x 8.0mm dimensions.

Unlike the proposed Pixel 6 Pro, the renders suggest that the standard Pixel 6 will come with a flat display rather than a curved panel. This will be a first for the Made by Google smartphone series, which usually only differentiates between device display by size, and in some cases, bezels. A notable example is that of the Pixel 2 and Pixel 2 XL. You can see the bezels are fairly large here compared to the curved panel on the Pixel 6 Pro.

Hemmerstoffer also notes that like the larger counterpart, the Pixel 6 will come with an in-display fingerprint scanner, which is not instantly visible in the shared renders. Other hardware notables include a single bottom-firing speaker, wireless charging, and centrally aligned punch-hole notch.

However, this isn’t the only proposed difference. As the camera setup at the rear looks to drop a lens or sensor for this smaller model. At this stage it is not yet known just what the camera setup will consist of, or the resolution of the sensor being used. Many fans will be hoping for big strides in the camera setup, as the aging Sony IMX363 is starting to falter in certain areas even when aided with exceptional computational post-processing.

The renders suggest the periscope zoom lens will not make it to the smaller Pixel 6. This could be a move to mimic how Apple has handled the iPhone 11/12 series, which comes with a main wide and ultra-wide lens. Only the iPhone 11/12 Pro devices include zoom capable lenses. That said, it’s not fully clear from the Pixel 6 renders if that is the case here.

Although recent weeks have unearthed a lot more about the late-2021 Made by Google series, there is still a lot we don’t know about the upcoming duo. However, we are fairly sure that this device will be the “Pixel 6,” while the “Pro” model name is still unconfirmed at this stage. Other specifications including camera sensors, lenses, and tidbits such as the battery capacity are still a large unknown. Like it’s larger partner, the Pixel 6 is set to utilize Google’s in-house “Whitechapel” chipset.