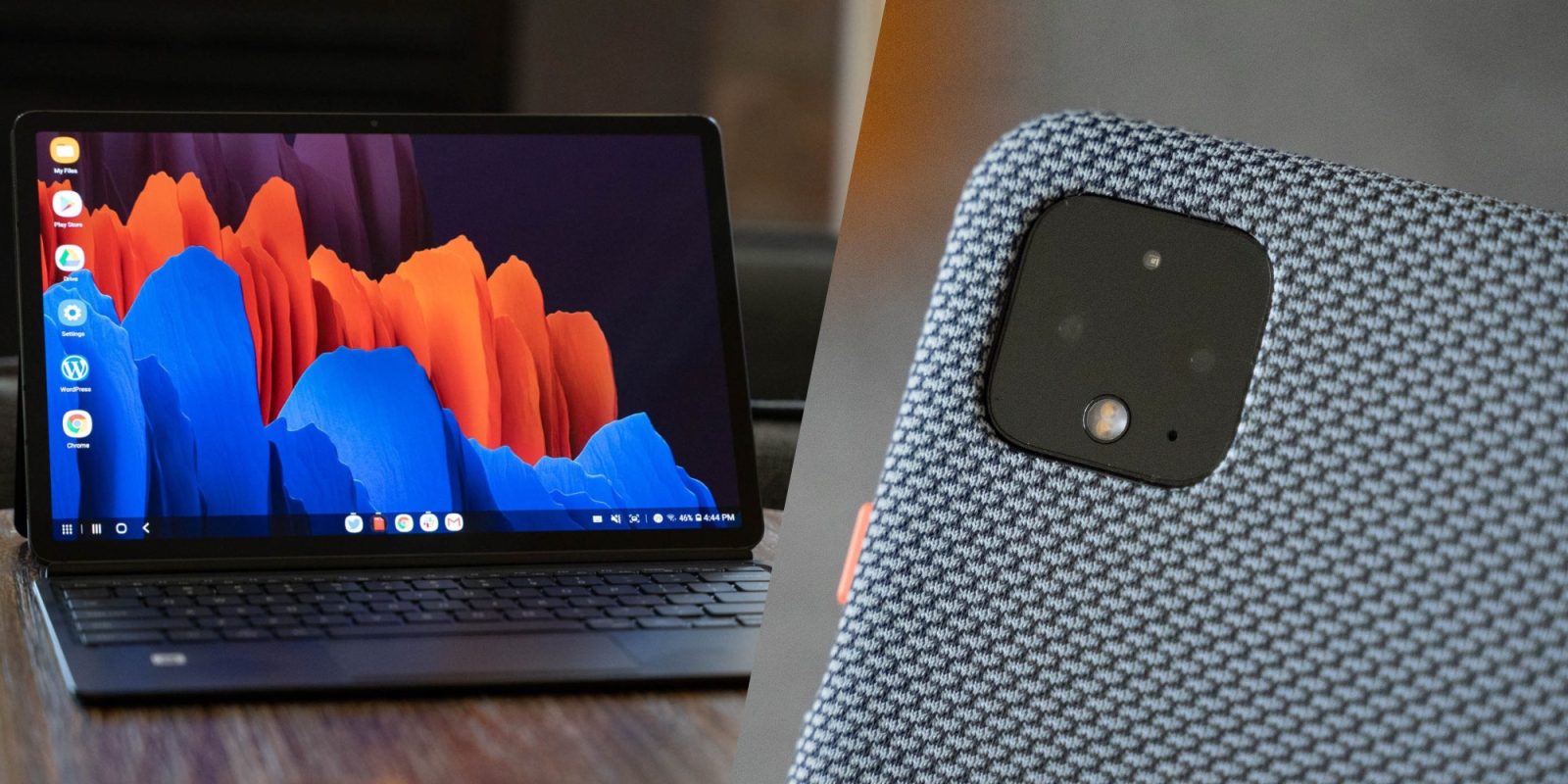 All of today’s best deals are now live and headlined by Samsung Galaxy Tab S7/+ models at $200 off. That’s alongside Google’s official Pixel 4/XL Fabric cases from $23 and Samsung’s 32-inch M7 4K Smart Monitor for $350. Hit the jump for all that and more in the latest 9to5Toys Lunch Break.

With a 12.4-inch Super AMOLED display marking one of its most notable features, Samsung’s Galaxy Tab S7+ delivers a 120Hz refresh rate with S Pen support thrown into the mix, as well. Alongside upwards of 256GB of storage, there’s microSD expansion, 6GB of RAM, and up to 14 hours of battery life per charge. Our recent poll found that the Galaxy S7 lineup was the more popular Android tablet offerings amongst our readers.

Amazon is currently offering the official Google Pixel 4 Fabric Case for $23. Normally fetching $40, which you’ll find on other styles right now, today’s offer amounts to 42% in savings while dropping the price $1 lower than our previous mention to mark a new all-time low. Those rocking a Pixel 4 XL will find the compatible Fabric Case for $27, down from $40. Pair your Google Pixel 4/XL with one of its official cases to complete the first-party stylings. Each of them sport a fabric design with a raised edge to protect the screen and will still let you take advantage of wireless charging. That’s on top of support for Google’s Active Edge feature, which lets you call up Assistant “with just a squeeze.” Get a closer look in our hands-on review.

Amazon currently offers the Samsung 32-inch M7 4K Smart Monitor for $350. Down from its usual $400 going rate, you’re looking at $50 in savings to deliver a match of our Prime Day mention and the third-best price of the year.

Samsung’s new M7 Smart Monitor arrives with a 4K panel alongside a 65W USB-C PD port, pair of HDMI inputs, and more. But where the unique display stands out from the competition is with integrated smart features, including AirPlay 2 support, native access to Netflix, Disney+, Hulu, Apple TV+, YouTube, and other services, as well as an adaptive picture mode for adjusting the brightness throughout the day.

Amazon offers the Klipsch T5 II True Wireless Sport Earbuds for $100. Having entered at $229 last year, these recently dropped to $150 before falling another $50 in order to deliver a new all-time low at 56% off the going rate.

As one of Klipsch’s latest true wireless earbuds, the new Sport model delivers IP67 water-resistant design alongside memory foam ear tips and other features that make them ideal workout companions. You’ll also benefit from 8-hour battery life which jumps up to 24 thanks to the USB-C charging case which has a rugged design to match the earbuds themselves. Transparency mode completes the package here.

Amazon is now offering the TP-Link 9.5W Kasa Color Changing Smart Bulb for $11. You’ll also find the newer 9W model marked down to $10 right now. Both regularly fetch closer to $15 with today’s deals being the lowest we can find and you’re looking at a new all-time low on the 9W variant. These dimmable A19 smart bulbs can be controlled with your phone or your voice (via Alexa and Google Assistant), no-hub required. Alongside the usual energy and money-saving scheduling and timers, they can produce warm/cool whites as well as millions of other colors to bring some ambiance to your smart home setup.