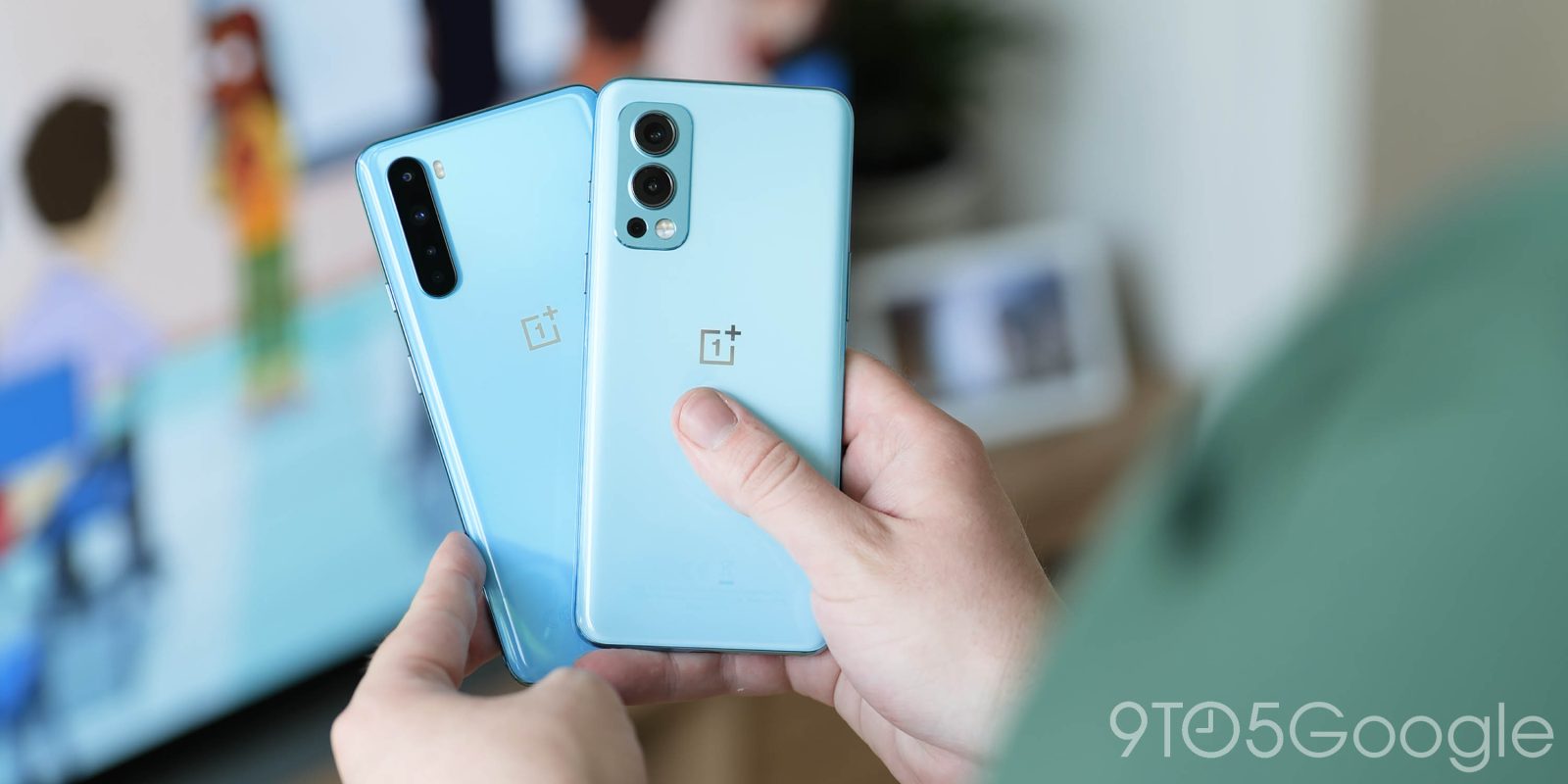 The OnePlus Nord continues to be a fairly solid affordable Android device, but with an updated and upgraded model on the scene, you might see the latest OnePlus device and have cast an envious glance over at the latest release. But is there enough of a difference to warrant switching from the OnePlus Nord to the OnePlus Nord 2?

As we’ve mentioned in our previous OnePlus comparisons, 2021 is a very important year for OnePlus. There is a huge, new Hasselblad camera partnership, Carl Pei has left the firm he cofounded, and the firm is set to merge backroom staff and software development with Oppo.

While the somewhat flawed OnePlus 9 Pro is still objectively the best OnePlus phone to date, last year the OnePlus Nord proved to be a well-priced and well-specced smartphone for regions where it is/was sold. It’s still a great budget package that is worth holding onto and leverages some common OnePlus smartphone traits, but the OnePlus Nord 2 ups the ante with tweaks, upgrades and tuning that might be worth paying attention to. With that in mind, we’re here to figure out if an upgrade is something that should even cross your mind.

If you put the specifications of these devices side-by-side, you can see that there are some notable and important changes in the affordably focused duo. There are also a few internal tweaks that might turn a few heads — namely the usage of a MediaTek processor.

The biggest difference this time around boils down to the camera setup — which we’ll talk about later — and the usage of a brand new chipset that isn’t manufactured by Qualcomm. The OnePlus Nord 2 is the first from the firm to come with a MediaTek processor, and this might make people wary of the device.

In terms of benchmarks, this custom MediaTek Dimensity 1200-AI processor scores almost double that of the Snapdragon 765G when using synthetic benchmarking software AnTuTu. There’s a 25% bump in CPU clock speed and GPU performance is also boosted. Gaming is where the biggest notables jumps can be seen with higher average framerates across the board on the most popular games including Call of Duty: Mobile, Fortnite, PUBG Mobile and Genshin Impact, plus many more.

For those wondering, the closest Qualcomm chipset to the Nord 2 in performance terms is the Snapdragon 870. It just edges out the Dimensity 1200, but the MediaTek chip has the advantage of being based upon the 6nm process rather than 7nm.

The screens are almost identical in terms of on-paper specifications, but when side-by-side you can see some notable differences, and the green-tinting issues look to have been resolved. You’re working with a 90Hz FHD+ AMOLED panel on both devices, but there is a very tiny decrease in screen size on the OnePlus Nord 2 to 6.43 inches compared to the 6.44-inch panel on the OnePlus Nord.

You do, however, gain regain a little extra screen real estate, as the punch-hole notch in the upper left has been slimmed down. The removal of the ultra-wide selfie camera means that the notch is far less distracting, and therefore, smaller. With general usage, it is hard to tell the displays apart but anecdotally it feels as though the OnePlus Nord 2 gets a little bit brighter.

Daily performance should be where the OnePlus Nord falls behind the OnePlus Nord 2, but it’s harder to notice unless using the devices side-by-side. The OnePlus Nord loses out the most with regard to app and device loading times. By upgrading to UFS 3.1 storage on the Nord 2, you’re getting not only a chipset bump but improved loading times across all areas of OxygenOS.

Most of the “big” changes are to the actual chassis of both devices. While the color choices suggest that the OnePlus Nord and Nord 2 have a shared lineage, the newer device has far more in common with the OnePlus 9 series than its predecessor. The rear panel finish is also more rounded and made from 3D AG glass rather than polycarbonate. The end result is a much more premium-feeling package that feels just a step below the flagship OnePlus 9 and 9 Pro.

We’ll commend OnePlus for promising updates for devices, but in recent years, the reliance on the OxygenOS Open Beta path is becoming quite frustrating and not fair on long term customers or new buyers. It’s great if you’re happy to run technically pre-release software, but it shouldn’t be to the detriment of stable releases.

That substantial gripe aside, the OnePlus Nord launched in late 2020 with Android 10 pre-installed and has since received the stable Android 11 update. This isn’t quite the same build that comes pre-installed upon the OnePlus Nord 2, though. OnePlus and Oppo are working to integrate the codebase of OxygenOS and ColorOS. This should mean better long-term support for upcoming devices and the OnePlus Nord 2 has more hints of this merger within OxygenOS 11.3.

The result is a half-step between the huge OxygenOS 11 overhaul with some custom options more often associated with ColorOS. Hardcore fans need not worry just yet, as the experience feels very familiar, just with a few more customization options for you to tweak and tune.

Updates can make or break a device and the original OnePlus Nord will receive Android 12 but then will only be provided with a further year of security patches. Because the OnePlus Nord 2 ships with Android 11 pre-installed, it is, therefore, in line to get Android 13 within its lifetime. That is disappointing but OnePlus has only promised 2 major Android releases plus a further year of security updates for the Nord 2 for update parity. If you care about updates beyond those phases, provided the option exists, you can always look into installing a custom ROM for longer unofficial device support.

The battery size is the only area in which the older model has a substantial disadvantage. A larger battery doesn’t always mean extended lifespan, but in the case of the OnePlus Nord and Nord 2, a 385mAh internal cell bump does make all the difference.

The Qualcomm Snapdragon 765G inside the 2020 model is fairly efficient, but with a smaller battery, it simply cannot compete with the Nord 2.

That’s not all, though, as the OnePlus Nord 2 includes much faster wired charging for when you need to replenish your smartphone. The already fast 30W Warp Charge is upped to 65W, which should take you from 0 to 100% in under 40 minutes. Neither device includes wireless charging.

The cameras on the OnePlus Nord were not exactly “great” unless you happened to stick to the main sensor and don’t rely much on digital zoom. The ultra-wide lens also still produces soft images that deteriorate quickly in various lighting conditions.

All of this is fine, as it is in no way a flagship camera setup, despite using the same main sensor as the OnePlus 8. OnePlus is at it again with the OnePlus Nord 2, which has the same Sony IMX766 50-megapixel sensor used by the OnePlus 9 and 9 Pro, but as the main sensor rather than a dedicated ultra-wide. The Hasselblad partnership doesn’t extend as far as the Nord 2 but the camera tuning is much better than one the OnePlus Nord.

It’s nice to see the borderline pointless macro sensor disappear, but a 2-megapixel monochrome sensor is added instead. That means the while the older device does offer a quad-camera setup, it is inferior to the triple-camera setup found on the OnePlus Nord 2.

While the OnePlus Nord 2 beats out the camera setup on the original, the camera UI and features are still comparable. That said, with a larger 50-megapixel sensor the Nord 2 includes an improved Nightscape Ultra mode and even the ability to shoot Dual View video. It’s not clear if these features will come to the original Nord with a software update or not at this stage.

It’s hard to truly fault the original OnePlus Nord for offering a smooth software experience and distilled essence of a “flagship killer” into a sub-$400 package, but the OnePlus Nord 2 is practically a different beast. Almost every portion of the phone has been upgraded or improved, which isn’t often the case from affordable Android to affordable Android. In some ways, the newest device looks like it provides some really interesting competition for the standard OnePlus 9 — not the 9 Pro.

The camera is a noticeable step up, as is the battery and performance levels, there is quite a substantial jump from the 2020 model to this latest iteration. While we are not actively suggesting that you should upgrade, it’s far more warranted than previous OnePlus devices. If you have the OnePlus 6T or an older device, then the Nord 2 offers a pretty nice upgrade path that is well worth taking a closer look at.