OnePlus 8 Pro vs. OnePlus 9 Pro: Worth the upgrade? [Video] 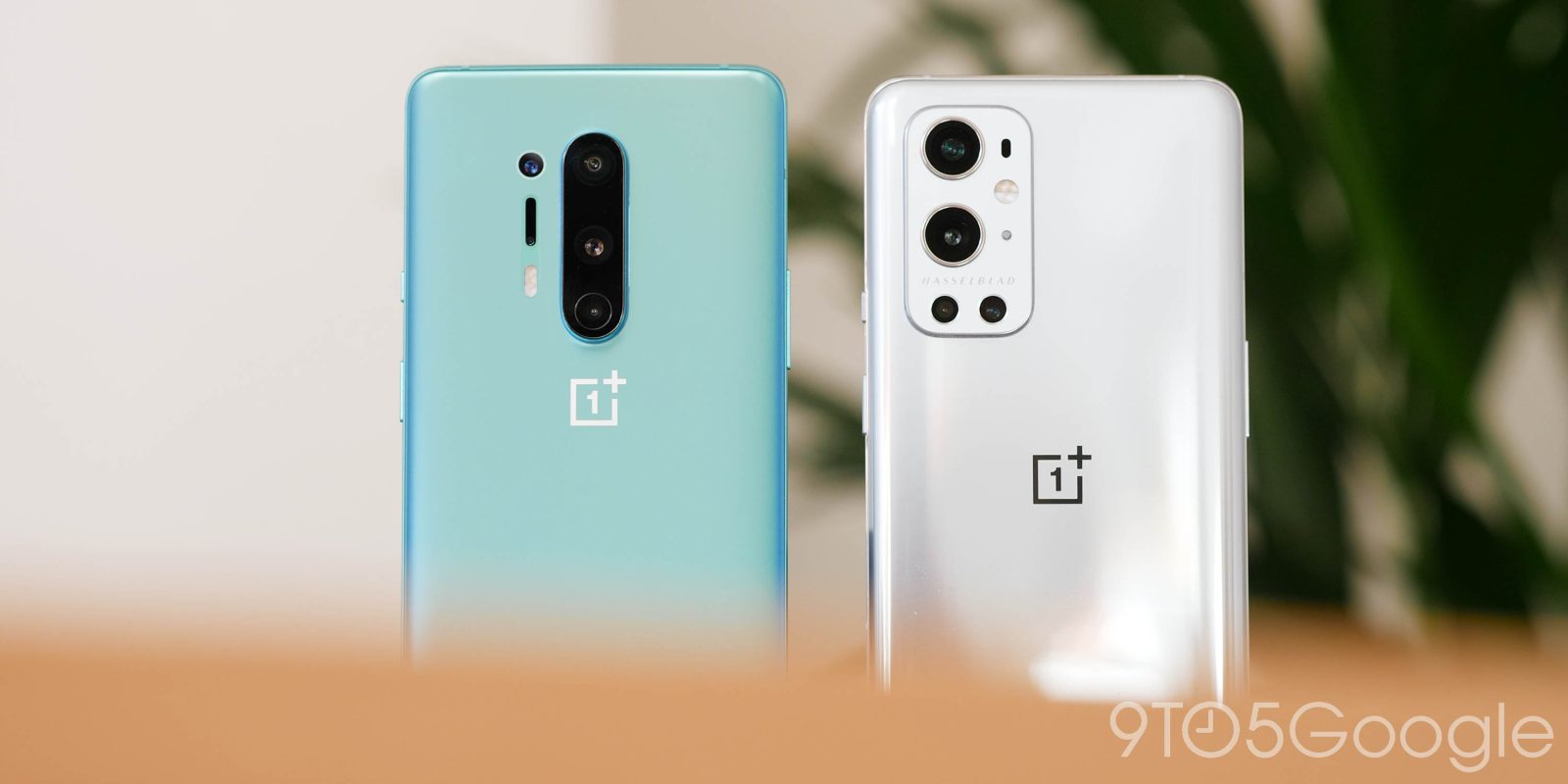 You may already own 2020’s best OnePlus device and are casting an envious glance over at the latest releases. Is there enough of a difference to warrant switching from the OnePlus 8 Pro to the OnePlus 9 Pro?

As we’ve mentioned already in our other OnePlus 8 vs 9 series comparison, 2021 is a very important year for OnePlus. There is a huge, new Hasselblad camera partnership, Carl Pei has left the firm he helped co-found, and R&D is now closely aligned with Oppo.

The OnePlus 8 Pro was the best OnePlus phone to date. It’s still an excellent smartphone, but the OnePlus 9 Pro ups the ante even further with tweaks and tuning that might be worth paying attention to. With that in mind, we’re here to figure out if an upgrade is something that should even cross your mind.

Video — OnePlus 8 Pro vs. OnePlus 9 Pro: Worth the upgrade?

If you put the specifications of the OnePlus 8 Pro and OnePlus 9 Pro side-by-side, you could be forgiven for trying to work out what has really changed. At least the mainline 8 to the OnePlus 9 has some notable hardware changes.

The only really major difference this time around is the usage of faster storage and an LTPO AMOLED panel. So you’ve probably heard of dynamic refresh rates when we’re talking about displays. An LTPO display allows OxygenOS 11 to adjust refresh rate on the fly with more precise control.

LTPO AMOLED screens can drop to multiple refresh rates such as low as 1Hz when viewing photos or still images or even 24Hz, 30Hz, or 60Hz. This should help conserve battery life, but that depends on just how the system implements the feature.

Other than that, there are some modest improvements to the 120Hz QHD+ display, including to the overall sharpness. That said, it’s not a massive real-terms jump. If you hate curved displays, then neither OnePlus 8 Pro nor OnePlus 9 Pro will be off the table.

Daily performance should be marginally improved on the newer model, but it’s unclear if you would be able to notice. There’s no denying that the OnePlus 8 Pro is still a very powerful smartphone with so much RAM overheard to keep things ticking over nicely for a long time to come.

As with the smaller model, the outer chassis of the OnePlus 8 Pro and 9 Pro share a strand of the same DNA but with various nuances. The rear camera module is a prime hardware difference. Gone is the centrally placed “pill shape” for an upper left domino-style setup. With that in mind, you can tell there the OnePlus 8 Pro and OnePlus 9 Pro are part of a shared lineage.

We’ll commend OnePlus for promising updates for devices, but in recent years, the reliance on the OxygenOS Open Beta path is becoming quite frustrating. It’s great if you’re happy to run technically pre-release software, but it shouldn’t be to the detriment of stable releases.

The OnePlus 8 Pro should be supported up to and including Android 13. Because the OnePlus 9 Pro ships with Android 11 pre-installed, it is, therefore, in line to get Android 14 within its lifetime. If you care about updates beyond those phases, you can always look into installing a custom ROM.

The battery size is the only area in which the older model has the upper hand. Mind you, it’s not by very much, as the OnePlus 8 Pro ships with a 4,510mAh battery versus a flat 4,500mAh battery in the OnePlus 9 Pro. In reality, the extra 10mAh is mitigated with a more efficient 5nm Qualcomm Snapdragon 888 chipset.

The cameras on the OnePlus 8 Pro are not “bad,” in all honesty. They just lack a little something to stand alongside the Samsung Galaxys and iPhones of the world. When the 8 Pro launched, it provided a major step up over the OnePlus 7 Pro camera setup.

With the OnePlus 9 Pro and the burgeoning Hasselblad partnership, the OnePlus 8 Pro’s camera has already been surpassed. Although the hardware isn’t quite as different as you might have expected. The main sensor remains in the same resolution, but the Sony IMX789 replaces the Sony IMX689 sensor, while the new Sony IMX766 50-megapixel sensor is being used as the basis for the ultra-wide-angle lens.

We said goodbye to the cool-but-kinda-creepy color filter sensor that could see through thin objects and say hello to a 2-megapixel monochrome sensor. A 3.3x telephoto zoom lens also joins the quad-camera setup for a fairly solid selection of focal lengths and options to choose from.

Of course, because of the Hasselblad partnership, there are some unique options on the OnePlus 9 and 9 Pro series. Nightscape returns, but the entire camera user interface has been altered. There is a dedicated Hasselblad Pro Mode that includes vectorscopes and fine tuning controls.

There’s even a software Tilt-Shift mode that mimics the “miniature” look associated with the offset camera lenses that are used to create the unique look. Colors have been tuned to effectively mimic the Hasselblad “look.” The difference is more nuanced than at first glance, but the OnePlus 9 Pro camera is a substantial step up.

OnePlus 8 Pro vs OnePlus 9 Pro: Should you upgrade?

The camera is a step up, and realistically, that’s the only major difference between the OnePlus 8 Pro and the OnePlus 9 Pro. But you knew that already. If you have the OnePlus 7 Pro or an older device, then it’s a far more palatable upgrade that is well worth taking a closer look at.