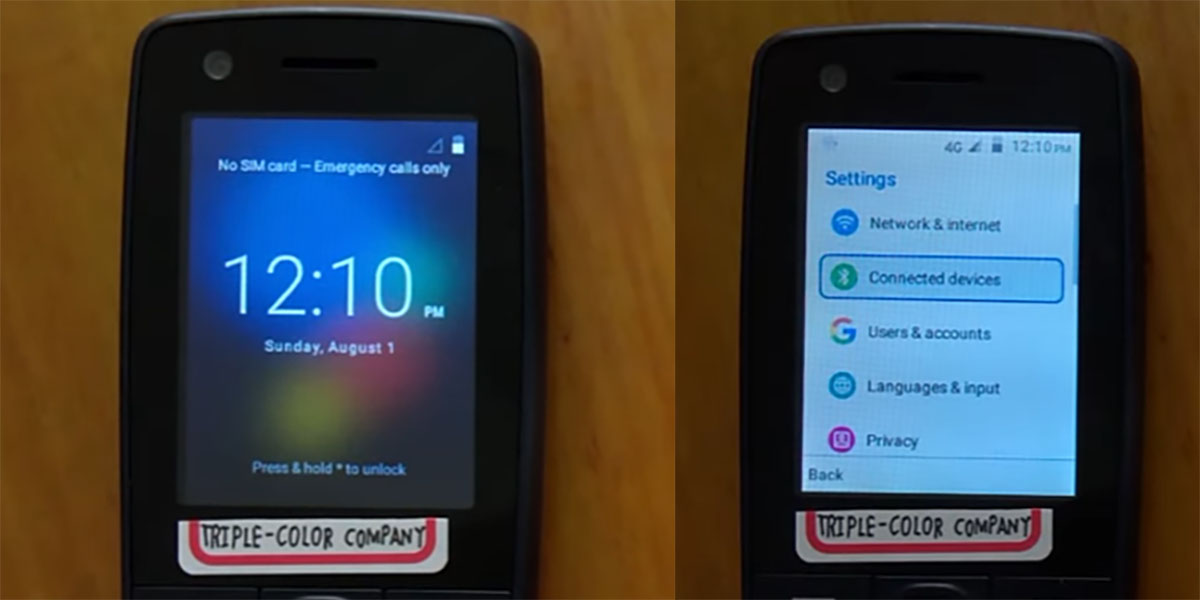 It’s no secret that Google has been trying hard to better service emerging smartphone markets, with India being a major focus for the company. “Android for Feature Phones” was once an ambition Google was working towards, but it was scrapped before coming to market. Now, we’re getting a better look at what that platform would have been.

Looking back a bit, we previously reported on Google’s efforts in building out “Android for Feature Phones.” That started with a new “touchless” mode for Google Chrome that was discovered and ultimately canceled in 2019. We found similar references to the project in Android and even published an exclusive image of a canceled piece of Nokia hardware over the course of that year.

Now, that Nokia device has resurfaced. Hikari Calyx got their hands on the “Nokia 400,” a feature phone that was destined for the Indian market. The hardware overview is very basic, but what’s interesting here is the software.

From boot, we can see a lockscreen derivative of Android, complete with some legacy status indicators and a blurred-out Google Assistant logo. From there, we see a homescreen that’s very similar to what we saw in our own leaks of this product, complete with icons for Google Chrome and YouTube. Later in the video, several different recommendations powered by the Assistant are shown as “chips” on the homescreen.

A quick settings menu also shows quick toggles for Wi-Fi, data, Bluetooth, and the flashlight, along with settings for volume and do not disturb. The larger Settings app looks more akin to standard Android, even with similar icons in place.

A look into the app drawer further shows apps from Airtel, including TV and mobile payment apps. There are also versions of the calculator and calendar, both of which share icons similar to those of stock Android. The same applies to the clock, contacts, gallery, messages, and dialer apps. Chrome’s Dino game, Proxx, and Snake are also clearly visible, as is a WhatsApp app. The Chrome game, importantly, has the exact same UI we previously reported on.

Another look into the Settings menu also shows that this is based on Android 8.1 and that the device has 512MB of RAM. A “Phone Tips” app gives users a quick tutorial on the Google Assistant, something that is shown in better resolution on a tweet from the same source. Some apps shown off include the Messages app and Clock apps, the former showing T9 keyboard input and just about all apps showing clear influence from Android smartphone design.

Performance on “Android for Feature Phones” is certainly less than ideal in many cases, but it’s impressive to see so much being accomplished by such basic hardware. Perhaps one of the most impressive demos shows files being transferred from a proper Android smartphone to this feature phone using Wi-Fi, with the feature phone offering a full file browser too. The full video is a lengthy 17 minutes, but it’s an interesting look into what Google was working on for emerging markets.

What happened to “Android for Feature Phones” and Google’s efforts in this market? While the operating system has seemingly been abandoned, Google has invested more into KaiOS and that operating system, which has been making waves in India. Just this year, Google and JioPhone announced an “optimized” version of Android for the region.