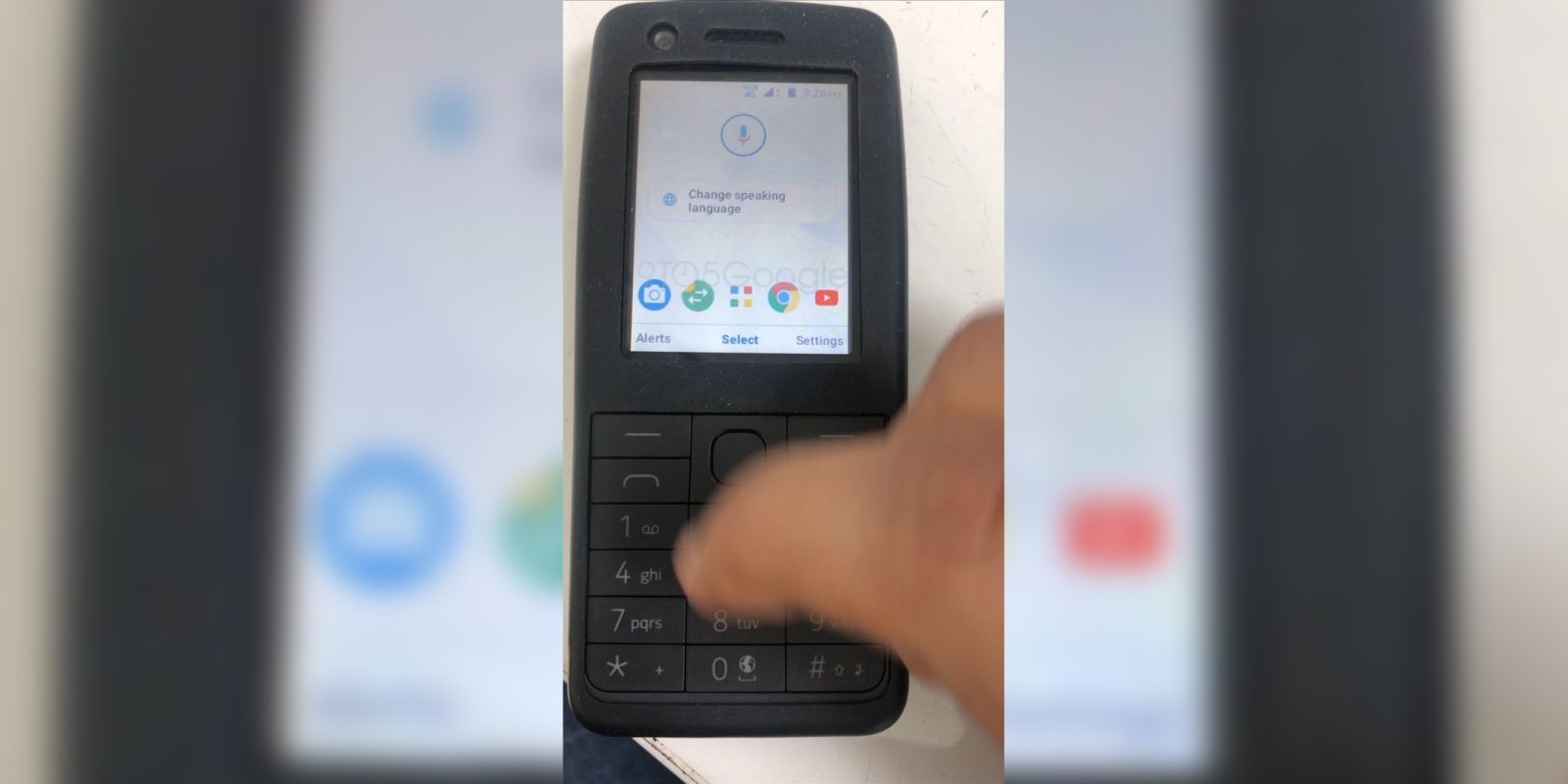 For the past few months, we’ve been tracking developments in Chrome that point to Android becoming a competitor to KaiOS by entering the feature phone market. Today, the first purported image of an Android feature phone has come to light, with Nokia stylings.

Google has kept relatively mum about how the Android side of things would work, leaving us to only speculate on what changes would be necessary to make a touchless version of Android. The only real detail about Android for feature phones we’ve learned is that the traditional Android app switcher will not be available unless a device has a hardware button for it.

Today, an anonymous tipster has provided us with what they claim is an image of an Android feature phone in development. While there’s no conclusive branding on the device, the source claims the phone is from Nokia, and this is backed up by the distinctive icon used for the “phone” button on the left side. We’ve also included a suspiciously similar Nokia phone for visual comparison, below. The lack of visible branding is likely due to what appears to be a rubber case surrounding the device’s exterior.

In the image, we see what appears to be a new layout for the Android home screen. Prominently placed at the top of the screen, we see Google’s standard microphone icon, which could indicate easy access to the Google Assistant on Android feature phones, though Google has also used this microphone for normal voice searches. Just below that, we find a suggestion to “Change speaking language.” We’re not sure if this is tied directly to the microphone button, or if that location on the home screen will be used to provide suggested actions.

Continuing downward, we can see a row of app icons, with what looks like an app drawer icon in the center, using Google’s four-color scheme. Of the visible apps, three of them are clearly Camera, Chrome, and YouTube, leaving us with a mystery icon. This mystery app appears to have a Material Design icon, even using Google’s usual green and yellow shades and a fold in the corner reminiscent of the Files by Google app icon. Unfortunately, the icon alone wasn’t enough to find more information about the app.

Finally, along the top and bottom edges of the device, the traditional feature phone UI can be spotted, with signal, battery, and the time at the top, and three options along the bottom that are most likely accessed with a button press. Interestingly, this UI appears to have gone through some changes since the last two times we’ve seen it in “touchless Chrome” screenshots.

“Alerts” is listed on the left side of the new iteration of the bottom bar, which may be the way to access your phone notifications, instead of using the normal Android notification shade which a feature phone wouldn’t have.

The tipster didn’t give us any other images or a way to validate their claims, so we can’t treat any of this as factual just yet. However, it’s definitely the most sensible vision we’ve seen of how Android could work on a feature phone. The question now is whether Google will be able to do the necessary optimizations to make Android run well on such a low-end device, presumably in an even lower price and hardware bracket than Android Go phones.