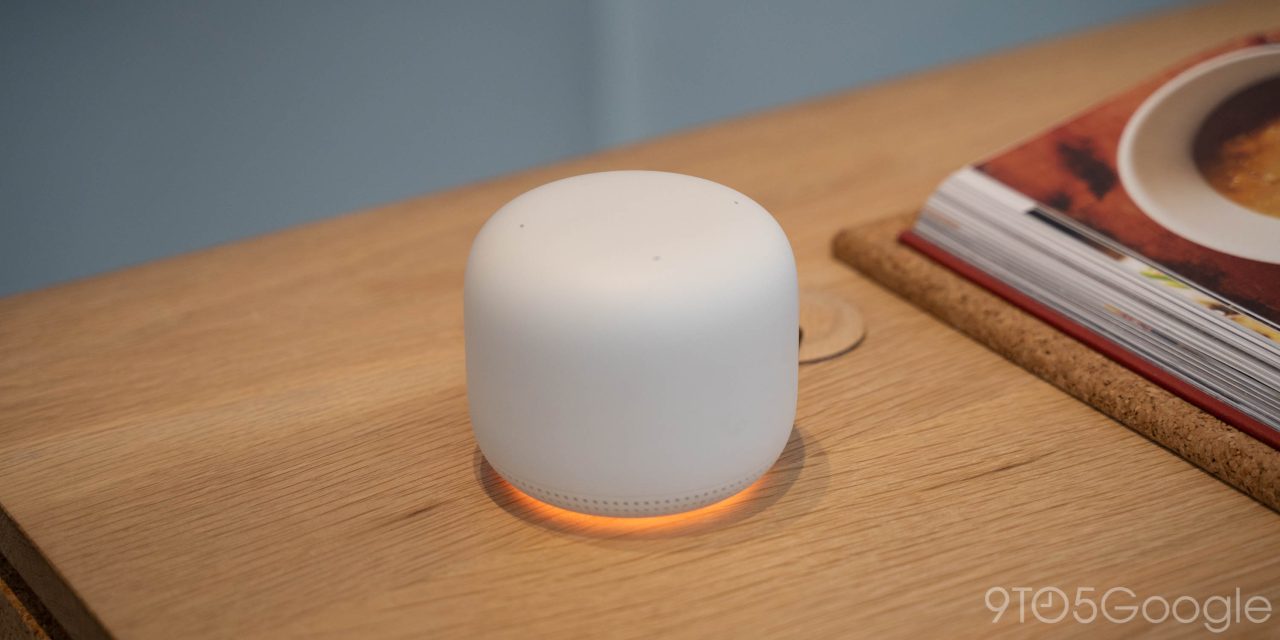 Today’s best deals are headlined by this Google Nest Wifi Router mesh system at a new all-time low of $260 alongside a pair of Samsung and Acer Chromebooks with as much as $100 in savings attached. Hit the jump for all that and more in the latest 9to5Toys Lunch Break.

BuyDig’s official eBay storefront currently offers the Google Nest Wifi Router with two points for $260. Amounting to $89 in savings from the usual $349 going rate, today’s offer is $29 under our previous mention and marking the best price of the year.

Google’s Nest Wifi system provides up to 5,400-square feet of 802.11ac coverage to your space with 2.2Gb/s speeds in tow. And alongside handling all of your home’s Wi-Fi connectivity, the included main router doubles as an Assistant speaker. To complete the package, you’ll also find six Gigabit Ethernet ports on the system. Dive into our hands-on review for a closer look.

Save $100 on Samsung Galaxy Chromebook 2

Amazon is currently offering the Samsung Galaxy Chromebook 2 starting at $449 for the 2.1GHz/4GB/64GB model. Normally fetching $549, you’re looking at $100 in savings alongside the first notable Amazon discount. This also matches the best price to date overall.

Having just launched back in January, Samsung’s new Galaxy Chromebook 2 arrives with a 13.3-inch 4K QLED touchscreen display backed by a folding 2-in-1 design. That’s alongside Wi-Fi 6 support and a backlit keyboard, as well as a microSD card slot and two USB-C ports. Whether you’re looking for something to help you through summer courses or just don’t think your current machine will make it through another semester and want to cash in now, today’s offer is worth a look. You can also get a closer look in our launch coverage.

Amazon is taking up to 32% off a selection of Acer Chromebooks, laptops, monitors, accessories, and more. Headlining is the Acer Chromebook 514 at $320. Typically selling for closer to $400, you’re looking at $80 in savings, with today’s offer marking the best price of the year while coming within $20 of the all-time low set during last year’s Black Friday event.

Acer Chromebook 514 delivers a 14-inch form-factor with a touchscreen display that’s backed by 64GB of storage and 4GB of RAM. There’s also a folding 2-in-1 design to pair with a backlit keyboard and USB-C connectivity to round out the package.

Amazon is now offering the unlocked Nokia 5.4 Android Smartphone for $180 in two styles. Typically fetching $250, you’re looking at 28% in savings and an Amazon all-time low. Today’s offer is also only the second time the price has dropped this low. Centered around a 6.39-inch HD+ screen, Nokia 5.4 launched earlier this year with hole punch camera design on the front that enables facial unlock features. Around back there’s a rear fingerprint scanner alongside a 48MP quad-camera array. Other notable features include a dedicated Google Assistant button, dual SIM card support, and a headphone jack.

Amazon is now offering the Jabra Elite Active 65t True Wireless Earbuds from $55. Also matched at Best Buy as part of its Deals of the Day. Regularly $100, this is a 45% price drop, is $5 under the previous deal mention, and the lowest price we can find. A great lower-cost alternative for folks not interested in AirPods, you’re looking at up to 15-hours of wireless use with the charging case and compatibility with just about all smartphones. As ideal for your workouts as for causal listening sessions, they carry a built-in 4-mic array for taking calls, dust and waterproofing for your workouts, compatibility with Alexa, Siri or Google Assistant, and sound personalization via the Jabra Sound plus app.