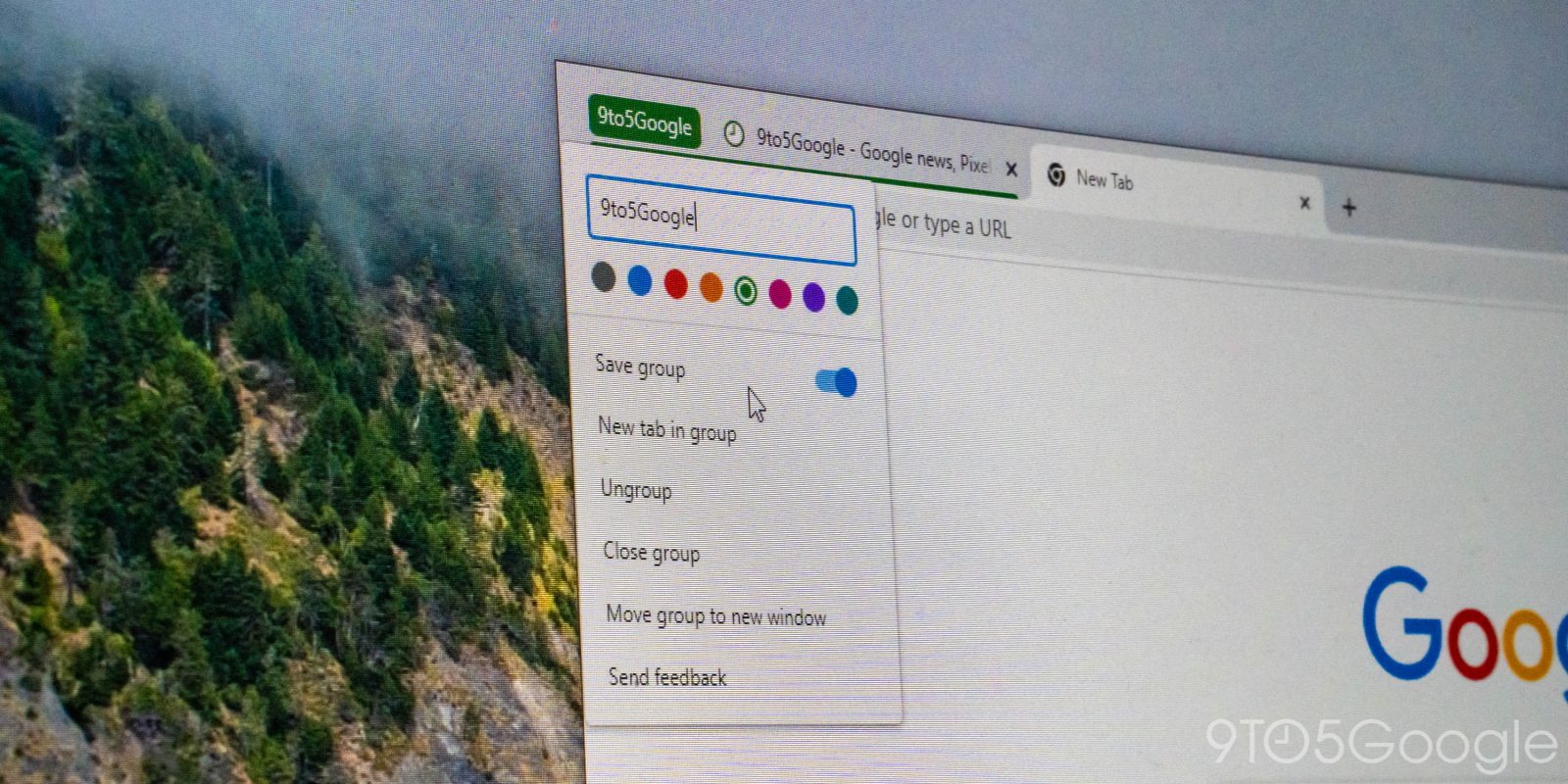 One of the most useful new features added to Chrome in quite some time is Tab Groups, but it can get a bit tedious recreating them on a regular basis. To solve that, Google is working on the ability to save Tab Groups to Chrome for later use.

Tab Groups in Chrome can sort tabs similar to that of a folder, with the ability to color-code, name, and collapse/expand these groups on demand. Once set up, they’re incredibly useful for a busy workday, but they end up disappearing entirely when you shut down for the day.

Soon, Google Chrome will allow users to save Tab Groups using just one quick option. A “Save Group” toggle will be added to each group’s dropdown menu, allowing users to save the group after a reboot. Google explains:

Enable users to explicitly save and recall tab groups

Unfortunately, the groups won’t be saved in their regular state. @Leopeva64 notes that the groups are just saved to the bookmarks bar.

This new feature is visible now in Chrome Canary, as TechDows points out. The feature is still locked behind a flag you’ll need to enable, and in our testing, it doesn’t yet work either. Still, it’s certainly a sign that this functionality isn’t far away. When it does debut in the browser’s stable release, it will work on all desktop versions of Chrome, including Windows, Mac, Linux, and Chrome OS.

Updated to clarify how the feature works.