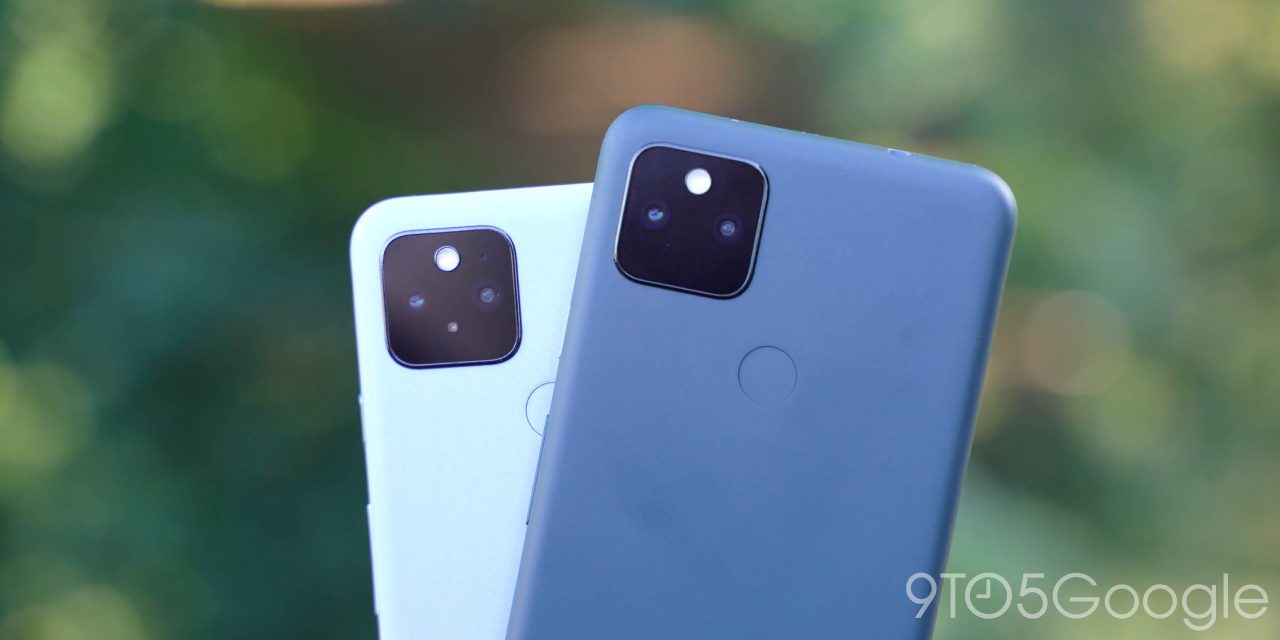 How do you choose between the Pixel 5a with 5G and the Pixel 5? Well, with the latter discontinued, the decision has sort of been made for you. Even so, we’re here to examine the nuances, differences, and whether the more affordable option might actually be a better buy.

In many ways, the Pixel 5a with 5G is the Pixel 5 XL that never happened. What’s more impressive is the lack of cost-cutting that was more prominent on the Pixel 4a 5G last year. If you’re coming from an older device, these are the two newest Pixel devices that might have popped up in your searches. One is technically the flagship — at least until the Pixel 6 series launches — while the other is the affordable version of said flagship.

Almost like last year, some of you on the fence might be wondering if the extra $250 is worth it between the Pixel 5a with 5G and Pixel 5 — in the US at least. Limited availability means that those of us outside the US and Japan simply don’t have to decide between the two. If you’re outside the US or Japan then just look at the Pixel 4a 5G or Pixel 5 instead or use our previous guide to help make that decision. Expectations and situation out of way, let’s lay all of the available information out and determine which is a better buy for you:

Video — Google Pixel 5a with 5G vs. Pixel 5: Is this really a downgrade?

It’s a case of omissions — and size — where the bulk of differences will be found between the Google Pixel 5a with 5G and Pixel 5. You’ll need to work out just what you want and need in a smartphone to decide between these very similar pieces of tech.

The “core” differences between the Pixel 5a with 5G and Pixel 5a with 5G are down to the external hardware. While the Pixel 5 includes some internal hardware bumps, it is made from more “premium” materials and does feel ever so slightly more expensive in the palm. TThe newer device is also quite a bit larger at 6.34-inches vs. 6-inches, making it better for people wanting a bigger screen, but it is worth noting that it is capped at 60Hz vs. 90Hz on the Pixel 5. Luckily the resolution is practically the same.

Because the “main” internals are the exact same, the Pixel 5 should perform marginally better over time due to the increased RAM. This is practically unnoticeable in day-to-day usage, and the chipset and storage speeds remain the same across the board. One bonus in favor of the Pixel 5 is undoubtedly the 90Hz panel, which does add a veneer of smoother performance, but this is simply due to extra frames rather than any perceived or added under-the-hood grunt.

The external materials definitely actually favor the Pixel 5a with 5G, because the unibody construction is practically identical to the more “premium” Pixel 5. While the IP rating is better on the Pixel 5, both handsets can withstand a dip in water, making the newer, cheaper model a good alternative for those wanting a larger Pixel.

Somewhat unfortunately, both handsets utilize the same haptic motor, which is a marginal step down from the Pixel 4 and 4 XL from late 2019. The haptic feedback is still good but are not quite the best on Android at this stage of 2021. Although in much the same way the Pixel 4a 5G has better audio thanks to a proper earpiece speaker and downward-firing tweeter, the Pixel 5a with 5G audio experience is far better than that Pixel 5 and the flagship handsets combination of under-display speaker and downward-firing tweeter.

The software on the Pixel 5a with 5G and the Pixel 5 is — like most Made by Google devices — identical. Unlike previous hardware, there are no removals from the 5a with 5G that do not require extra hardware. You will effectively have the exact same experience no matter which device you choose.

Wireless charging is not included on the Pixel 5a even though recent teardowns show a similar chassis construction to the Pixel 5 — which is needed to charge wirelessly.

Although released almost a year later, the newer device is still running the same version of Android 11 out of the box. Both will be eligible for the upcoming stable Android 12 release, although you can enroll in the Beta with the Pixel 5 but not the 5a.

As such, both devices will be eligible for OS upgrades up to and including Android 14. Beyond this release, you’ll get monthly security patches until the end-of-life phase. Your core daily experience is practically identical on both the 5a with 5G and the 5 thanks to the same Snapdragon 765G at the heart of both handsets.

This is where things get interesting as the Pixel 5a comes with a substantially larger internal cell than the flagship Pixel 5. It’s at most 680mAh larger — due to a weird quirk on the Pixel 5. While the lifespan on 2020s flagship Pixel is fairly solid, the Pixel 5a with 5G is a battery beast thanks to the uplift in size.

Because the newer model includes a 60Hz display, which undoubtedly helps the lifespan. By tuning down the 90Hz display on the Pixel 5 to 60Hz, you can just eke out multiple days but for sheer longevity, the Pixel 5a with 5G is the best Made by Google phone to date.

You’ll notice the only core difference is the extra charging methods you’re afforded with Pixel 5. If you simply must have wireless charging, then this is the device for you. Neither phone can be charged at faster than 18W speeds USB-C.

The cameras on the Pixel 5a with 5G and Pixel 5 are practically identical — from front to back. This even includes all of the software tweaks and camera modes. This will undoubtedly take the stress out of choosing between the two devices when you know that no focal length or feature is left behind. However, there are some noted issues about camera overheating on the newer model that are yet to be addressed. If you want to record video at 4K resolution, you might want to hold out a little longer to see if a software update can revolve this.

Neither device comes with any AR Playground camera features, so if you like adding 3D characters and objects to your photos in real-time, then you might want to look elsewhere. It’s also important to note that the spectral and flicker sensors are not present on the 5a. These sensors help improve shooting when there is a pulsing light source such as under fluorescent or LED lighting.

Like the Pixel 4a 5G last year, it’s a net win for the Pixel 5a with 5G because the core internals, camera hardware, and software additions are identical on each device, and the end results from each camera are indistinguishable from one another.

The Pixel 5a with 5G and the Pixel 5 are so similar that it can make the buying decision a little tougher than it probably ought to be. With the Pixel 5 discontinued from official channels, it is getting harder to pick up as a result. There’s also the looming launch of the Pixel 6 and 6 Pro to contend with. Pricing will undoubtedly be much higher than either Pixel compared here.

If you wanted an XL version of the Pixel 5 and can deal with a lack of 90Hz display and wireless charging, then you’ll be very happy. By pricing at $449, Google made this is a great package for those in the US — a region where high-quality affordable Android phones are not quite as plentiful as the rest of the globe.

We’d also suggest holding out a little longer to see what the Pixel 6 and 6 Pro bring to the table if you are eyeing a Made by Google smartphone. The upcoming duo will likely provide a major step up over all prior Pixel devices but with an expected price bump.

Where can I get the best deal on the Pixel 5a with 5G or Pixel 5?

Are you insistent on getting the Pixel 5? If so, the Pixel 5 is still currently available from a few retailers but may only be available refurbished from many including Best Buy, Google, and Amazon have limited stock available in Just Black and Sorta Sage colorways.

If you want the Pixel 5a with 5G, then you can grab it for just $449 directly from the Google Store.