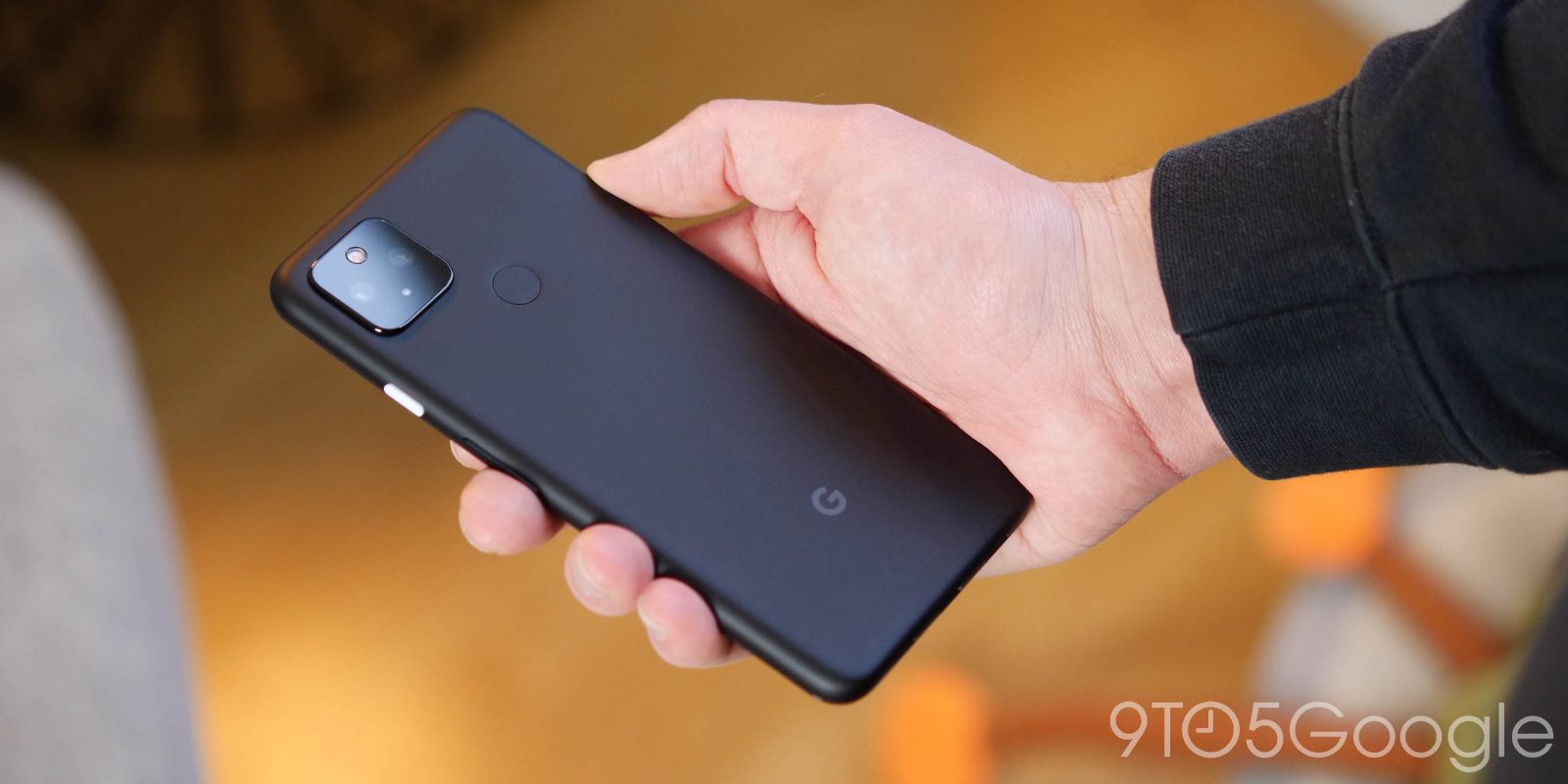 The most confusing of Made by Google series launches effectively concluded in 2020 with the public-facing release of the Pixel 4a 5G — from the outset, a particularly tricky handset to review.

There are three distinct devices to choose from this year, with the Pixel 4a 5G slap bang in the middle. From afar, it feels like the Pixel 4a 5G could easily become the forgotten Made by Google device for 2020. I’m here to tell you that is probably the wrong assumption.

Get the Pixel 4a 5G in your hands and, like almost every Pixel device thus far, it’s more than just about omissions and inclusions on this smartphone. This is a great way to save a little cash and get a ton of features usually reserved for “flagship” smartphones with a little bit of network futureproofing sprinkled on top.

A distinct hybrid of the Pixel 4a and Pixel 5 designs, the 4a 5G really is an excellent mixture of both. While the Pixel 4a feels light and slightly hollow, the Pixel 4a 5G is undoubtedly more sturdy and solid. Despite being made of plastic and with a mainly plastic shell, you could be forgiven for thinking that it was made from more “premium” materials.

I said in my review of the Pixel 5 that the rear panel feels really unique, I’d say sometimes “tacky”, and because of that, I feel the 4a 5G actually feels much better in the hand sans case. Like all Pixels, the 4a 5G has a great “hand feel” without really feeling cumbersome. Phones this size are usually heavy, and the Pixel 4a 5G doesn’t feel like a slab in the same way.

The internals are confusing but the external design is nice and consistent with the Pixel 4a. It’s only the release cycle that is weird. If the Pixel 4a, 4a 5G, and 5 all dropped at the same time, I think it would be much less tricky to decide between the three models.

One of the few downsides of the hardware package on the Pixel 4a 5G is the lack of color options. You can have any color you want so long as it’s Just Black. Disappointingly Google hasn’t added that typical “Google flair” with the 4a or 4a 5G though, as the plain power button feels like a big opportunity missed.

In hardware terms, the Pixel 4a 5G feels really sensible. The design, the internals, and the solo 128GB storage option. Google has played it safe to make sure that complaints are kept to a minimum. We’ve been critical of certain areas of the Pixel series – such as the battery longevity – in the past but really, the “a” series has been the best of the bunch so far because you expect some acceptable trade-offs going in.

The only concern I have over the display on the Pixel 4a 5G is the usage of Gorilla Glass 3 rather than a newer, harder alternative. Yes, there are some slightly thicker bezels around all sizes than the Pixel 5. Does this affect the experience too much? Well, no. The only disappointment is that they are not uniform on all sides.

Because there is no “XL” Pixel this year, the Pixel 4a 5G fills in that gap quite nicely. Not having a Pixel 5 XL is a disappointment but you’re not really losing a great deal if you do choose to go with the 4a 5G’s larger display.

At 6.2-inches the FHD+ OLED panel is really solid. Switching from 90 to 60Hz is not too hard to deal with, especially given how accurate the colors are on this panel. It would have been nice if it had a little bump in the maximum brightness, but there are no problems with the maximum brightness of the Pixel 4a 5G display.

The Pixel 4a 5G comes with Android 11 out of the box, which is the exact same flavor you’ll find on the more expensive Pixel 5. Having modest internals means that Google’s reasonably tweak-free Android build is perfectly suited here.

Everything you have come to know and love is here with some notable new inclusions like Hold for Me, the enhanced Extreme Battery Saver mode. That’s the tip of the iceberg as everything added as part of the Android 11 update is present and correct, with no missing additions.

I’m unable to see any discernable difference between the Pixel 4a 5G and Pixel 5 in daily performance. I can only imagine the 6GB of RAM means fewer applications can be held in stasis but running multiple apps proved no problem. As I mentioned, it’s hard to see any difference that the extra 2GB of RAM makes on the Pixel 5. Yes, the 90Hz panel does feel a little more responsive. However, I’d put this down to the animation improvements as the hardware is identical — including the UFS 2.1 storage.

Android 11 runs very well. Really to delve in further would just end up being a retread or recap of our full Pixel 5 review here with the Pixel 4a 5G — this is the exact same flavor after all. For general usage, this smartphone should prove more than adequate.

I’m glad that Google has taken on board the battery criticism of devices in recent years, as this is arguably where the biggest and most important gains have been made here in late 2020. Put it this way, the battery on the Pixel 4a 5G is very good. I’ve killed it a couple of times on busier days — when I’m constantly scrolling social media and watching YouTube/Netflix videos.

On average I’ll personally see six or so hours of screen on time with the brightness at around 60%. Most of the time, I’m ending the day with around 20 to 30% battery remaining. I’d consider myself to be a moderate-to-heavy smartphone user, so I think with light usage and by toggling the enhanced battery saver modes you might be able to push that to 2 days pretty easily.

The camera setup on the Pixel 4a 5G is the very same found and utilized by the Pixel 5, so it doesn’t really make sense to go in-depth in this review when we have already delved deeper already. If you want to see just what the Pixel 4a 5G is capable of, then be sure to read or watch our full Pixel 5 review.

So just to summarize, the Pixel 4a 5G comes with a 12-megapixel ultra-wide-angle lens and a main wide lens at the rear, with an 8-megapixel selfie camera at the front. It’s the very same Sony IMX 363 and Sony IMX 355 camera sensors that Google has relied on for a number of years now. It’s only the processing of your images that have really changed on the Pixel 4a 5G and Pixel 5.

While you’ll get signature contrasty and sharp images from the Pixel 4a 5G. It’s in video where the most gains have been made this year. If you care about recording video on your smartphone, then the jump is pretty notable. The added handheld recording modes are very useful if you want to experiment with your smartphone videography too.

I think this needed a little section all of its own, as the Pixel 4a 5G has the best audio of the late-2020 Pixel lineup. It’s still far too easy to cover the bottom downward-firing speaker but this isn’t too much of an issue when the earpiece blasts out clear audio.

Plus, you’ve got the ability to plug into a stereo system with the 3.5mm headphone port. Not needing a dongle is nice. For some, I’m sure that sacrificing some of the other Pixel 5 features is also worth it for superior audio options out of the box.

There’s some 5G connectivity included on the Pixel 4a 5G that isn’t present on the smaller 4a. If you live in an area where superfast connectivity is available then you’ll have no problems connecting. However, it might be a little while before you start to really see the benefits.

A little taste of everything

Without spending time with it, it’s hard to see who this smartphone is for unless people are actively hunting for cheaper 5G-enabled Android devices. But it also is yet another great Pixel device that makes the right compromises for the sake of affordability.

The Pixel 4a 5G is probably a better buy for most people and the only thing I have actively missed from the Pixel 5 is the ability to charge wirelessly. My real need to have access to a 90Hz refresh rate has waned over time, as I find this to be one of those “nice to have” inclusions on most modern devices but never an “essential”.

In essence, the Pixel 4a 5G may have been a hard device in many ways to review but it proves to be a very easy Pixel to recommend. With that suggested $500 MSRP, it has one of the best cameras on the market, a lovely larger display, great audio, and all the rest of that Pixel magic without the associated price tag. Really, there isn’t much to complain about here. If you want a 2020 Google phone, this might actually be the best of the bunch. Plus as the only “big” option this year, the decision might effectively have been made for you.

Where can I get the best deal on the Pixel 4a 5G?

So you’ve read this review and are still thinking of picking up the Pixel 4a 5G and want to get the device at the best possible price. Well, you might just be able to grab some of the late Black Friday deals that are hanging around.

You can grab it for just $299 directly from the Google Store when taking out a new Google Fi line, Amazon, Best Buy with $50 discount after activation, Verizon, B&HPhoto, AT&T and more at various Black Friday week discounts.