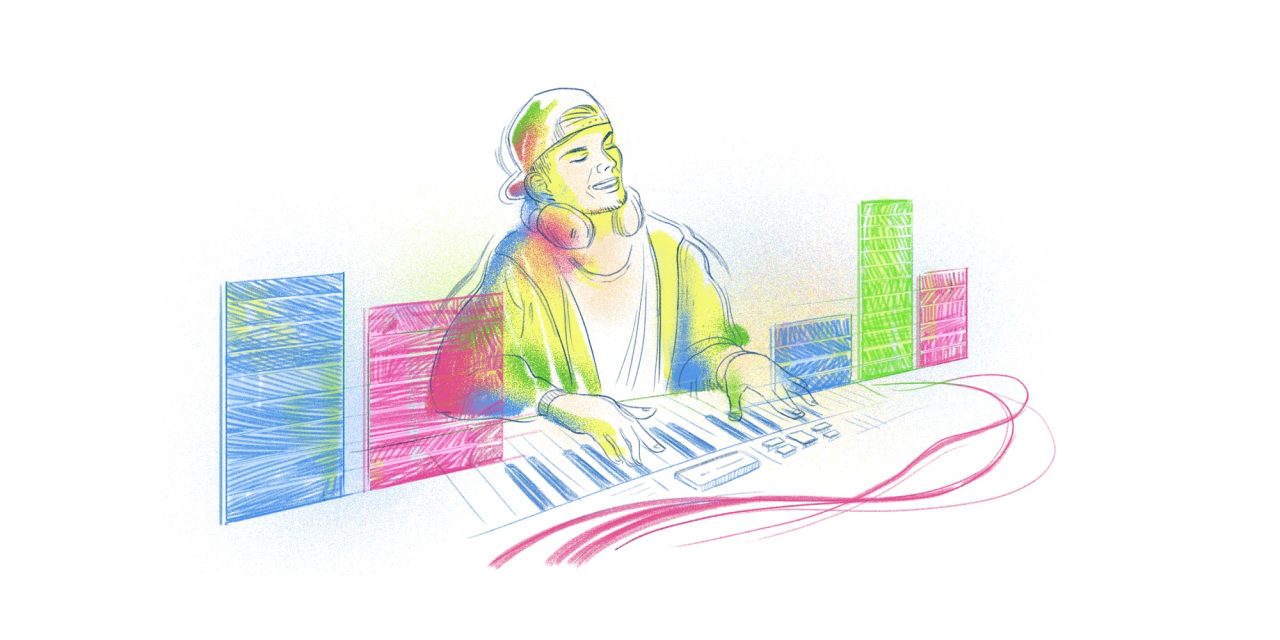 The latest “Doodle” to grace the Google.com homepage is dedicated to Tim Bergling, the Swedish musician better known as Avicii, for what would’ve been his 32nd birthday.

Tim Bergling was born on September 8, 1989, in Stockholm, Sweden, and by the age of 8 he was mixing tracks in his room. Not long after producing some of his first tracks at 16, he was signed to his first record label, Dejfitts Plays. After a brief period of producing under the name “Tim/Berg,” he settled on the name “Avicii,” which Bergling himself once explained as “the lowest level of Buddhist hell.”

Bergling’s career steadily grew over the years until 2011 when he released the song “Levels,” which skyrocketed his music — and soon electronic music as a genre — into the mainstream. This rapid success even extended into the United States, with Avicii being the first DJ to headline the Radio City Music Hall in New York City, in 2012.

In 2013, Tim Bergling released his first full-length album, True, which saw his style evolve from his previous “deep house” sound to incorporate elements of other genres like bluegrass, country, and more. The album’s lead single “Wake Me Up” — which provides the soundtrack for the Google Doodle video — spent a record-setting 14 weeks as the number one track on Billboard‘s list of top Dance/Electronic Songs.

In 2016, a year after the release of his second album, Tim Bergling announced that he would be retiring from touring due to physical and mental health concerns and because he wanted to have more time for “the life of a real person behind the artist.” During his retirement, the film Avicii: True Stories was released, a deeply personal documentary that captured the “real person” of Tim Bergling particularly in the lead-up to his final performance.

On April 20, 2018, at age 28, Tim Bergling committed suicide after years of struggling with mental health issues. To honor his memory, Tim’s parents, Klas Bergling and Anki Lidén, formed the Tim Bergling Foundation with the initial focuses of suicide prevention and mental health awareness. The proceeds from Bergling’s posthumous album, Tim, were all given to the foundation.

For what would have been his 32nd birthday, Google has created a wonderful music video tribute to Tim Bergling, set to “Wake Me Up.” In the colorful video, illustrations cut between lyrically relevant artwork and scenes from Bergling’s life & career.

Update 9/8: Right on schedule, the Doodle for Tim Bergling is live on the Google homepage. Additionally, for those who own a Pixel phone, there’s a cute animation in the search bar that surrounds the Google “G” with colors and musical notes.

Coincidentally, the Doodle falls during National Suicide Prevention Week, “a time to share resources and stories, as well as promote suicide prevention awareness.” On the official Google Blog, the company has shared an interview with Tim’s father, Klas Bergling, where he shares some memories of Tim’s childhood, as well as advice for anyone who has a friend or family member struggling with mental illness.

It’s not always easy, not least due to the stigma around these topics; it can be hard to talk about. But that’s what we need to do — talk about it. Simple things like asking questions can go a long way in helping someone heal. And if you see someone moving in the wrong direction, you should encourage or help them seek support.