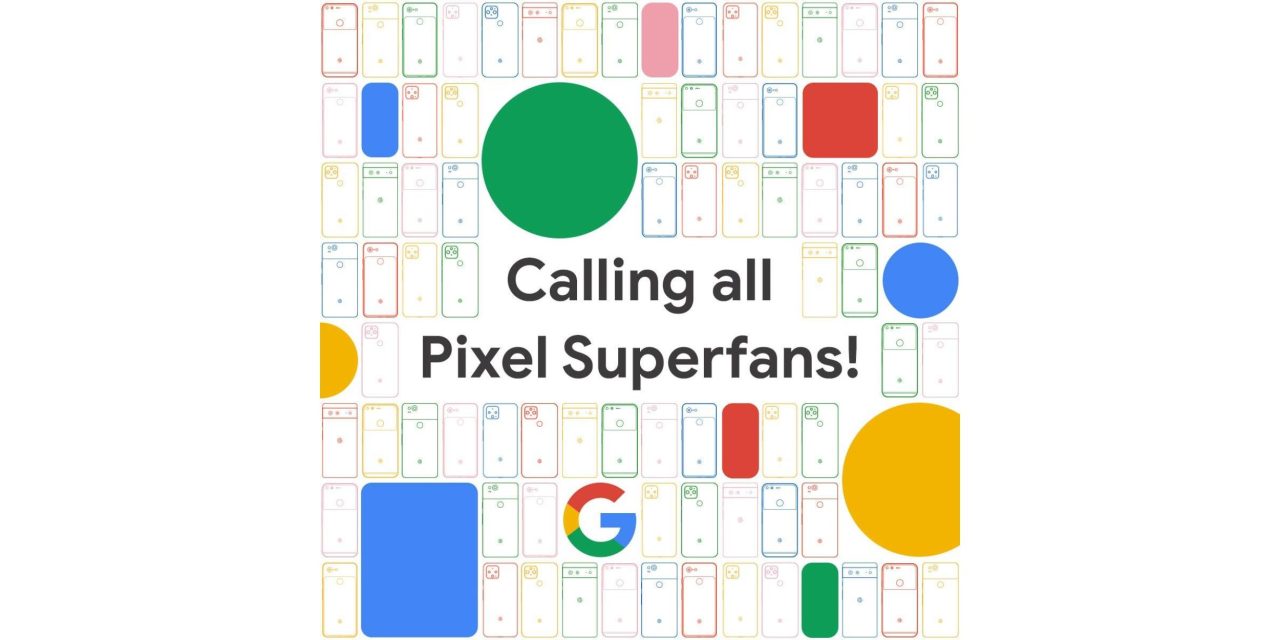 At the end of July, Google sent out a new round of invites to join the “Pixel Superfans” community and did so again late last month. The membership is now dropping out of the blue invites for a simple sign-up form to get considered for Pixel Superfans.

Ahead of the Pixel 6 and 6 Pro, Google is “opening it up even more this fall with more available spots!” It provides “insider access” and a “VIP experience”:

What do you get when you become a Superfan? You’ll gain access to a Superfans-only Facebook Group and other possible perks like private Q&As and events, opportunities to share ideas with the Google team, limited-edition swag, and more to be announced within the coming months…

We were inspired to create the Pixel Superfans community because we know many of you love Pixel as much as we do, and we wanted to create a space where we could get to know each other. It’s been a blast getting to know everyone so far, and we hope you’ll join this growing community.

Instead of Google — seemingly — sending out arbitrary invites to Pixel owners via the Google Store mailing list, there is now a Superfans sign-up form that you can fill out. It simply asks for your first/last name and email address. The company is presumably then looking at its records to see what Pixel devices you own.

Note: this Pixel Superfans program is for US residents only at the moment, and individuals 18+ years old. For more information on if you’re eligible, head here: https://pixel-take-the-survey.appspot.com/survey/questions/

A FAQ is available here, with the program still limited to the US. One recent event involved a Q&A with the Pixel 5a product team after the midrange phone was officially announced.