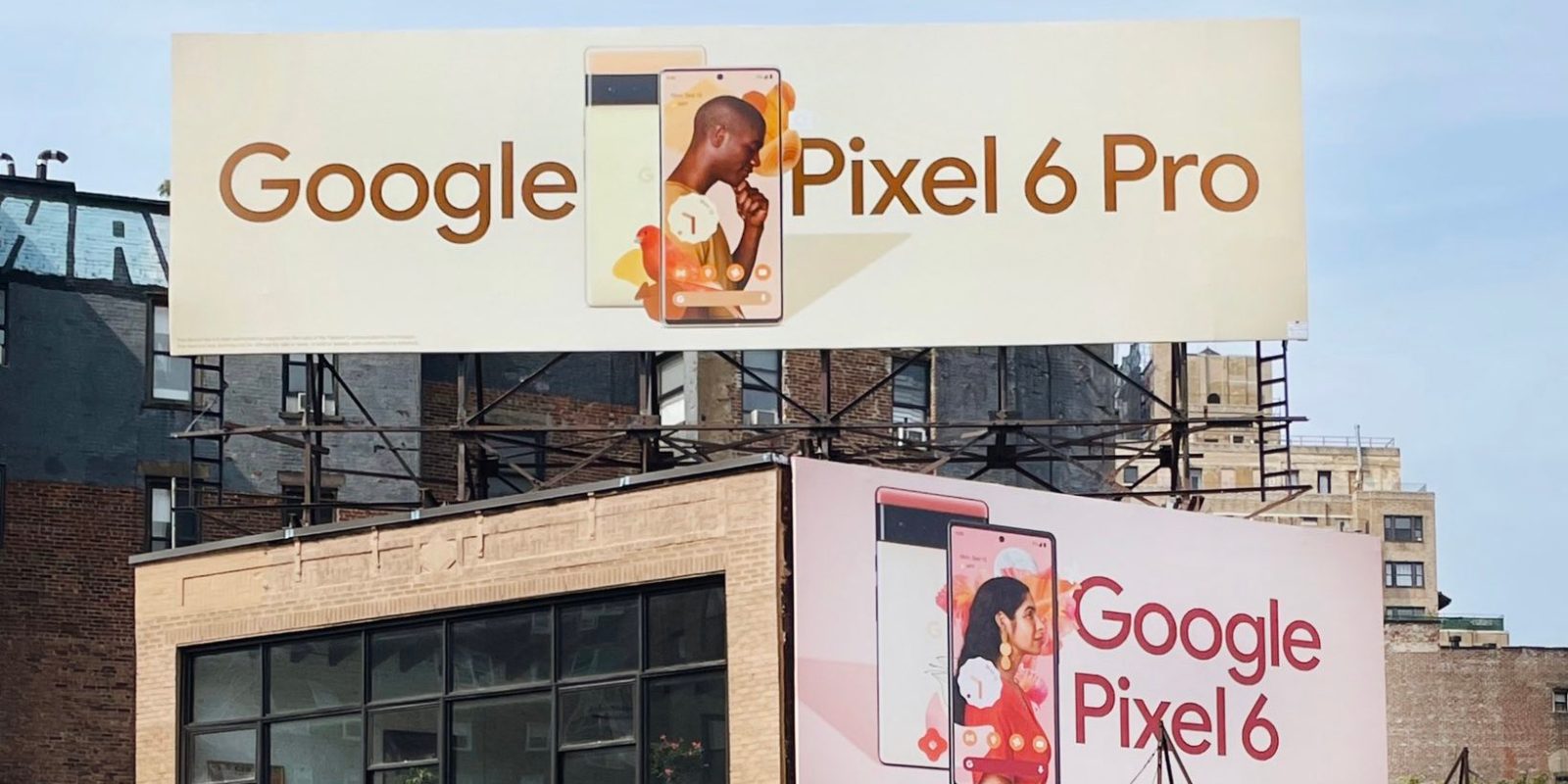 Google last week kicked off marketing for its next phone with a 30-second online clip that has since aired on television. Country-specific marketing campaigns are now underway, with the Pixel 6 getting billboards across the US.

The canvasses include the distinctive rear (and camera bar), while the screen shows a realistic Android 12 homescreen. This includes the new At a Glance — which should be renamed to “Live Space” —  design in the top-left corner. The day (shortened) and date appear in the first line, while the weather condition and temperature follows underneath. This space was left blank in previous ads.

We also see the Material You clock, themed icons, and search bar. A person wearing distinctive hues is in profile and influencing the Dynamic Color theme. “Google Pixel 6” is next to it with the background and font color matching. The company, like at Google Store Chelsea, is highlighting the pink/orange/red variant of the smaller phone.

Meanwhile, the gold Pixel 6 Pro — which amusingly has the wider billboard in this NYC example — is used. It has been Google’s go-to variant across several ads, though the billboard design doesn’t really make obvious that the Pro has a larger screen from a cursory glance. It’s interesting that Google is intentionally raising awareness of the Pro rather than just advertising the “Pixel 6” line jointly.

According to photographer David Urbanke, these billboards can be found in New York, Los Angeles, and San Francisco. One in the latter city occupies a large freeway location.