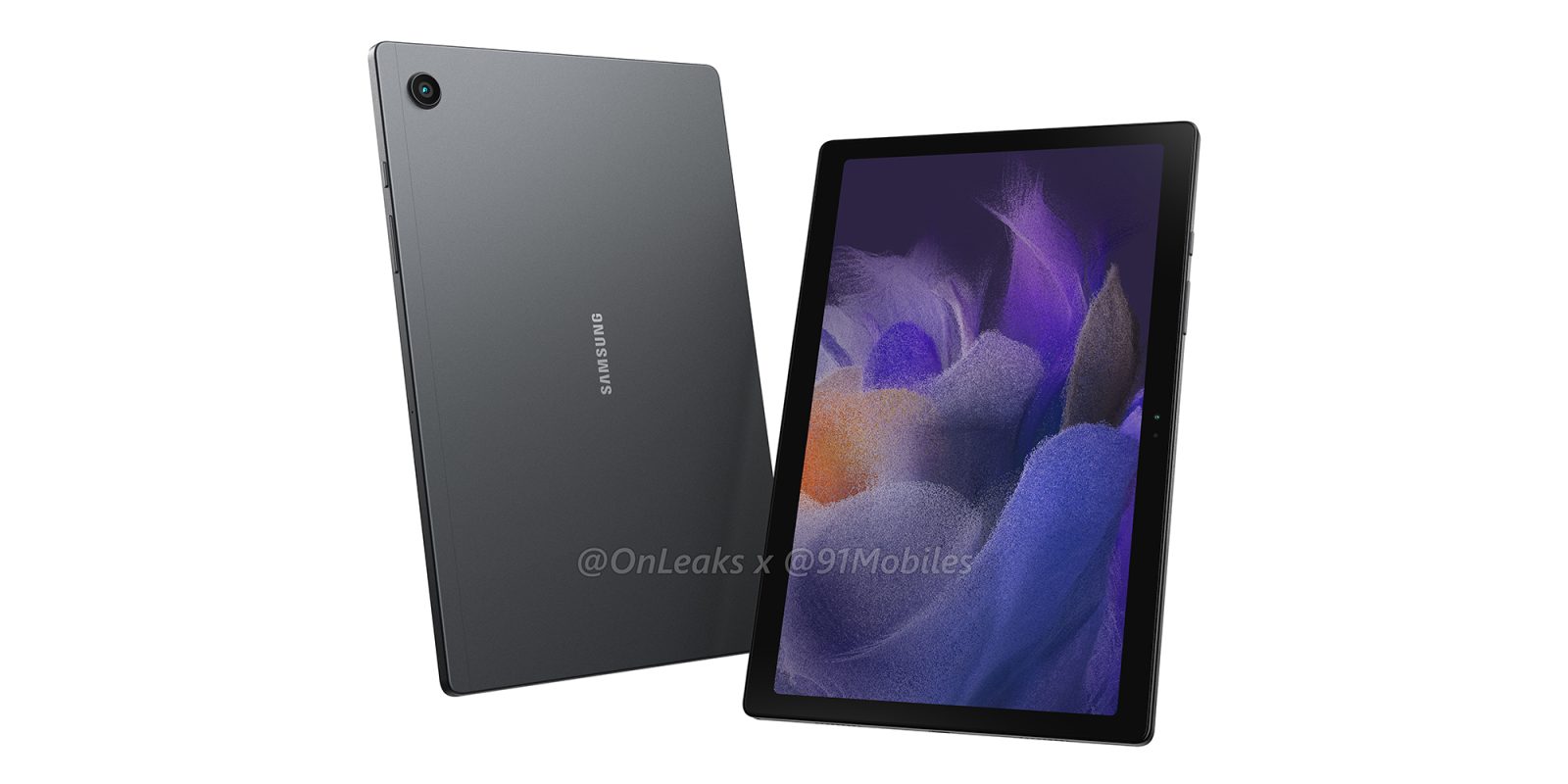 Renders of an affordably focused Samsung Galaxy Tab A8 have given us a glimpse at the Android tablet for the very first time.

[Update 09/28]: Although the renders give a good indication of just what the Galaxy Tab A8 will look like, we have now been bestowed with proposed specifications for the device courtesy of @OnLeaks in collaboration again with 91Mobiles.

Samsung looks set to use a 10.5-inch (rather than 10.4-inch previously reported) TFT display rated at FHD+. The display is set to be backed by a quad-speaker array with two vents at the top and bottom of the chassis with Dolby Atmos audio support also included.

This new information also suggests that the Galaxy Tab A8 will use a Unisoc T618 CPU, which is a budget octa-core chipset more commonly found in lesser-known Chinese Android tablets and smartphones. While that doesn’t fill us with confidence, the device will also include 3 or 4GB of RAM and access to 32, 64, or 128GB storage configurations.

Biometric security will be provided via a power button placed capacitive fingerprint scanner toward the top of the right bezel above the volume rocker. Despite the slim frame, there’s a substantial 7,040mAh battery packed inside. Finally, the rear camera is said to be rated at 8 megapixels, while the selfie camera tops out at 5 megapixels.

According to @OnLeaks, the Galaxy Tab A8 will be available in gold, silver, and gray colors when it does eventually launch — whenever that occurs.

Shared by the notorious @OnLeaks aka Steve Hemmerstoffer via 91Mobiles, the tablet shares much of the same DNA as the more “premium” Galaxy Tab S7, but with a few notable cutbacks considering this is a mid-range Android tablet.

You’ll instantly notice that the bezels are chunky on all sides with a landscape-oriented front-facing selfie camera found within the “top” bezel when held in this orientation. At 10.4 inches the Galaxy Tab A8 is said to come with a FHD+ display although no information was shared on the exact resolution.

The rest of the Galaxy Tab A8 chassis showcased in these high-resolution renders skirts a fine line between familiar and knock-off of previous Samsung tablets. A boxy design is being adhered to yet again, with dimensions of 246.7 x 161.8 x 6.9mm — 8.7mm for the camera bump. There are quad speakers with grilles at along the top and bottom edge of the frame along with a solitary USB-C port for charging and added connections. Those speakers are said to include Dolby Atmos audio support.

A 3.5mm headphone port is also found along the bottom edge, allowing for wired audio connections to the Galaxy Tab A8. One other notable is the usage of a solo rear camera, which is in an upper-left position and lacks an LED flash. Biometric unlocks are provided via an integrated power button capacitive fingerprint scanner.

While these renders give a solid indication of what the Galaxy Tab A8 will look like, no other specifications were shared, but we do believe that this will be a mid-range device that will supersede last year’s Tab A7.