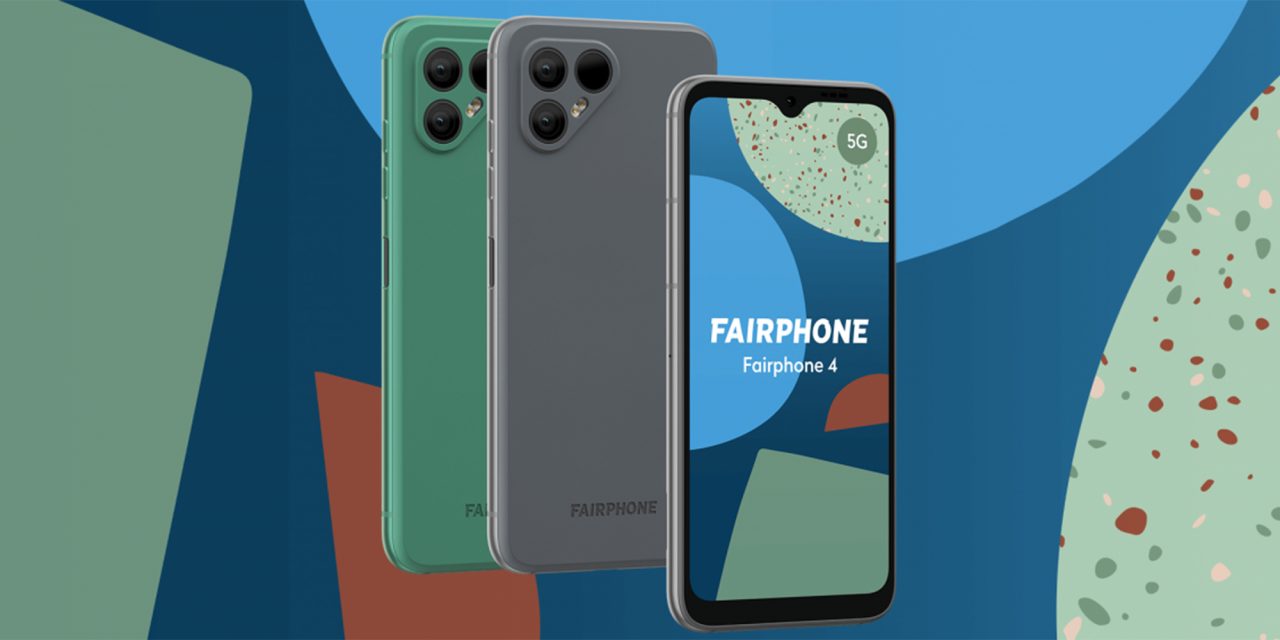 After leaking earlier in the month, the sustainability-focused Fairphone 4 has now been officially unveiled with some notable upgrades over the previous iteration.

The idea of holding on to your smartphone for up to 4 or 5 years is something that smartphone OEMs would rather consumers not think about too hard. However, the makers of the Fairphone 4 would rather you “make do and mend” than go out and upgrade. That even includes an update promise that puts many other OEMs to shame.

Like its predecessor, the Fairphone 4 comes with a modular design but now with even more powerful internal hardware plus a lick of paint that makes it a really attractive proposition for those wanting a more sustainable smartphone.

Measuring 6.3-inches, the Fairphone 4 uses the Qualcomm Snapdragon 750G processor, 6 or 8GB of RAM and 128/256GB of internal storage that can even be expanded via microSD card. The removable battery has a 3,905mAh capacity and can be charged at speeds up to 20W. NFC is also included for wireless payments, while security is provided via a side-mounted fingerprint scanner.

Fairphone has shrunk the bezels on the device but the FHD+ screen is still LCD rather than AMOLED and is clocked at 60Hz. One slight sore point is the removal of the 3.5mm headphone jack, but this means that an IP54 rating is present for protection against splashes and minor water ingress. It manages this even with its removable backplate!

The rear camera is another area where big strides and upgrades have been made on the Fairphone 4. A 48-megapixel main sensor is paired with a 48-megapixel ultra-wide while a 25-megapixel selfie camera is found in the dewdrop notch on the display. Fairphone says that the main rear camera also includes OIS for smooth video recording at up to 4K in 30fps.

In terms of software, the Fairphone 4 will ship with Android 11 but has been promised Android 12 and Android 13 with an extended software support promise up to and including 2025. This could mean that Fairphone’s flagship smartphone for 2021 will be supported all the way up to Android 15 – something many phones sold today will never see officially. However, this is not guaranteed.