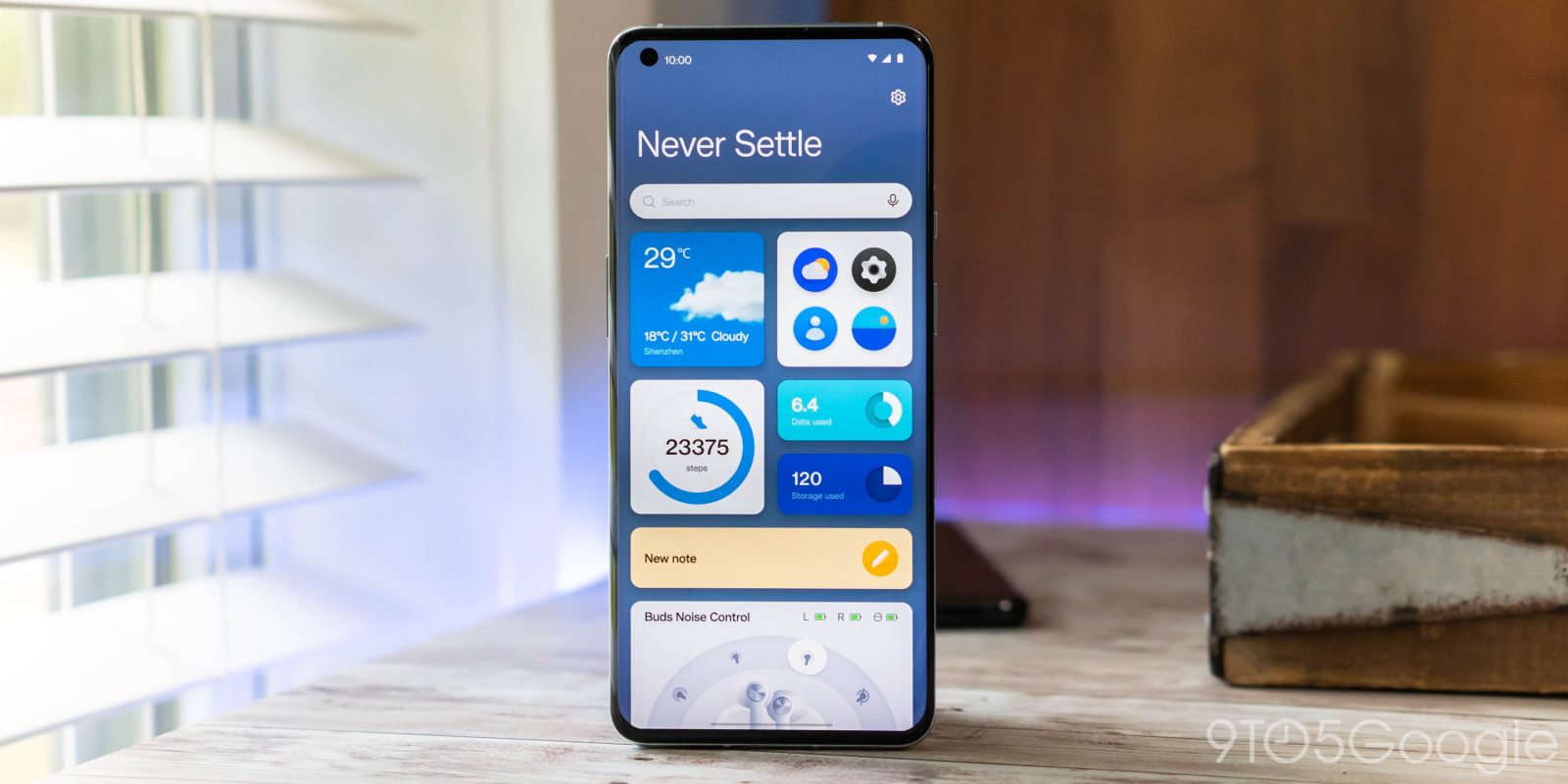 Google just released Android 12 to AOSP earlier today, and OnePlus is already jumping on the train. Starting today, OxygenOS 12 is available in Open Beta to the OnePlus 9 and 9 Pro.

OnePlus’ Android 12 upgrade is arriving quickly after Pixel phones, though the release is only in beta for the time being. Today’s release will see the phone available as an optional upgrade to anyone willing to test out the software ahead of its formal release.

When will the update arrive for everyone? OnePlus hasn’t provided a firm timeline, but past years would suggest that, if all goes well, we’ll probably see the update arrive no later than the end of the year, likely as soon as sometime in November.

OxygenOS 12 with Android 12 won’t deliver Material You to OnePlus smartphones, but it will deliver some fairly big design changes as well as the changes Google has made to Android.

On the design front, OnePlus says that it pulled inspiration from the “Light and Space” artwork of James Turrell. These changes are most obvious in the Zen Mode and Private Safe apps.

OnePlus is also introducing “Neumorphism” homescreen icons to its stock apps in OxygenOS 12 as well as expanding the “Shelf” feature on the left-most homescreen. The updated “Shelf” allows for more user customization and background images, and also introduces support for showing stats from the OnePlus Watch. OnePlus “Scout” is also now a part of the Shelf globally following its debut in India.

Beyond those design tweaks, OnePlus is also expanding dark mode on OxygenOS 12 with support for three different modes. Starting with this update, OnePlus smartphone owners will be able to choose between “Gentle,” “Medium,” and “Enhanced” dark mode options. These three options go from lighter tones to darker tones to fit a user’s preferences, though it’s unclear if this option works system-wide.

Updated apps in OxygenOS 12 will include, firstly, Work-Life Balance 2.0. This updated feature will now be available in all regions and support switching between “Life Mode” and “Work Mode” based on the time of day, Wi-Fi network, or location. Depending on the mode, some apps can be disabled or muted.

The other new app in OxygenOS 12 is “Note.” This simple note-taking app supports both text and handwriting/drawing,

OxygenOS 12 will further bring an update to OnePlus’ Games Toolbox. The 2.0 update will bring select features including the floating FPS window, game filters, frame rate settings, and other tweaks from the OnePlus Nord 2 to all other OnePlus smartphones. This also includes a new Voice Modulator that works in games such as Fortnite and PUBG.

Finally, OnePlus’ Canvas AOD feature will be updated with more refinements to the final image, adding image scaling, and the ability to erase erroneous lines.