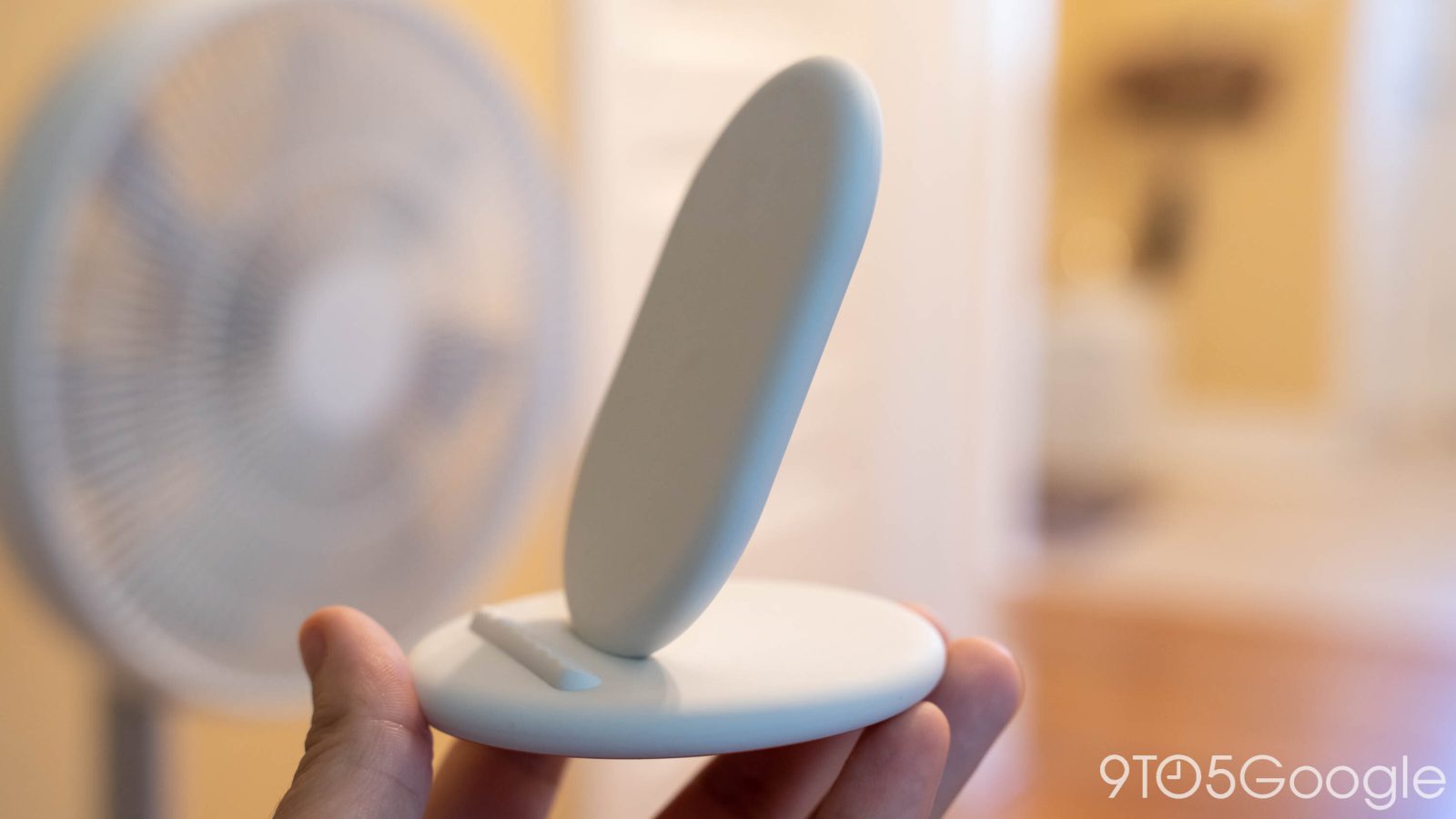 From the leaks we’ve seen so far, the Pixel 6 series will look unlike any Pixel phone before it. To match the premium Pixel 6, Google appears to be readying a second-generation Pixel Stand, equipped with fans, which hints at faster charging speeds.

In 2018, Google debuted the Pixel Stand, a 10W wireless charger, which was, at launch, the only Qi charger to support 10W charging on the Pixel 3 and 3 XL. Beyond that, Pixel Stand holds your device at a comfortable angle for desk viewing, allowing it to serve as a digital frame for Google Photos and even as a pseudo-Smart Display with voice access to the Google Assistant.

In the years since then, Google has steadily updated the Pixel Stand’s capabilities when used with Pixel phones. As the sunrise alarm — which wakes you up by gradually brightening your screen in the morning — became a broader Google Clock feature, the Pixel Stand gained handy access to Android 11’s “Device Controls” menu to easily manage your smart home.

Digging into code from Android 12 Beta 2, our Dylan Roussel discovered that work has begun on a new Made by Google wireless charger. Given the timing, we believe this Pixel Stand successor may be intended to be sold alongside the upcoming Pixel 6.

The most critical new feature we’ve discovered is the inclusion of cooling fans to better dissipate heat from both the phone and the charger itself. The original Pixel Stand is able to put out 10W wireless charging without any concerns of overheating. This may imply that the second-generation Pixel Stand will be capable of faster charging. An example of another wireless charger that uses fans would be the Warp charger from OnePlus, which hits 50W, but Samsung has notably had fans in chargers as low as 10W.

Thus far, we’ve been unable to find any clues to the power output of the upcoming Pixel Stand. That said, the app appears to be preparing “profiles” for the fans, specifying how many fans should be running and how fast.

Digging deeper, we found that the fan profiles will be used to speed up, slow down, or stop the fans altogether based on a variety of factors. For example, if you say “Hey Google,” the fans will quiet down for a bit to better understand your voice command, and the same goes for most apps that use your microphone.

The fans will go even quieter if you’re using the Pixel-exclusive Google Recorder app to charge your phone and record a conversation simultaneously. This same extra quiet profile seems to be used automatically when your Pixel is set to “Bedtime mode” to prevent the noise from bothering you as you sleep.

Beyond that, it appears you’ll be able to manually switch the charger’s setting between “Auto,” “Quiet,” and “Power Boost.” In Power Boost mode, the new Pixel Stand’s fans will spin much faster, likely to compensate for a faster-than-usual charge rate.

The only other clue we find to this new Made by Google wireless charger is a codename, “Luxuryliner.” Considering the 2018 Pixel Stand is codenamed “Dreamliner,” it seems clear that this new charger will carry the Pixel Stand branding. It’s not clear whether the “Luxury” portion of the name is in any way a reflection of this upcoming Pixel Stand’s premium build or features.

Of course, the inclusion of fans and fast charging in this second-generation Pixel Stand would point very directly to the Pixel 6 series being capable of faster Qi charging than previous years. This, combined with the stark new design and use of Google’s own chips, further makes the case of Google wanting to push these Pixels and its accessories to the heights of its competitors’ flagships.