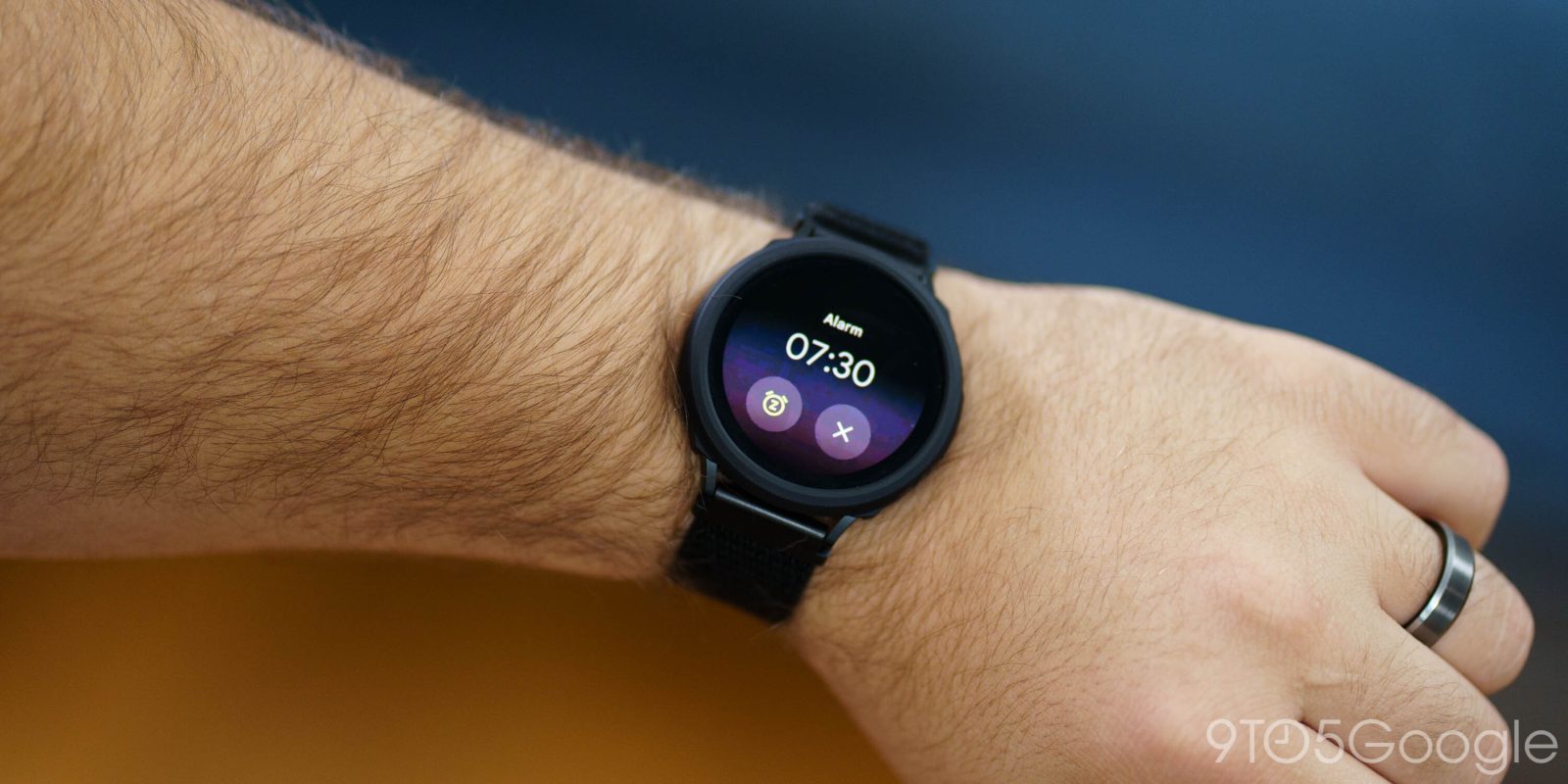 Back in August, Google widely rolled out a visual revamp of its wearable Play Store. Google Clock now looks to be the next Wear OS app to get a Material You redesign.

Our first look at Material You for Google Clock on Wear OS comes from the Play Store listing. On smartwatches, the Clock app powers three different experiences that all have their own icon in the launcher.

Starting with “Alarm,” the first screenshot shows the center yellow pill flanked by a high-level countdown and the date. This is the preview screen for an alarm. You’ll notice very light yellow theming in the top-left corner that’s emblematic of Wear OS 3.

The second image shows an alarm triggering with buttons for snoozing and stopping (with an ‘X’ that’s much clearer than today’s icon). There is a nice background gradient that’s reminiscent of Sunrise and the new invocation screen on Android phones.

Finally, there’s a much better screen for repeating alarms. It’s a list today, but Google will soon make use of a more efficient grid view.

For “Timers,” the list view showing pre-set increments makes use of pills with blue backgrounds instead of just being on a dark one. Meanwhile, Google is now using a centered FAB at the bottom of the screen.

Next up are much better UIs for setting increments. The radial time picker is gone for a standard left-to-right one that lets you set the hours, minutes, and seconds. This will presumably also be used in Alarm and Timer.

Lastly, the final two screenshots are presumably of the “Stopwatch.” This screen makes use of a red accent color throughout, while start/stop stands alone at the bottom and repeat is at the top.

This redesign of the Google Clock app is not yet rolled out, even when installing on the Galaxy Watch 4 running Wear OS 3. It’s unclear whether it will be limited to the new release or whether all existing watches, like with the Play Store, will see it.