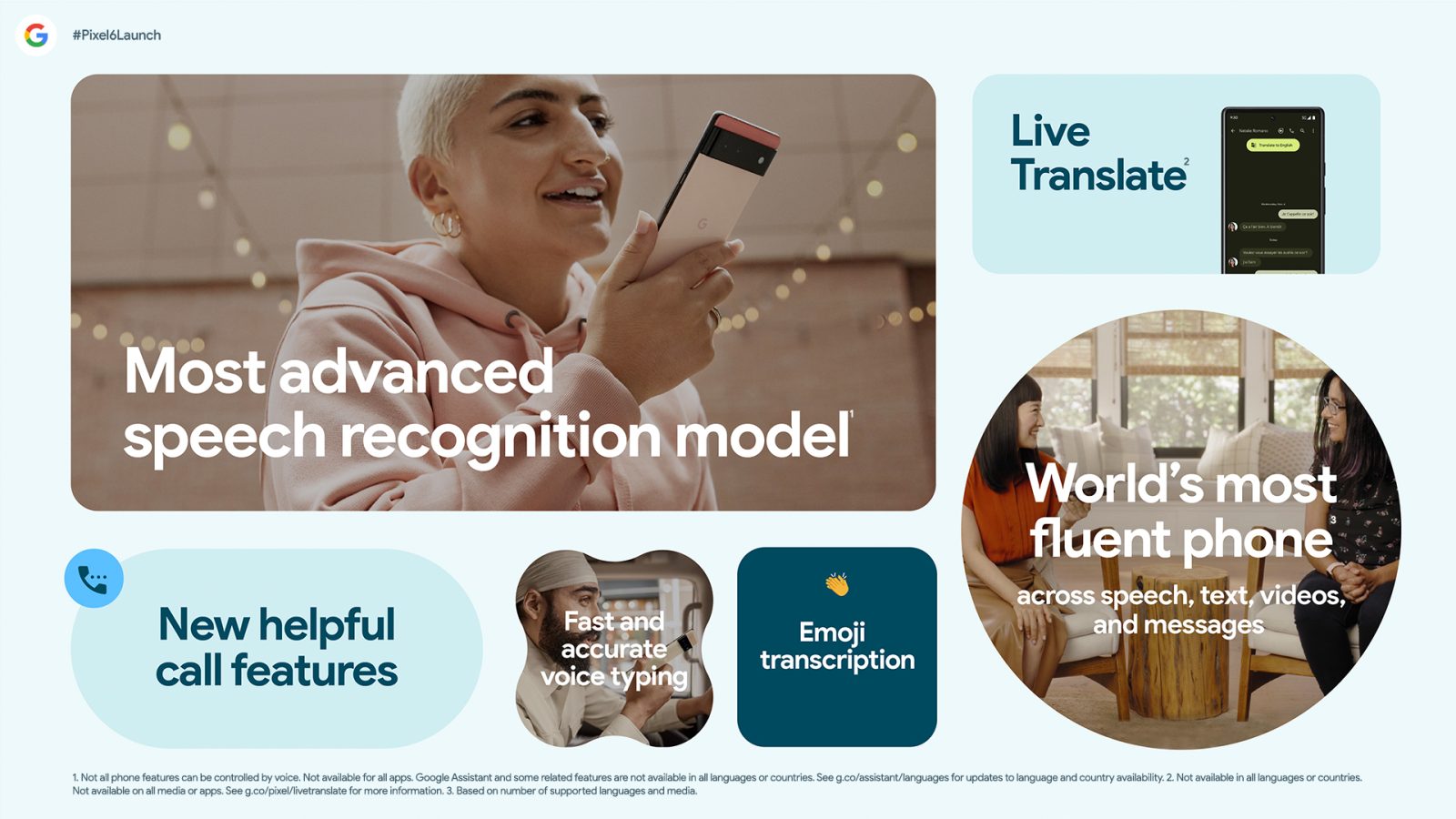 As one of the many benefits of built-in Tensor machine learning, the Pixel 6 will be able to “Live Translate” incoming messages, text in your camera viewfinder, and transcribed audio — even when offline.

Over the years, Google Translate has steadily gained a reputation for aiding communication across languages, even being integrated into services like Twitter and YouTube. In many cases, you need an internet connection to use Google Translate, but the Android app allows you to download certain languages for offline translations.

With the machine learning prowess of the Pixel 6 series’ Tensor chip, Google is introducing a suite of features it calls “Live Translate” that can work using downloaded language models. In addition to making translation available while offline, doing translations directly on your device also allows more potential for privacy.

Or, if you’re trying to watch a video in another language, Live Translate can work in conjunction with the Pixel series’ Live Caption feature to transcribe audio playing on your phone then translate it into your language. That said, only a handful languages, such as English, Japanese, and German, support these captions so far.

Meanwhile, Google is also taking the debut of Live Translate on Pixel 6 as an opportunity to highlight and upgrade some of its existing translating capabilities. The Google Lens feature built into Pixel’s Camera app is capable of reading text in other languages, translating it, and placing it back into your viewfinder, using augmented reality, a feature which can now work offline with 55 languages and 104 online.

Similarly, Google Assistant’s “Interpreter Mode,” which audibly translates active conversations between participants in two languages, is gaining the ability to work offline using an on-device model. For now, only translations between English, German, and Japanese are supported offline, while 48 are supported when online.