Can it run Crysis?…actually, with NVIDIA GeForce NOW it can [Video] 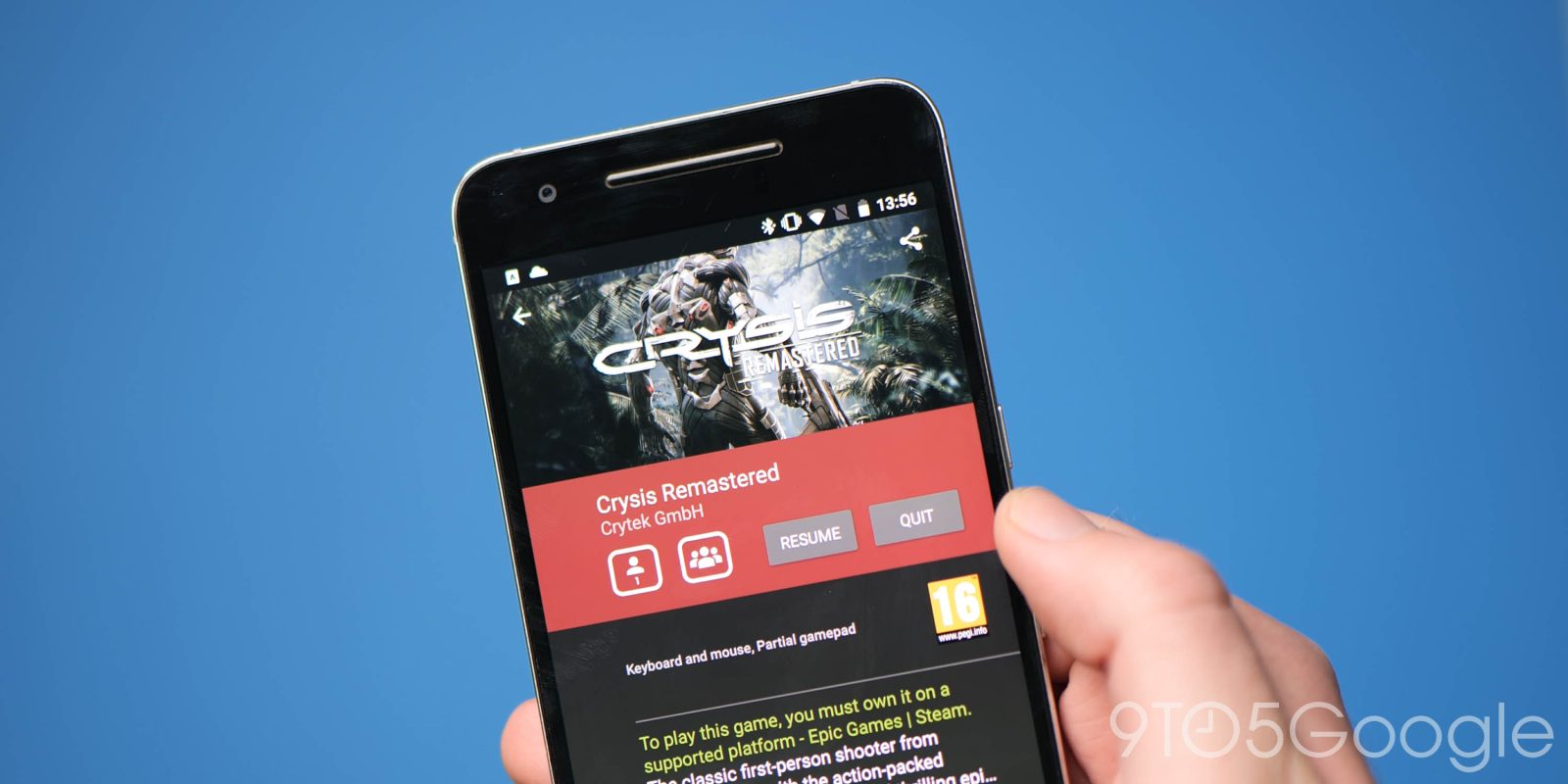 To celebrate the launch of the Crysis Remastered on NVIDIA GeForce NOW, almost every single device you own should now be able to “run Crysis”. We’ve decided to put that to the test in our own special way…

Back in the heady days of 2007, we were all asking our PC gaming friends “but can it run Crysis?“. How times have changed, the original title required at least an Intel Core 2.0GHz processor, 1GB of RAM, an NVIDIA GeForce 6800 GT and 12GB of storage space. Even then, it might not have run all that great with 60fps almost impossible on all but the most powerful PCs of the time.

Here in 2021, that “recommended” spec sheet isn’t even as powerful as some of the highest-end smartphones you can buy. That means the original unedited version of Crysis could, at least in theory, run on a Samsung Galaxy S21 Ultra or even the Google Pixel 6 — likely at reduced resolutions and frame rates. The remastered version of the original Crysis — which is a completely modern and graphical overhaul — is a completely different beast and requires a little bit more to get running smoothly.

Even if you’re still rocking a 10-year old PC…or…an ancient smartphone you too can experience the full Crysis Remastered Trilogy with ray tracing and DLSS support at super smooth frame rates all thanks to GeForce NOW. Don’t just take our word for it, we’ve put it to the test:

Your old smartphone: It can run Crysis?!

Sure, the newly released Pixel 6 can play through these remastered classic FPS titles but how about the original Pixel? Why don’t we go back further? How does an old bruised and battered Nexus 6P that barely holds a charge handle Crysis Remastered?

In terms of gameplay, there really isn’t a single difference — save the phone size, screen resolution and shape. It’s incredible that a smartphone from 2015 runs Crysis as well as the latest and greatest Google Pixel 6 and 6 Pro. Heck, you might have an old phone or tablet lying around that you could use as your dedicated cloud gaming console without needing to sideline your main device.

So here’s the best news: Yes! Your old phone can now officially run Crysis. Because NVIDIA GeForce NOW gives you access to a powerful high-end gaming PC in the cloud. A gaming PC that has no trouble powering through the Crysis Remastered Trilogy at the highest graphical fidelity thanks to RTX graphical prowess.

Your old smartphone, tablet, Chromebook or PC can now run all manner of high-end PC titles classic or current without breaking a sweat all thank to NVIDIA GeForce NOW. Don’t just take our word for it though, NVIDIA is offering Crysis Remastered for free when you sign up for a paid-for GeForce NOW subscription.