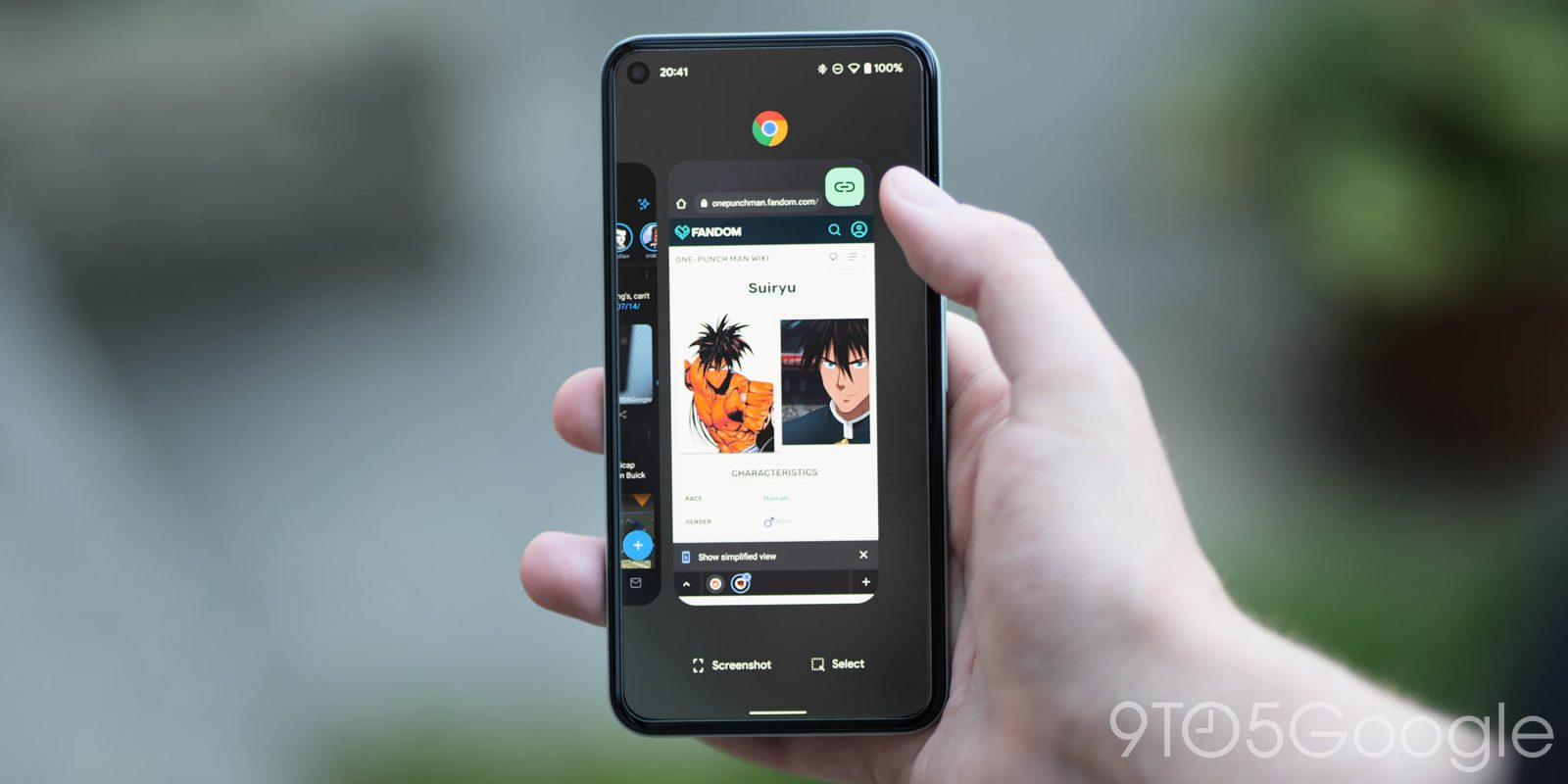 When Android 12 launched in late October, the “Capture more” button in the bottom-left screenshot preview would not appear in Chrome. This was due to the Google browser and other WebView instances not being a “standard View-based UI.”

That said, Google has been working to make scrolling screenshots available system-wide, and it’s now supported in Chrome on Android 12 without any additional user action. This change was widely rolled out today and quietly occurred in recent days (the latest version of Chrome 96 widely rolled out yesterday). We’re seeing it on a Pixel 6 Pro still running the November security patch, as well as on Google devices running Android 12’s December patch and 12L.

It works in a fairly straightforward manner. Taking a screenshot in Chrome now shows “Capture more” next to the share and edit icons. You’re then taken to the same fullscreen viewer where you can select more (or less) of your current screen. There are options to edit, save, and share directly.

Besides message threads, websites are the biggest thing users want to visually save. The availability of scrolling screenshots in Chrome should let people capture and manage less images. Meanwhile, we’re still waiting for Chrome’s new Material You widget.