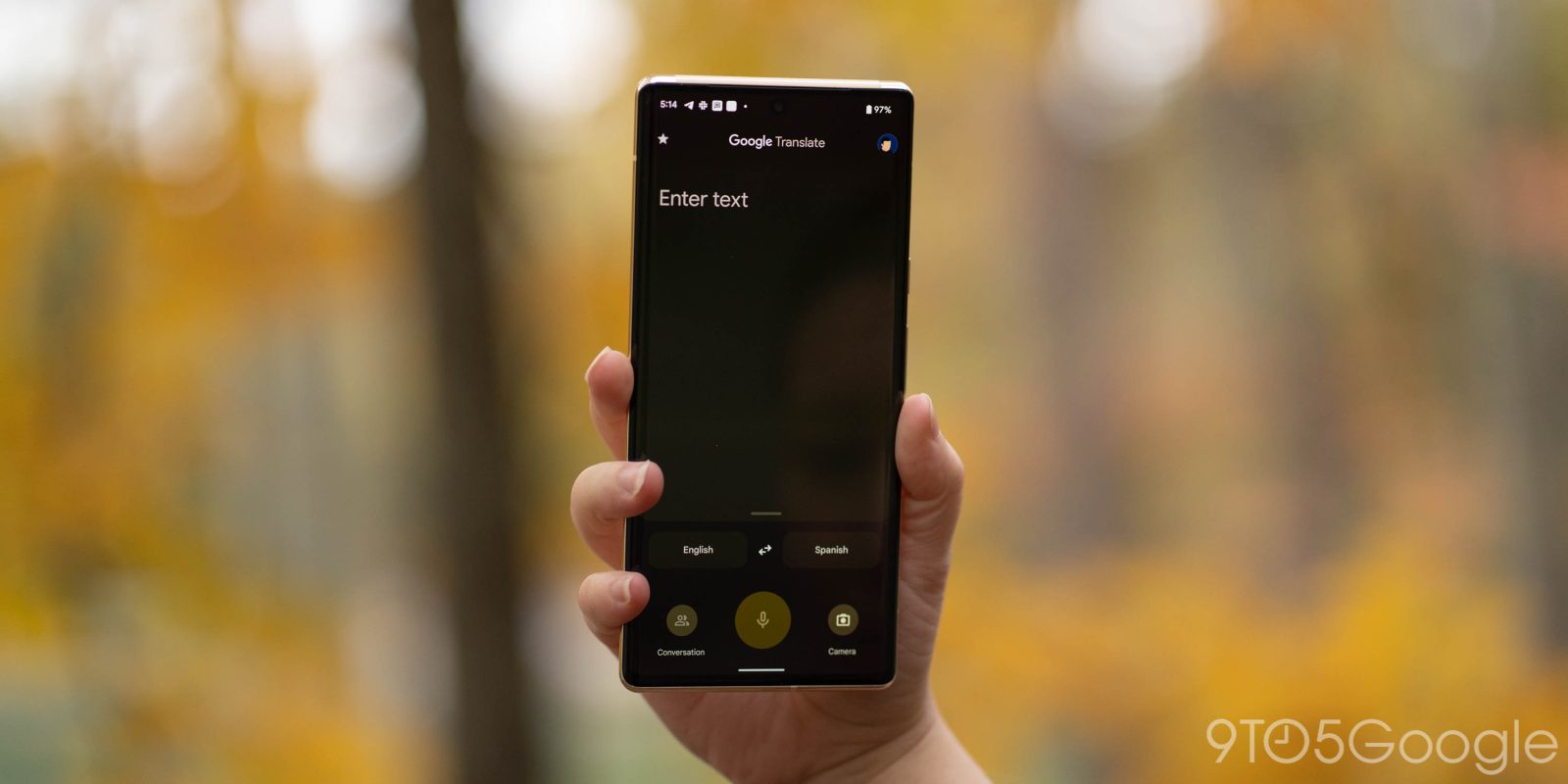 The updated Google Translate app first rolled out in late October, just in time for the release of the Pixel 6 and Pixel 6 Pro. At the time, however, the update was only showing up on those Tensor-powered devices, and not on any older Pixel phones or other Android smartphones.

This afternoon we’re seeing the redesign live on Google Translate version 6.26 and 6.27 on Pixel 4 XL and Pixel 5 respectively, suggesting that this is likely a server-side change. We’re not seeing the update on other Android devices such as the Galaxy Z Fold 3 on the same app version. If you’re not yet seeing the redesign on your Pixel, checking for updates on the Play Store is certainly a good place to start.

Like on the Pixel 6, this new design respects Android 12’s wallpaper-based Dynamic Color feature. On the Pixel 4 XL, there don’t seem to be any features missing from the app as compared to Pixel 6, but the translations are likely slower than that phone with its AI-focused chip.