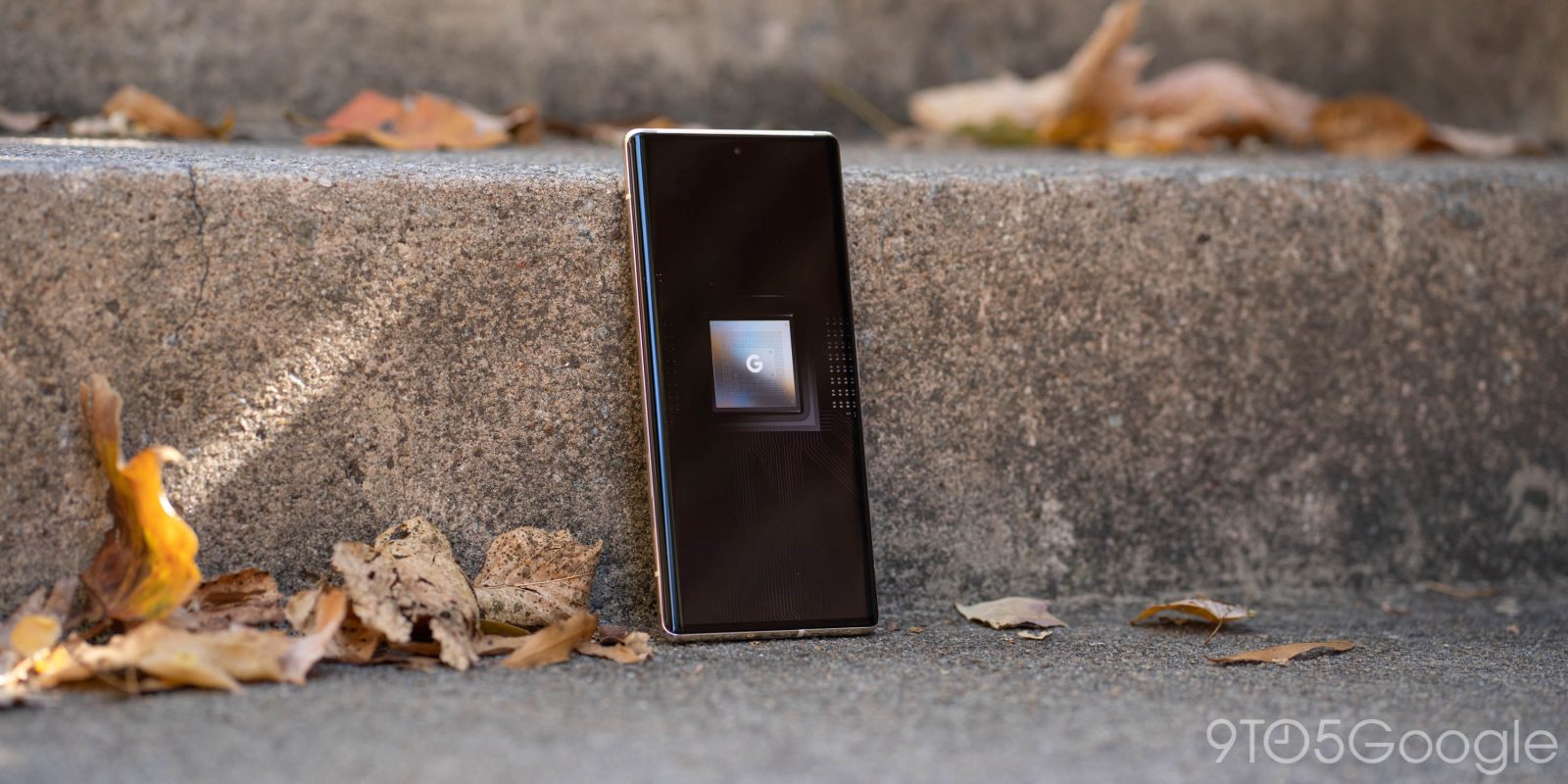 Google Tensor is the company’s first chip for smartphone, and in real-life use on the Pixel 6, it puts out an impressive show, even against flagship chips from Qualcomm. However, there are still plenty of details about Google Tensor that the company didn’t really get into, but a new deep dive shows the Exynos roots of the product, gives better numbers on how the chip compares to others, and more…

The folks at AnandTech this week published an in-depth dive into Google Tensor on the Pixel 6/Pro, offering plenty of technical details about the chipset and what it really brings to the table.

In this report, the first interesting detail comes in seeing the Exynos roots of Google Tensor. As had been previously discovered by others, Tensor comes with a chip ID that’s virtually identical to Samsung’s format. Tensor carries the ID S5P9845 where Samsung’s latest homegrown chip, the Exynos 2100, carries the ID S5E9840. Our Dylan Roussel has also observed several direct references to “Exynos” within files on the Pixel 6, helping to back up these Exynos roots just a bit.

On the silicon side, the chip has another model number, with the SoC’s fused chip identification following Samsung’s Exynos naming scheme. Here we find the chip has an ID of “0x09845000”, which corresponds to what would be S5E9845 (Edit: It’s actually S5P9845). The latest Samsung LSI SoC, for reference, is the Exynos 2100, which is identified as the S5E9840.

The report goes on to explain that Tensor is using the “same clock management and power management architecture” as Samsung uses on its Exynos CPUs, with more similarities in other components of the chip such as memory controllers. Previously, we also found evidence that seemed to support that Samsung is manufacturing the chips, and led us to believe that Tensor, at the time known as “Whitechapel,” would share some software components with Exynos designs.

The Samsung-provided modem is especially notable since it makes the Pixel 6 Pro one of the first phones in the US to offer mmWave connectivity on a non-Qualcomm modem. Interestingly, the modem is not directly integrated into the chip on Tensor as it is on the comparable Exynos 2100.

However, there are also many things that differentiate Tensor from your typical Exynos chip. Google is using two media encoder IP blocks, one provided by Samsung and another provided by Google, primarily for handling AV1. Plus, Google is using a different processor core setup compared to an “equal” Exynos, with Tensor having its 2+2+4 arrangement. And on that note, Google’s use of the aging and much less efficient A76 cores is described as “making no sense” given the large disparity in performance efficiency.

One of the biggest differences in Tensor compared to Exynos comes from the Google-developed “edgeTPU.” Interestingly, Tensor’s version of the TPU appears to draw up to 5W of power, a considerable leap above a chip of the same name that Google announced in 2018 that only drew 2W.

That TPU, too, has mixed results in benchmarks against solutions in Exynos and Snapdragon chips. Tensor was above Exynos but behind Snapdragon in image classification/segmentation and object detection tasks, but absolutely destroyed those competing chips, and Apple’s A15, in language processing.

Looking at the facts, it’s certainly clear that Google Tensor isn’t a fully self-made chip by Google, having at least some roots in Samsung’s Exynos designs. At the same time, though, there are plenty of changes Google has made that are truly their own, leaving the description “semi-custom” as a good description of the offering.

The report next dives into memory, were it’s said that “Tensor’s DRAM latency isn’t good” compared to Exynos 2100 and Snapdragon 888, and that on the whole, Google’s chip handles several things differently compared to those more standard chipsets. This leads to Tensor falling behind in tests involving memory latency. The primary impact this may have falls on power consumption, as Tensor ends up “wasting” clock cycles on cores while waiting on the memory, in turn losing some power.

Compared to Snapdragon 888, Google Tensor is approximately 12.2% less powerful on the whole, while taking approximately 14% more energy to complete the same tasks at a slower rate. The size of this gap is, by AnandTech’s reasoning, seemingly attributable to how Google handles memory.

Meanwhile, talking about the GPU, AnandTech describes it as a “beast.” The Mali G78 GPU has 42% more cores than the same GPU on an Exynos 2100 and it also runs at up to 1Ghz. However, these beefier specs didn’t directly translate to considerably stronger results. Pixel 6 Pro managed around 21% better performance in benchmarking app 3DMark Wild Life, where its peak performance actually beat out both the Exynos 2100 and the Snapdragon 888, falling only behind Apple’s iPhone. Thermal throttling, though, left the phone sustaining much lower levels which were behind both of those chips and only marginally better than the Snapdragon 865+. Peak power output apparently hit over 9W, but sustained frequencies were low at around 3W. Heating up relatively quickly in games is something we noted in our review. The Aztec High benchmark showed similar results while Basemark GPU left the Pixel 6 unable to outperform the Exynos 2100 for some reason that wasn’t clear to the author.

The takeaway on Tensor’s GPU seems to be that, on paper, it is a “beast,” but that in practice the phone cannot maintain the levels of performance it’s technically capable of. A possible reason for this is that a powerful GPU can be used for compute tasks — such as processing photo/video — without hitting these limits, making the GPU great for compute but less so for gaming. In theory, better thermal solutions on future Pixel phones could improve gaming performance.

Heading toward the conclusion, Tensor’s effect on overall battery life seemed to make an impact, but not a drastic one. Pixel 6 Pro consistently fell well behind the Galaxy S21 Ultra, which has roughly the same screen size and battery size, in all tests. The standard Pixel 6 did as well, but also always had better endurance than the Pro model, sticking close to the Pixel 5’s battery life, for the most part.

In general, I do think Google has achieved its goals with the Tensor SoC. The one thing it promises to do [AI tasks, language processing, etc], it does indeed do quite well, and while the other aspects of the chip aren’t fantastic, they’re not outright deal-breakers either. I still think energy efficiency and battery life are goals of highest priority in a design, and there we just absolutely need to see better improvements in the next generation Tensor. We don’t know what path Google is taking for future designs, but it’ll be interesting to see.