Here’s where to buy the Motorola MA1 dongle for wireless Android Auto [Update: Sold out] 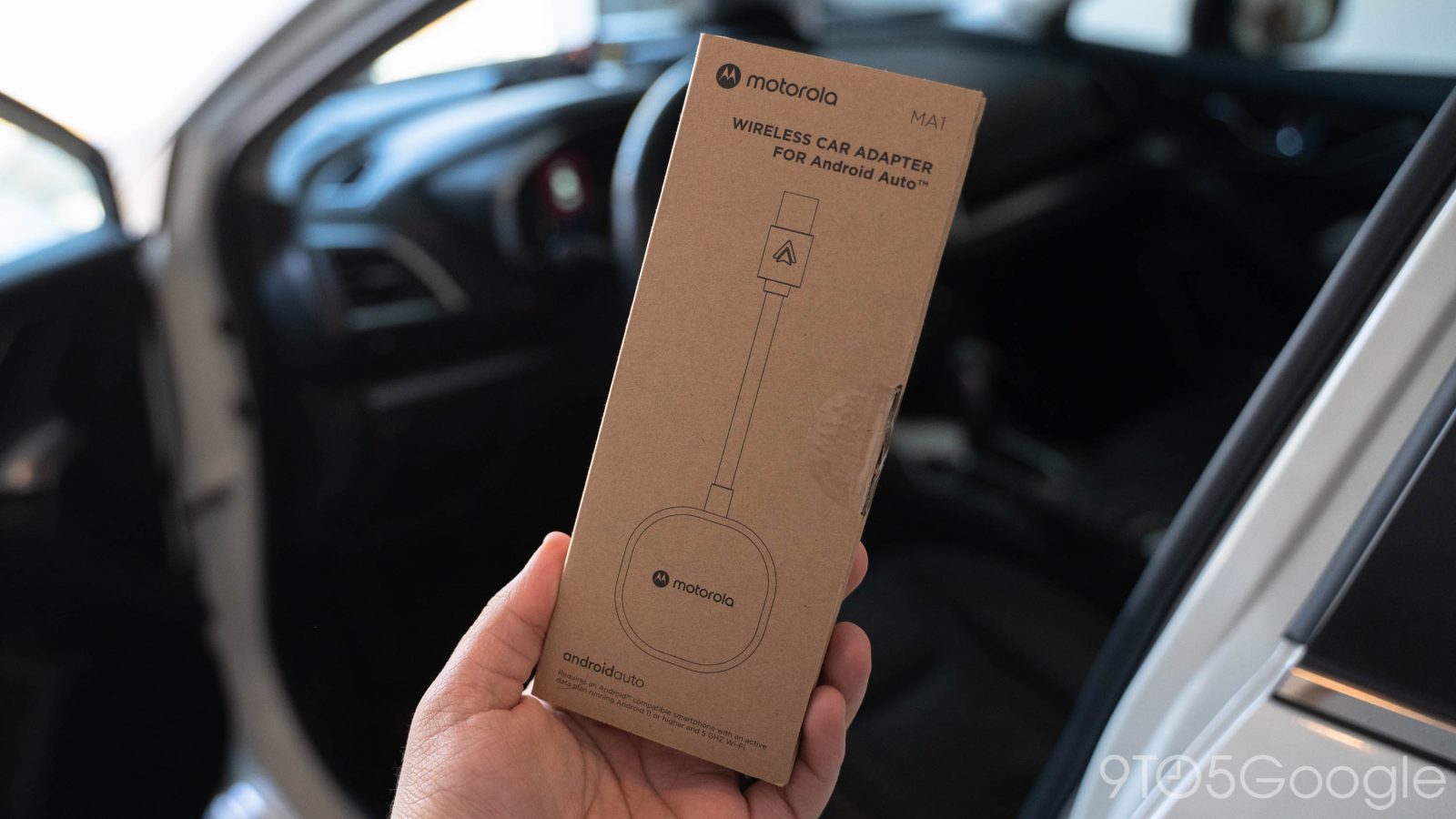 The demand for adding wireless Android Auto to your car is unsurprisingly high, which makes Motorola’s “dead simple” MA1 dongle a hard gadget to buy. Here’s where you can find it in the US.

First released at the beginning of the year, the Motorola MA1 is a simple gadget that plugs into your (Android Auto-compatible) car’s USB port and pairs over Bluetooth to your phone. Once paired, your phone recognizes your car as a wireless Android Auto device, meaning your phone no longer needs to be plugged in to display apps like Google Maps on your infotainment display.

Until recently, this space had been dominated by crowdfunded dongles like AAWireless and Carsifi that offer the same functionality. The key difference with the Motorola MA1 is that it’s the first dongle to be certified by Google for use with wireless Android Auto, though that distinction isn’t necessarily meaningful at this point.

Despite wireless Android Auto having been around for a few years now, it’s still not yet been made available on most vehicles. As such, the demand for these types of adapters has been surprisingly high. That overall demand combined with the MA1’s reasonable asking price of $89.99 and the Motorola brand name have made the MA1 quite the challenging accessory to purchase.

Where to buy the Motorola MA1

Thus far, the company behind Motorola Sound has only offered the MA1 wireless Android Auto dongle in the United States and only through two retailers. The first listing to go up was at Amazon, selling out in a matter of hours every time it has become available. More recently, the Motorola MA1 appeared at Target, was not shown as in stock for a few days after arriving.

We will do everything in our power to keep this page updated with the latest info of where to buy the Motorola MA1, but supplies are limited and sell out quickly. Amazon seems to sell out more slowly, with stock available for a matter of hours, while Target sells out almost immediately. That said, Target may be your best bet if you can act quickly. If you install the Target app and sign into an account, you can register for notifications of when the Motorola MA1 dongle is available for purchase.

Update: As of February 4, the Motorola Sound MA1 was very briefly in stock at Target for the first time. As expected, supplies did not last long, with the MA1 dongle selling out at Target within 5 minutes. Later in the evening, the dongle appeared for purchase at Amazon, with orders set to ship in late March. Unsurprisingly, Amazon also sold out quickly.

We’ll be keeping a close eye on availability at both Target and Amazon over the coming days and weeks, and we’ll update this post any time it becomes available for purchase.