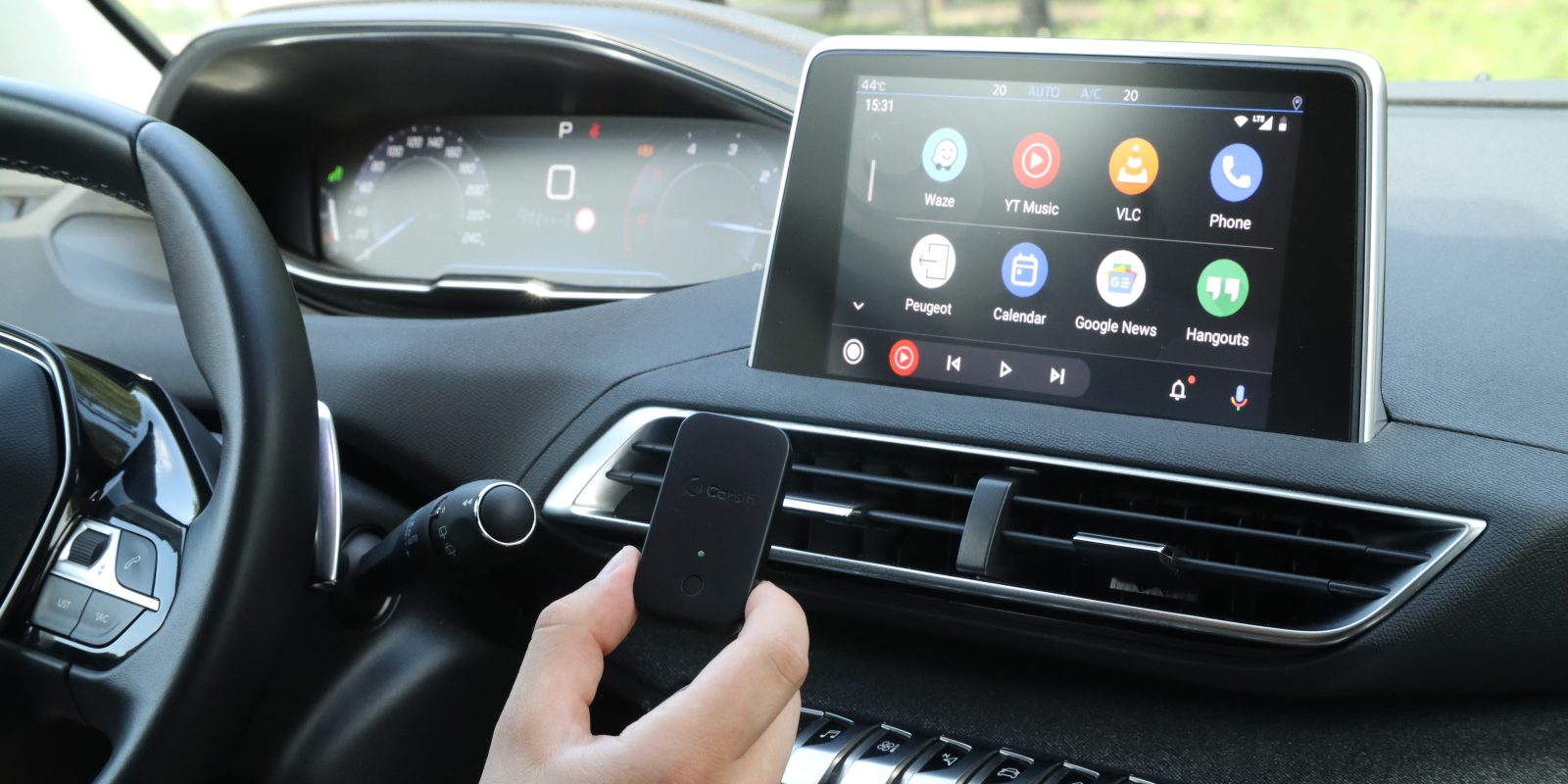 Wireless Android Auto ups the convenience factor for Google’s in-car platform, but support in vehicles is still incredibly scarce. The first dongle designed to easily add support for the feature to existing cars made its way to market last year, and now, another is making its debut with “Carsifi,” a “Wireless Android Auto adapter.”

Live now on Kickstarter, “Carsifi” is essentially the same product as “AAWireless,” a dongle with the same goal that launched last year. Like that product, this latest version plugs into your car and takes wireless input from your phone to display Android Auto on the screen. It doesn’t “install” Android Auto on cars that don’t already have it, but it does skip the step of plugging your phone in every time.

The main difference between Carsifi and AAWireless appears to be in the hardware. The Carsifi Android Auto dongle has a slightly smaller footprint that includes an LED status light and “Magic Button.” That button lets users switch between two different smartphones to use Android Auto with, which is the biggest difference between the two products. Carsifi also says it supports older versions of Android with 6, 7, and 8 supported in an “experimental mode.”

From the looks of the demos and the owner’s comments, it appears the basic functionality and pairing process will be nearly identical to AAWireless. We went hands-on with an early release of that product last year.

Those additions are certainly pretty compelling, but it’s worth noting that the project is just now starting out. Carsifi just kicked off funding on Kickstarter — and has already nearly doubled its $10,000 funding goal — and estimates deliveries starting in November.